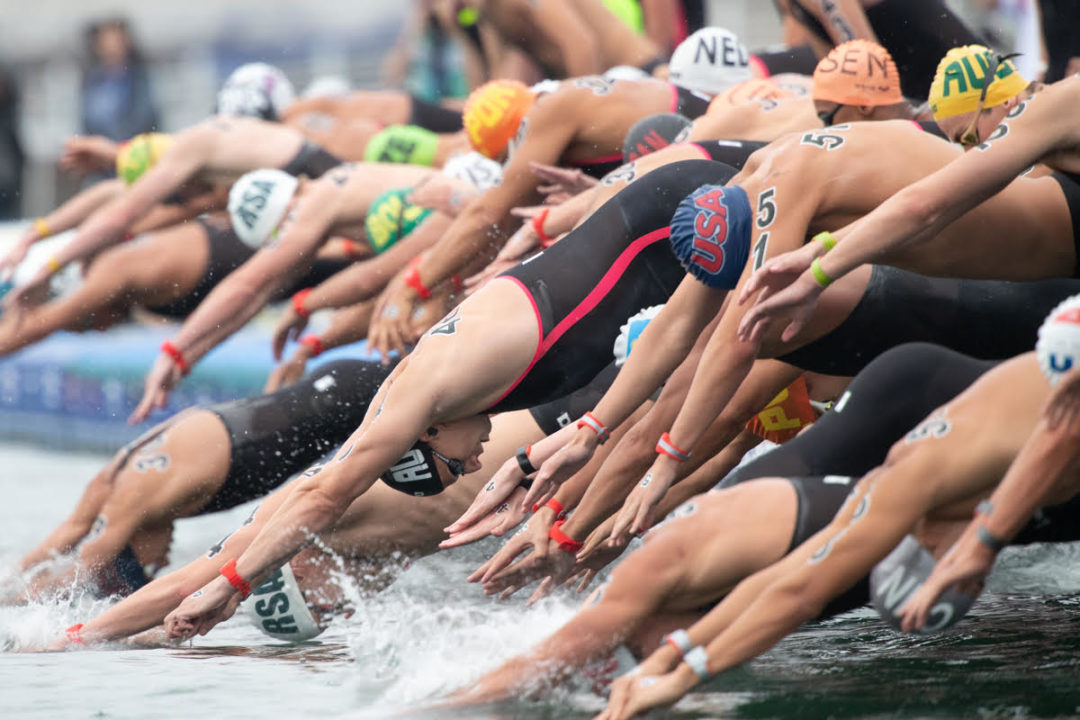 Earlier last week, a survey of the water at the Odaiba Marine Park produced mixed results, with excess levels of E.coli bacteria recorded on one day. Stock photo via “Rafael/Domeyko Photography”

Per Japanese news outlet The Japan Times, organizers of the Tokyo 2020 Olympics and Paralympics on Friday said they are confident next year’s marathon swimming races won’t be canceled thanks to measures to keep E. coli bacteria at acceptable levels.

Last year, we reported that in October of 2017, a water quality report released by Tokyo 2020 organizers jump-started concerns over conditions at Odaiba Marine Park, site of the marathon swimming and triathlon swimming events at the next Summer Olympic Games.

During the test period contained within 2017’s report, results showed levels of E. Coli up to 20 times above the accepted limit and fecal coliform bacteria seven times higher than the permitted levels. Additionally, over the collection period, just 10 days saw the marathon swimming water quality standards meet those specified by FINA, while 6 days saw the triathlon quality standards meet those specified by the International Triathlon Union  (ITU).

Water-quality tests at Odaiba Marine Park during this past summer revealed that triple filtering screens kept E. coli levels within agreed-upon limits, the Organizing Committee announced at a news conference.

However, earlier last week a survey of the water in Tokyo Bay, where the swimming leg of the triathlon will be held in the 2020 Olympics, produced mixed results, with excess levels of E.coli bacteria recorded on one day, even in areas protected by underwater screens, according to Japanese news source Japan Today.

The jump was likely caused by heavy rain, they said. As in many other major cities around the world, Tokyo processes rainwater and household wastewater via the same sewage system.

When torrential rain overwhelms the city’s water treatment facilities, partly treated sewage and even raw sewage diluted with rainwater can find their way into the environment.

Swimmers who competed at a marathon swimming test event for the upcoming Tokyo 2020 Olympics which took place on Sunday, August 11, 2019, at the Odaiba Marine Park, too, expressed concerns in terms of water temperature and quality. Per the Organizing Committee, that open-water race was performed with the sole purpose of operational testing and no results were published.

Earlier in August, the International Triathlon Union’s Paratriathlon World Cup in Tokyo saw its swimming leg canceled due to poor water quality at the city’s Odaiba Marine Park. The E. coli bacteria found in a test conducted was reportedly two times higher than the limit set by the ITU.

Water quality in this area, the site of next year’s Olympic and Paralympic open water and triathlon events, has been an issue in the past. We reported back in 2017 how tests conducted on 21 days mirroring the scheduled dates of the Games revealed that day-to-day water quality at Odaiba varies significantly depending on weather conditions, particularly on whether or not it had rained.

In the summer of 2017, water tests conducted revealed that day-to-day water quality at Odaiba varied significantly depending on weather conditions, particularly on whether or not it had rained. Of the samples collected over the test period, just 10 days saw the marathon swimming water quality standards meet those specified by FINA, while only 6 days saw the triathlon quality standards meet those specified by the International Triathlon Union (ITU).

Tokyo 2020 organizers have pledged to keep the water clean and safe ongoing, however, time is running out for the water quality to be improved by August. In late 2018, Tokyo officials announced that they had been able to use underwater triple-layer screens to improve the water’s quality.

This year, the Committee installed a single-layer screen for last August’s open-water test event, and plan to apply the aforementioned triple-layer screen next year at the Olympics. These screens are designed to keep disease-causing agents like E. coli away from the swimmers.