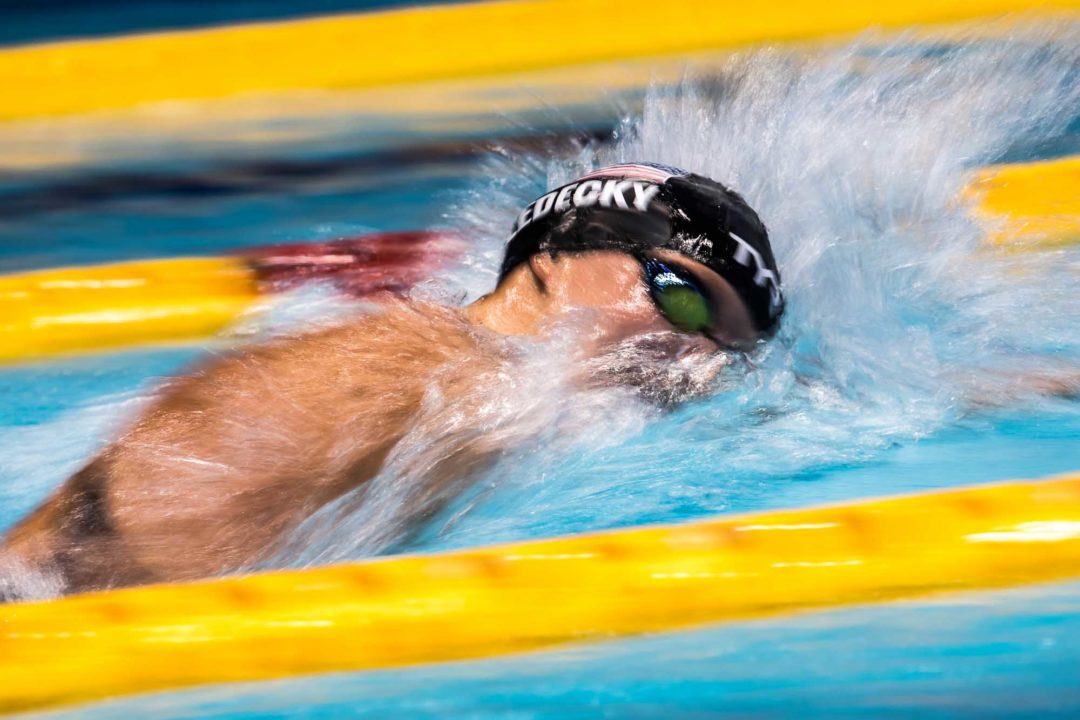 The official website for the 2020 Tokyo Summer Olympics has released an event schedule, including the much-anticipated swimming event order that includes three new races: the men’s 800 free, women’s 1500 free and a mixed 4×100 medley relay.

The bulk of the lineup appears to be the same as past Olympics, with the three new events (officially added to the Olympic program as of summer 2017) slotting into the already-established lineup. Here’s a look at the new events and their dates of competition. The Tokyo Olympics will run heats at night and finals in the morning to accomodate live TV schedules, so the traditional competition days are technically split up between two days – that is, day 1 prelims take place on Saturday, July 25, while day 1 finals will kick off the morning of Sunday, July 26 in local time.

The only other changes to existing events were relatively minor – the men’s 50 free moved back one day:

Here’s a look at the full schedule, including the events surrounding the three new ones in each session:

A quick early analysis of any conflicts:

Why is Katie so fast at distance?

A LOT can change in the next 15 months. Let’s see how worlds go this year before next season starts. Btw what was the percentage of swimmers that won in 2015 also won in 2016 ?

11/32 (34%) of the gold medals in Rio were won by the teams, or swimmers, who won the same respective events in Kazan.

I presume all finals are in the morning…I wonder if they could have slotted a couple at night- to improve the session, and maybe ease the pressure a bit..athletics has done this with a couple of events…look forward to the votes..

Actually it’s hard to find a better place for W1500. Not many women have such a versatility to reach both finals: at 200FR and 1500FR. Katie Ledecky is the only exception by far. Well, that is the other side of coin: if you got exceptional talent you will have as an extra exceptionally tough schedule.

Am I reading correctly that the 800 and 1500 prelims are at night and finals next am. That is a short turnaround

There’s a day and a half between prelims and finals: so women’s 1500 heats are on Monday evening and finals on Wednesday morning. Same for the men’s 800 (Tuesday night/Thursday morning)

Please tell me I am not the only one to think that introducing mixed relays to the world is the STUPIDEST thing. All for more events that are RELATABLE and EXCITING to folks like summer leaguers, the future of the sport… yet they choose something that will confuse the outside world, as well as disinterest the inside one. Only thing exciting about a quirky mixed relay is an additional time to see names like Dressel and Peaty go after quick splits. #GIVEUS50’s

This is so stupid. No sport similar to swimming has a mixed relay. It only shows which team is the most developed in men’s and women’s swimming. It means nothing. Just bring in stroke 50s. Those are so much more fun to watch

I’d be surprised if it wasn’t the US pushing the most for its inclusion.