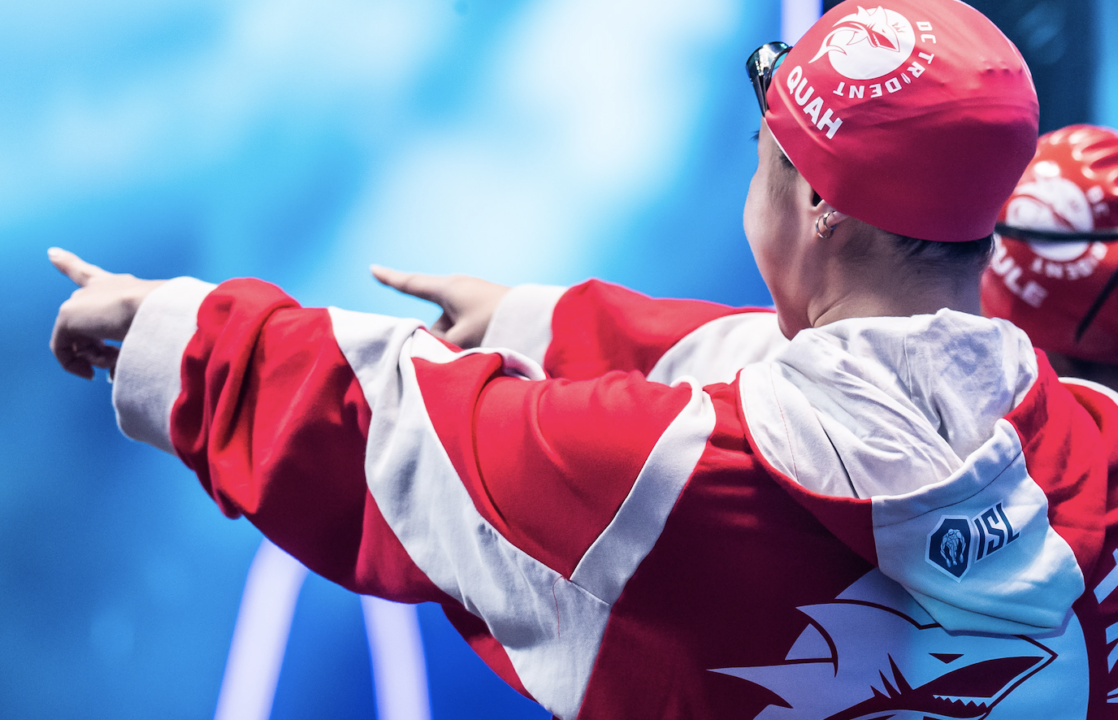 Singaporean swimmer Quah Ting Wen raced her way to a new national record in the women’s 50m free while representing her DC Trident squad in match 7.

28-year-old Quah entered today’s meet having just lowered her own record in the splash n’ dash event last week, setting a new mark of 24.26. Today, however, Quah hacked that to bits to register a new record of 24.03 en route to landing 4th place and 5.0 points.

Quah is nearing the 24-second barrier in the event, sitting just .04 from becoming the first woman from her nation to get into the 23-second zone in this SCM event. She already was her nation’s first-ever sub-54 second 100m freestyle with her record from last year’s ISL season, which you can see in her list below.

The former UCLA athlete also competes in the 50m and 100m fly individual events for DCT while also consistently performing on the squad’s medley and freestyle relays. Her highest individual finish is represented by her 50m fly second-place result in match #5 where she hit a new national record of 25.35 in the event.

Pride of our nation