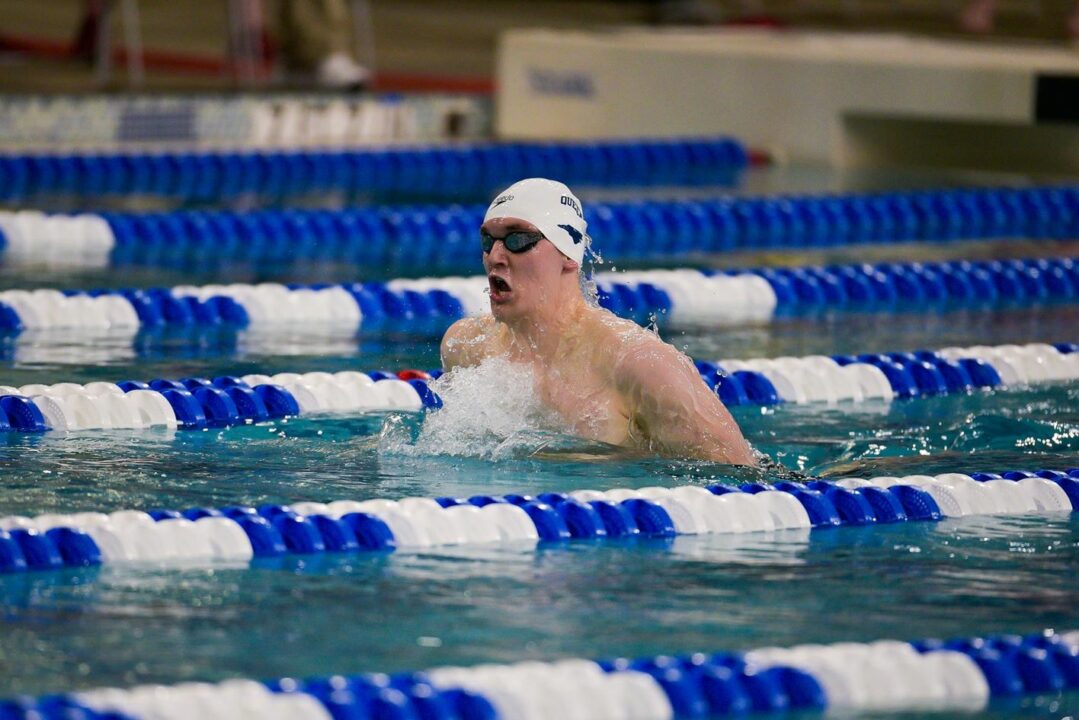 In the first day of the BMC Championships, the Royals set three new conference records in the men's 200 medley relay and 50 free, and the women's 1000 free. Archive photo via Queens Athletics

During the first day of the 2022 Bluegrass Mountain Conference Championships, the Queens University of Charlotte swimmers set three conference records.

Lange narrowly won her race, beating Wingate’s Kate Agger by less than a second. Agger would go on to lower her school record with her time of 9:56.01.

Dusa definitely slammed out a 19.0 leading off Queens’ 200 Free Relay as well.