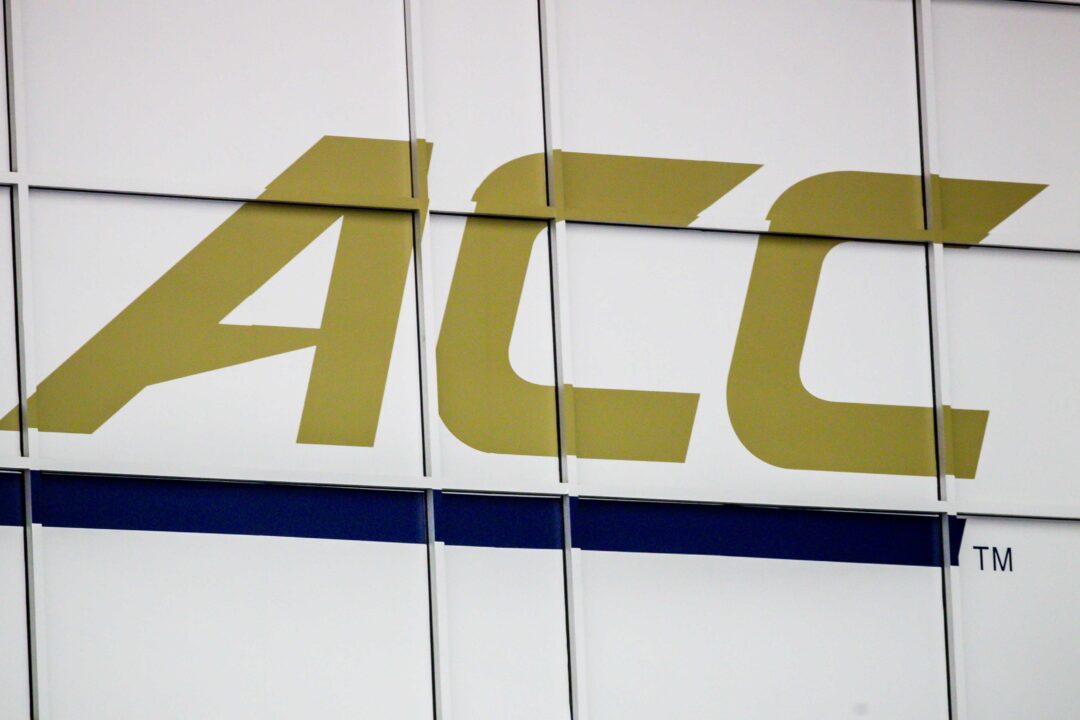 There has been an unusually-high number of coaching changes within the ACC since the 2021-22 NCAA season concluded in March. Stock photo via Jack Spitser/Spitser Photography

Every NCAA offseason yields a number of coaching changes from some of the country’s top swimming & diving programs, but it’s rare we see so many come within one conference.

Since the conclusion of the 2021-22 season in March, there has been a lot of turnover in coaching in the ACC, and in many cases, replacements have been coming over from rival programs.

The latest came earlier this week, when it was announced that former Notre Dame assistant Joe Brinkman was taking over as the new head coach at Boston College.

The turnover at Notre Dame was in many ways the catalyst of all of these intra-ACC coaching changes.

The Irish began searching for a new leader this offseason after former head coach Mike Litzinger resigned early on in the 2021-22 campaign.

In April, it was announced that Notre Dame had named Chris Lindauer as the team’s new head coach, coming over from ACC foe Louisville.

Lindauer eventually brought on another Lousiville coach, Kameron Chastain, to join him at UND, and he also hired Kelsi Dahlia, a legendary swimmer with the Cardinals who had was only a few days out of announcing her competitive retirement.

Also joining Lindauer with Notre Dame were two other ACC coaches, Trevor Carroll from Pittsburgh and Josh Stanfield from Duke.

With Lindauer building his new staff at Notre Dame, two former Irish coaches stayed within the conference, with Brinkman’s move to the Eagles being the latest. The other was former associate UND associate Aaron Bell—who resigned at the same time as Litzinger—who joined the Louisville staff after the departures of Lindauer and Chastain.

Another move of note within the conference is Athena Miller, who moves to Florida State as an associate head coach after previously serving in that role with Pitt.

*Dahlia wasn’t a coach at Louisville, but would’ve had a job waiting for her if she wanted given her status within the program.

With so many of the coaches in the conference being familiar with one another, it could set up some interesting recruiting battles as ACC teams jockey for position and status in the coming years.

It’s also worth noting that Virginia head coach Todd DeSorbo also came over from another ACC program when he was first hired in 2017, joining the Cavs from NC State.

NC State Head Coach, Braden Holloway, also was an ACC transfer from VT. The ACC Coaching world is a small one. Keep your friends close, and your enemies closer.

Joe Brinkman is one of the best coaches I have ever swam under; he helped me through some serious low times and cheered me on during the happiest high times. I’m sure he will do great things at BC while also bumping Boston’s Boy – Sammy Adams – on the pool deck!

This is a great hire for Boston College. Brinkman is a great developer of talent and will make BC more competitive in the ACC in the very near future. The son of a very successful High School coach, coaching is in his blood and he connects with and motivates his athletes by becoming a partner in their journey.

This reads like the MLB trades section of a newspaper. Curious if there are “any swimmers to be named later” as part of the deals, or “future cash considerations”!

Todd DeSorbo wasn’t fired from NC State. He chose to leave to go to UVA.

That was actually an unfortunate typo, meant to say “first hired.” Fixed now, thanks.