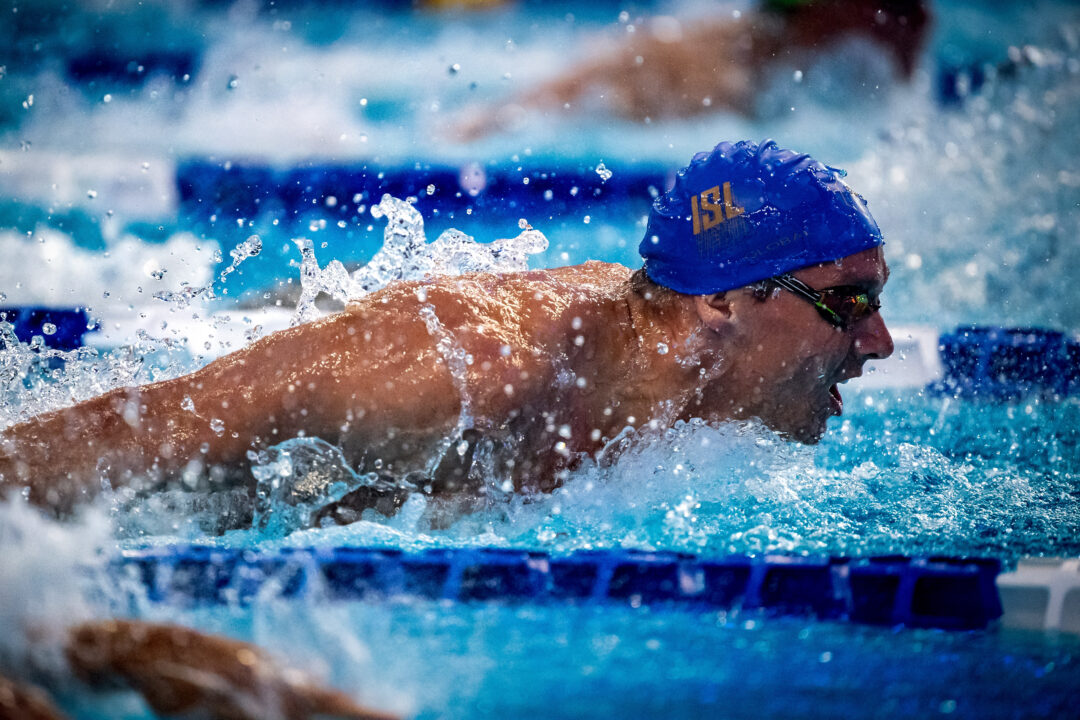 The 2021 ISL regular season has had some impressive swims, including 7 new ISL Records and 1 new World Record, and a World Junior Record. Current photo via Giorgio Scala/Deepbluemedia

The 2021 ISL regular season has had some impressive swims, including 7 new ISL Records and 1 World Record.

There have been other notable swims in season 3 that did not break an ISL Record. For example, Nicholas Santos produced a 21.83 in the 50 butterfly in Match 10, the 6th-fastest performance all-time, but not as fast as Santos’ own ISL Record which stands at 21.78 set in season 2. Ilya Shymanovich swam a 25.41 in the 50 breaststroke in Match 3, though this falls 0.12 short of Emre Sakci‘s 2020 ISL Record. Evgenia Chikunova lowered her own World Junior Record in the 200 breaststroke with a 2:17.57 in Match 9, however this time is not quite as quick as Lilly King went in Match 6 and though impressive is not the fastest time this season.

Caeleb Dressel has the most top times in the regular season with 4 while Ilya Shymanovich and Daiya Seto each have 3 top times this season. The top performers on the women’s side are more diverse and only three women, Lilly King, Beata Nelson, and Kelsi Dahlia, all of the Cali Condors, have registered multiple league-leading swims. In total, the Cali Condors own 13 top times in season 3: 6 on the men’s side and 7 on the women’s side. Energy Standard, meanwhile, only owns 8 of the best performances this season, with 4 on the men’s side, 3 on the women’s side, as well as the mixed medley relay. The London Roar has achieved 5 top times (3 men’s and 2 women’s), while Iron has registered 2 top times, both in the 50 butterfly. The DC Trident has also achieved 2 top times while the Toronto Titans, the Aqua Centurions, the LA Current, and the New York Breakers all have just 1 top time. The Tokyo Frog Kings have 3 of the top times this season, all coming from Daiya Seto.