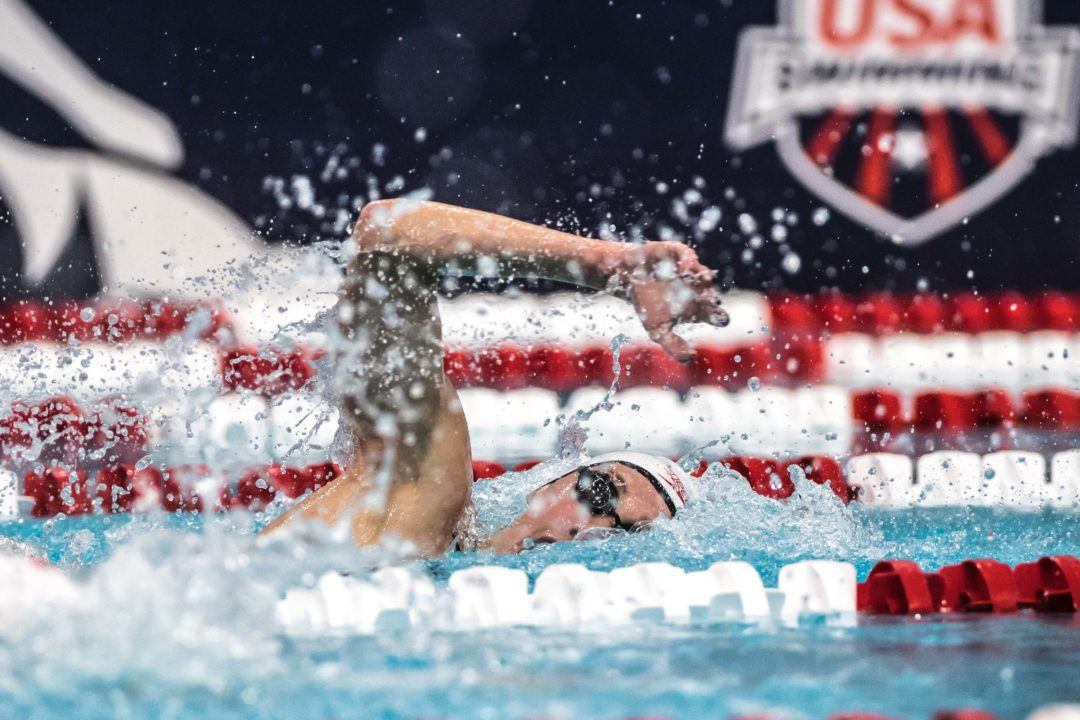 After missing Canada’s World Championship team in 2017, Taylor Ruck has been red hot. Throughout the summer she found a ton of success on the Mare Nostrum Tour, posted the world’s #6 200 back (2:07.3) at the Canadian Junior Champs, and finished things off with a six gold, seven medal performance at the World Junior Championships at the end of August.

At the Atlanta Pro Swim on Friday night Ruck completed an insane double, winning the 200 back and 200 free in about a 20 minute span.

Though the 17-year-old Ruck was under Australian Kaylee McKeown‘s Junior World Record of 2:06.76, it will not count as she’ll turn 18 later this year (WJRs recognize ages as of December 31 of the year of the swim).

Looking at the split comparison, Ruck was out much faster in Atlanta than she was in December, nearly a full half second on the first 50. Her middle 100 was virtually identical, with her last 50 about four tenths slower. Check out the splits of both of her record swims, along with Maclean’s, below:

Ruck now has three gold medals at the meet with one day left, as she took down world record holder Sarah Sjostrom last night in the 100 freestyle, clocking a time of 53.37. She’s currently tied for #2 in the world in the event with Australian Bronte Campbell at 52.96.

Has she committed to a school yet or is she planning to go pro (if she isn’t already)?

She is going to Stanford

why am i not surprised?

After talking about great chances of Canadian 4×200 relay for a few years already I was surprised to learn that national record at 200 was that slow.

The Canadian relay was more about depth than having one swimmer that was way faster than the others. They don’t have anyone that can go 1:54 (right now) but they have about five or six swimmers at 1:58 or faster which is enough to be competitive on the world stage

I know that and I remember great times shown by Canadian swimmers at WC SC and that’s why I was surprised with this 1:56.96 National record. The time that wouldn’t even get rank #20 last year.

Sometimes it takes a failure (for her missing the 2017 World’s team), to kick things up to a a new level even you didn’t know you had yet. I am very happy for a new level of success. Not everyone can turn a disappointment around. Oh and of course, I am very happy she is going to Stanford and we get to see her in NCAAs.