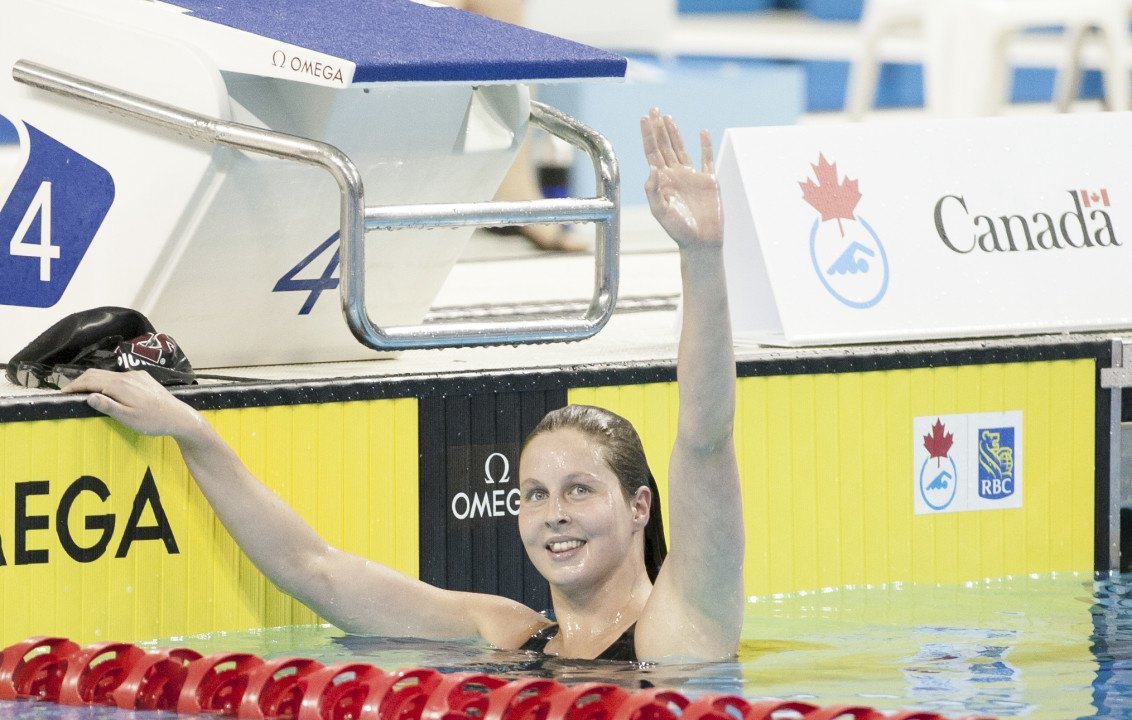 Sydney Pickrem broke her own 200 IM Canadian Record in a time of 2:09.56 to vault to #1 in the world for the year. Archive photo via Chris Tanouye

In one of the most loaded events of the meet, Sydney Pickrem stepped up with a big swim in the women’s 200 IM at Canadian World Trials. Pickrem was strong on all four legs, particularly the back half, touching in a time of 2:09.56 to take half a second off her previous record set two years ago at the World Championships in Kazan.

The time vaults Pickrem to the top of the world rankings for 2016-17. Finishing second was Erika Seltenreich-Hodgson in a personal best of 2:10.97, slotting her in for 9th best in the world this year.

Here’s a split comparison of Pickrem’s old record from 2015 and her new one tonight:

Pickrem was faster on all strokes other than backstroke, making up nearly half a second in the breaststroke which was the difference maker.

After back-to-back 6th place finishes in Kazan and Rio, this swim proves Pickrem is ready to enter into the medal conversation at the biggest meets in the world. Two of the top five women in this event at the 2016 Olympics have retired in Maya Dirado and Alicia Coutts, opening the door for Pickrem. Her swim moves her up into the top 20 performers all-time, tied for 19th with Russia’s Viktoriya Andreeva.

Pickrem also had a strong showing in the 400 IM on night 2, winning in a big PB of 4:35.43 to move into 3rd in the world. It’s been a very impressive meet from Pickrem after a disappointing DQ in the 200 breast on day 1. She’ll be a major player in both IM events this summer in Budapest.