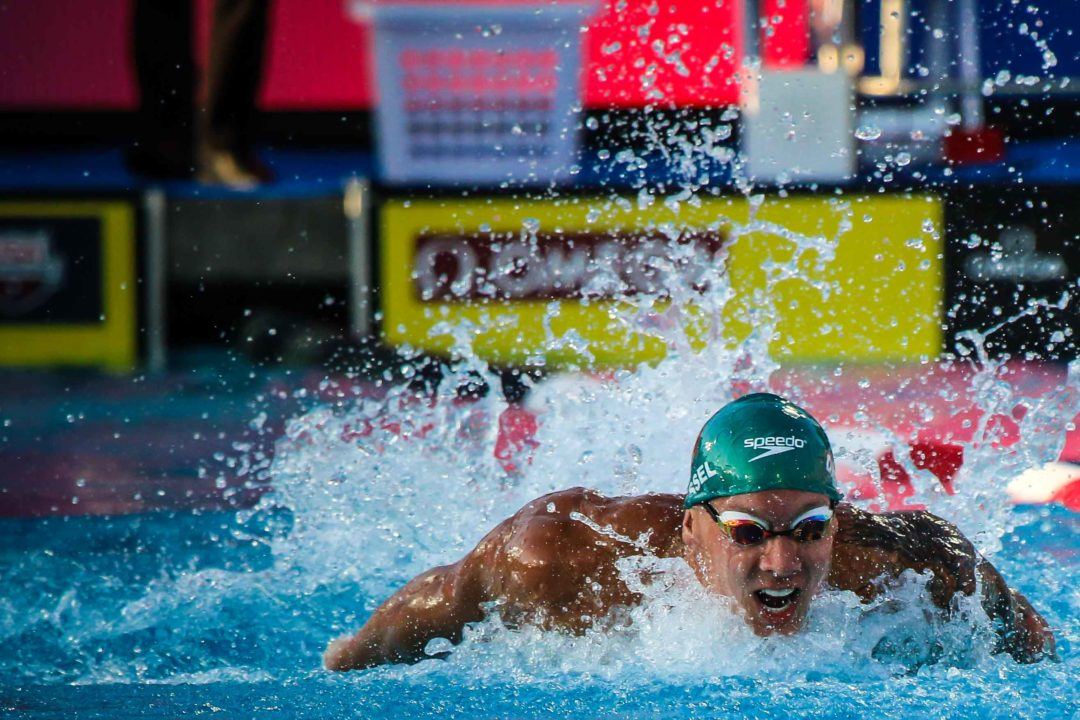 Almost two-thirds of voters predicted that the men's 100 fly world record was mostly likely to fall in our latest poll, which picked four relatively difficult - but possible - records to be broken next year. Archive photo via Jack Spitser

Question: Which of the following world records will fall in the year 2019?

Almost two-thirds of voters predicted that the men’s 100 fly world record was mostly likely to fall in our latest poll, which picked four relatively difficult – but possible – records to be broken next year.

Caeleb Dressel was incredibly close to breaking this record a year ago, going 49.86 at Worlds. The record stands at 49.82 from Michael Phelps in 2009. He dropped another seven tenths of a second in short course yards (43.58 to 42.80) this past year, but then had a lackluster summer that only saw him go 50.50 at best in long course. A motorcycle injury apparently hampered Dressel’s summer, but a large portion of voters were still confident he’d rebound in 2019 to break Michael Phelps‘ world record.

Below, vote in our new A3 Performance Poll, which asks voters which of this summer’s major meets they found most impressive:

I bet 50 free will not go down even if Dressel is in good form.

100 fly world record might be difficult to go down.

Next year 2019 worlds will be exciting with a few up & coming good swimmers. This event is getting more competitive. Schooling split for Asian Games is 23.79, 27.25.

Schooling’s not gonna go below 50.6 unless he does 200 fly training

JUST GIVE HIM HIS MIZUNO