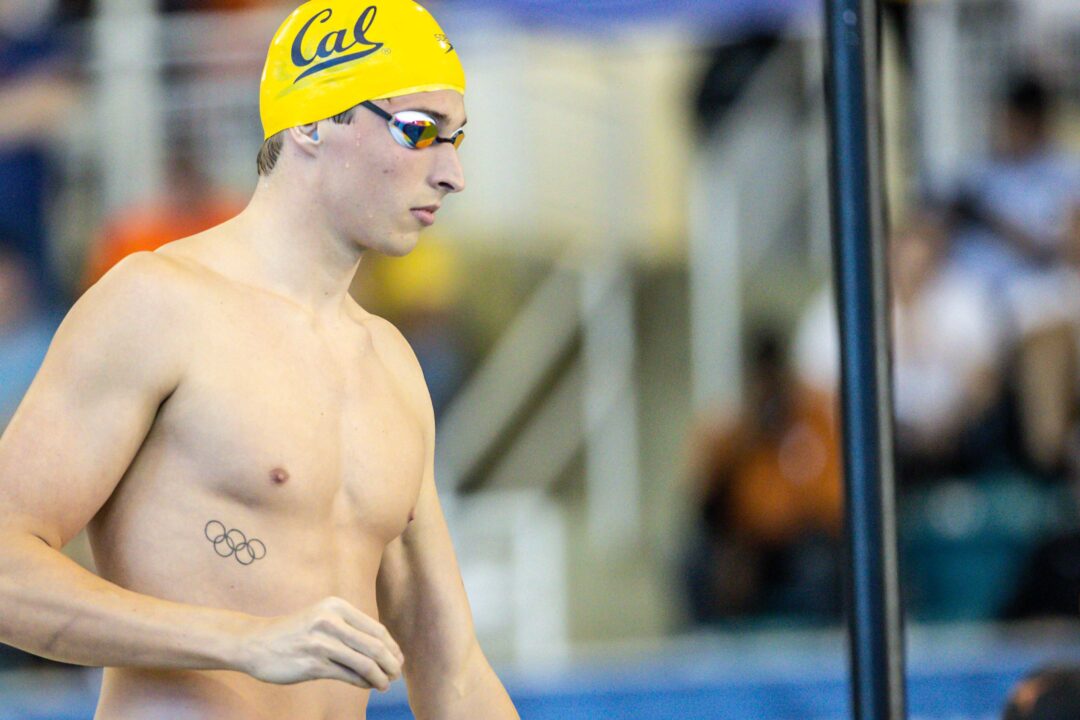 Last season we saw the most men break 19 seconds ever, with 16 swimmers going 18-point in the 50 free during the 2021-22 campaign. Archive photo via Jack Spitser/Spitser Photography

Our most recent poll asked SwimSwam readers how many men in the NCAA will break 19 seconds in the 50 free by the end of the calendar year:

Although no one is expecting the all-time record to go down anytime soon, there’s no doubt the men’s 50 freestyle depth as a whole has gotten faster in recent seasons in the NCAA.

We specifically saw a big jump in this regard last season, where 16 men broke the 19-second barrier, surpassing the previous highest total in a single campaign of 10.

However, despite 16 men dipping under the barrier last season, only one did so prior to the start of the new year.

While this shouldn’t necessarily be a surprise, given teams peak for NCAAs (and the conference championships to a lesser extent), you would think we’d see more than just one swimmer go 18 during the mid-season invites, which generally produce some very fast times.

Texas’ Cameron Auchinachie, a fifth-year senior last season, dropped an 18.80 at the Minnesota Invite last December, but he was the only one. Bjorn Seeliger (19.06) and eventual NCAA champ Brooks Curry (19.09) were within a tenth of doing so, but saved their best for the postseason.

Only one swimmer cracking 19 seconds in the first half of the season has become a trend—it’s now happened in seven straight seasons.

The fastest mid-season swim we’ve seen came from Caeleb Dressel, who clocked 18.66 at the 2017 Purdue Invite in the lead-up to his pair of sub-18 swims at the NCAA Championships later that season.

So with such a loaded field of sprinters this season, from Seeliger and Curry to up-and-coming sophomores like Jordan Crooks and David Curtiss to incoming freshman Josh Liendo, how many men will go sub-19 prior to 2023 this season?

According to our most recent poll results, more than 60 percent of readers believe that we’ll see three or men dip under 19 seconds prior to the start of 2023.

On top of that, more than 26 percent think we’ll see two, meaning that 86 percent believe that this season will feature the most men sub-19 mid-season ever.

Just under nine percent think the trend will continue and we’ll only see one, while just under five percent are no fun and picked zero.

Below, vote in our new A3 Performance Poll, which asks: Who is your favorite for the 2023 NCAA title in the men’s 1650 free?

We could get close to 10 at midseason meets I think.

Any word on that UVA men’s sprint group? Don’t know how a team that broke an American record last season in the 200 free relay isn’t getting any mentions…

prolly it was a dual meet

Brooks, Crooks, and Seeliger probably will at mid-season invites. I’m sure there will be a few others too.

Nice to see what Auburn freshman Makinen can do in the SCY pools…..

Just a little detail missing here Caeleb has the fastest time ever in the first half of a season from the Purdue invite from 2017 in 18.66.