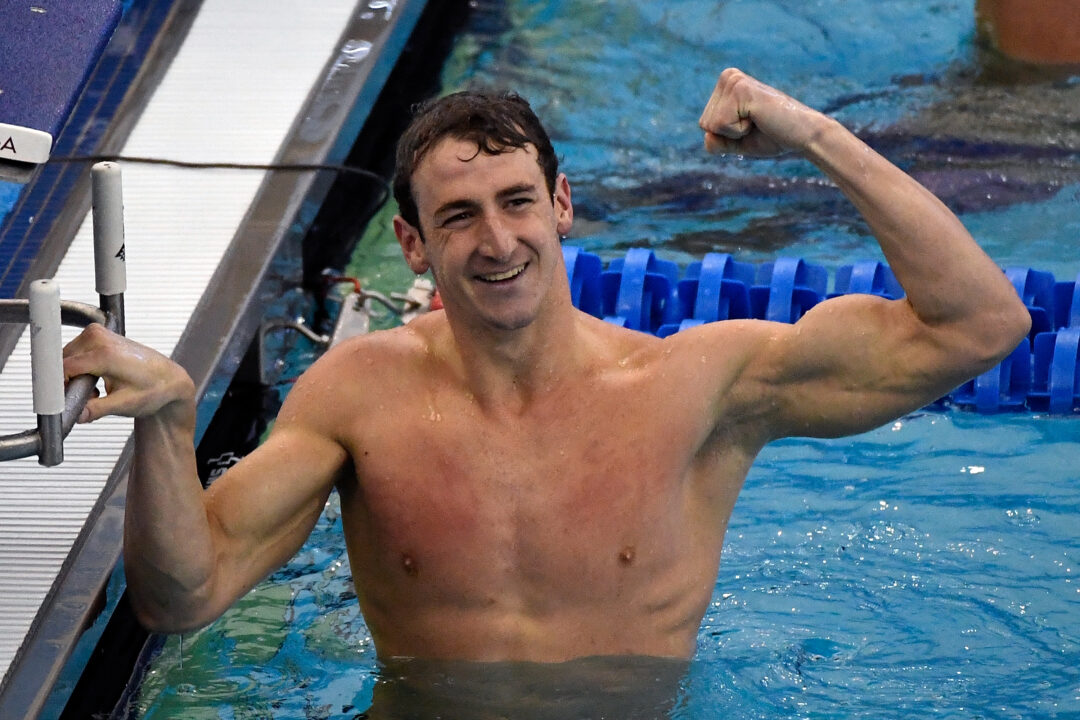 Our most recent poll asked SwimSwam readers to pick the best first-round rookie draft pick in the ISL’s Draft:

Question: Who was the best first-round pick in the ISL Draft?

The Aqua Centurions shocked fans by selecting Kamminga #1 overall last week – not because Kamminga wasn’t the best swimmer on the board (he arguably was), but because they were already stacked in the breaststrokes after using 4 of their first 5 retained swimmer spots on breaststrokers.

Kamminga is an elite-level breaststroker across the 50-, 100-, and 200-meter events. He’s also a proven commodity in short course meters, the format of the ISL’s professional swimming league. Kamminga’s mix of speed and endurance should make him valuable in the multi-round skins race, which features three rounds of 50s, with the lowest finishers knocked out and the finalists garnering a massive points boost for their team.

On the other hand, Aqua already retained young up-and-comer Nicolo Martinenghi and veteran Fabio Scozzoli, two of the best breaststrokers in the league last year.

DC appeared thrilled to add Hoffer, the versatile superstar of the NCAA format who just wrapped up his senior season with the California Golden Bears. Hoffer can be a top-notch sprinter in free, fly, and back, though he’s much more accomplished in short course yards than in the short course meters format.

Our poll does show some level of skewing towards American swimmers, though. Voters even picked Paige Madden (to Tokyo at #5 overall) above Kamminga. Madden might get a bit of a scoring boost with new checkpoint rules in the 400 free, but it’s hard to argue that she’ll have more value than Kamminga without any major opportunities in the huge-scoring skins races.

Just 5.2% of voters picked Australian Matthew Temple, who went to the New York Breakers at #3 overall.

I agree with Hoffer on top, but anybody else surprised by the fact that Alvin Jiang didn’t get nabbed right off the bat? I would’ve figured a guy with a 19 low/41 free splits and 44.60 back and 44.50/1:41 fly would’ve gotten on a team already.

Gonna be interesting to see how he holds up in skins. If you have strong start/underwaters to 15 meters, I think you do well. Can blast the underwaters, cruise the swim in round 1, progressively increase above-water speed in subsequent rounds. Works for Dressel.

OUT OF TOPIC: DAVID POPOVICI 47.56 at euro juniors this evening

Lol no chance more than 7 wr’s are going in Tokyo. Dressel, Milak, and Peaty have a shot, and any of 3 people in m200 breast/w100 fly, but aside from that and maybe the mixed medley relay, I just don’t see it happening this year.

Events with WRs that could legit go down:

Add in the mixed relay and you have a lot more than 7 events.

W100back maybe, also the Australian free relays on the women’s side

All of the men’s relays could go down—the men’s medley WR is quite likely if the US is firing correctly. If GBR’s rolling starts only slightly improve from their times in the 200 (and I think Guy will be about a second faster than his flat start time this year) then the 4*200 free WR goes as well. 4*100 is the most unlikely after US trials, but both them and Russia have a possibility of clipping it.

Which, similar to the Kamminga pick, has way less value to a Tokyo team that already features Leah Smith as one of their protected swimmers vs any of the breaststrokers or spinters who went later in the first round.