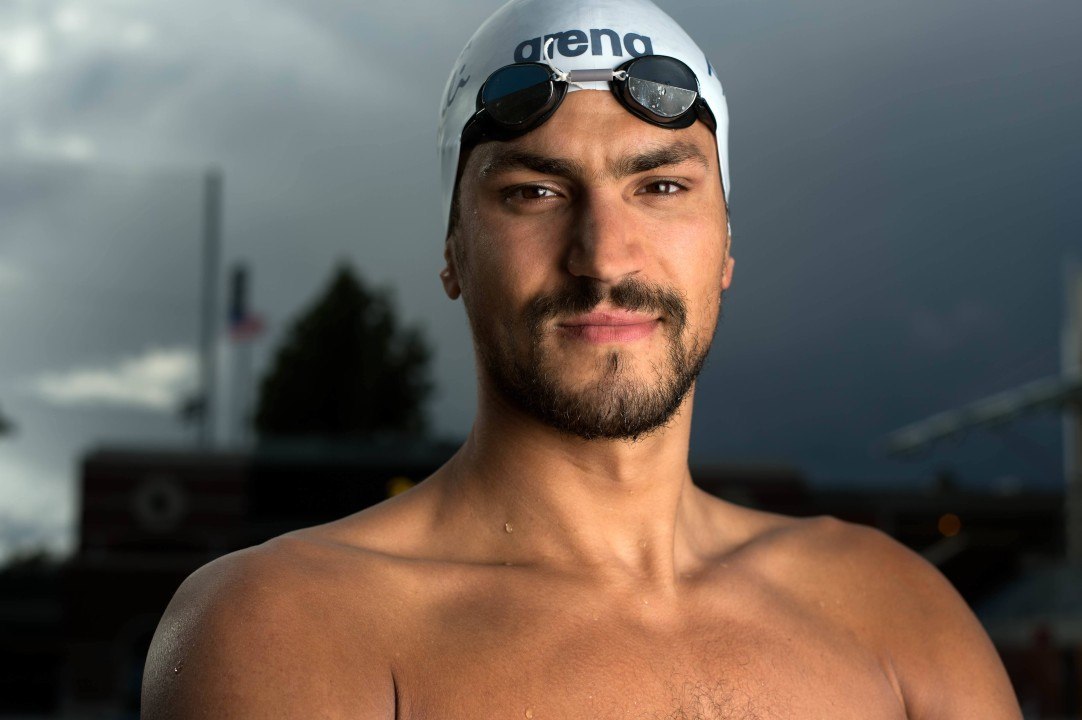 We dove deep into a piece of trivia you may not know about: Mellouli's performance at the inaugural Pan Arab Games in 2011. Current photo via Mike Lewis/Ola Vista Photography

We sat down with Ous Mellouli, the first man to ever win gold in both the 1500 and 10k (pool and open water) at the Olympics. Mellouli opened up about what it took to be at his best for both Olympics, how he ended up in the USA and at Southern Cal, and now how he’s pushing for his 6th Olympic Games.

We also dove deep into a piece of trivia you may not know about: Mellouli’s performance at the inaugural Pan Arab Games in 2011. It was a legit Games with many different sports, and swimming was held over the course of 6 days. Since they were offering cash prizes to all medalists and a bonus to the athlete with the most medals, Mellouli went all in and entered every nearly every race. He won 15 of those races, and a lot of these weren’t gimmies either. He was putting up very solid times and winning some events by less than .5 of a second. He was also winning 50’s and 100’s of stroke, and for someone who was about to go on to win the 10k at the Olympics, that’s pretty darn impressive.

One of the best looking free style anywhere.

Not a fan. PEDs and cheating in the Rio OW.

…the ban was for……….. Adderall, which resulted in a relatively short ban allowing him to compete in 08.
OW cheating. I don’t remember anything about that.

Adderall is considered a PED and is banned. I suppose it is on the low end of the scale and he was young. I don’t know if it was on prescription of so perhaps I am being harsh.

The Rio incident was near the finish and slomo I saw at the time was pretty conclusive. The British guy involved had to be held back and driven away in a boat he was so angry. This is all I can find now https://www.bbc.com/sport/amp/swimming/40632585

I’ve not seen any conclusive video evidence to prove it or disprove it, so it’s really one guy’s word against another. It was one of the wildest open water finishes I’ve ever seen – there was a ton of contact and jostling.

I would assume that the people complaining about Rio open water are probably British, not American. That was a much bigger story in the UK than the US. I think most Americans, like Mel, probably missed that story altogether.