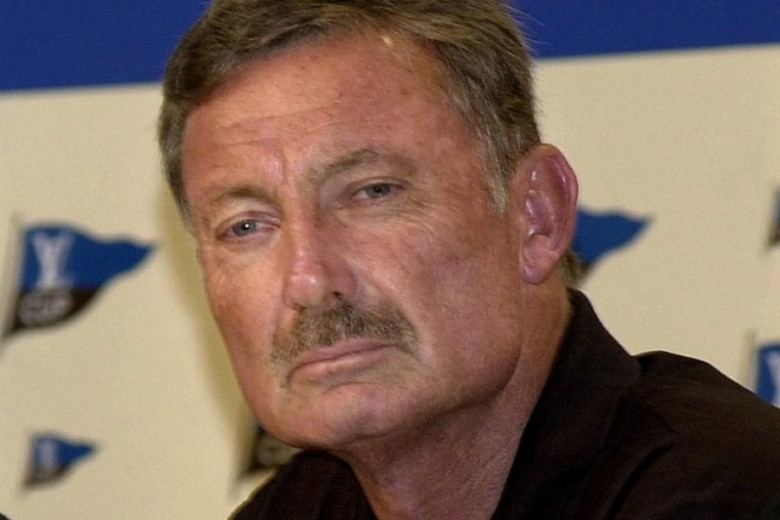 In addition to Swimming Australia‘s national team head coach Jacco Verhaeren departing this year, John Bertrand will also be stepping aside from his role as president of the organization.

73-year-old Bertrand has been Swimming Australia‘s president since 2013 when he took over from embattled president Barclay Nettlefold.

Sources at Swimming Australia confirm that Bertrand has served the maximum director term as per the organization’s constitution. SA’s annual general meeting is set for October, at which time the board will meet and determine who will take on the role of president, as chosen by members of the board.

“It’s been a real privilege and honour to be involved,” Bertrand said. “When I first got involved, the place was pretty dysfunctional, to be honest. A lot of leaking, a lot of mistrust. We made major, major changes.

We had to and the bottom line is, trust is the glue of any organisation. The level of trust is dramatically higher than when I got involved.” (Sydney Morning Herald)

“I looked at the organisation coming out of London and there was turmoil and a lot of issues, both internally and externally. And I felt this was of national importance. From my perspective, the two organisations that are fundamentally important to the nation’s sporting psyche are the Australian cricket team and, every four years, the Australian swimming team.”

Bertrand is referring to a several-issue storm surrounding Swimming Australia when he came on the scene. After a poor Olympic showing at the 2012 Games in London, it was revealed that the national swimming team dealt with many behavioural problems which included bullying along with several male swimmers having taken Stilnox.

That situation, paired with Nettlefold’s resignation due to inappropriate comments to a female co-worker led to EnergyAustralia deciding to cut ties with the organization only one year into a five-year sponsorship deal, which was reportedly worth 2 million dollars a year to the organization.

4 years later in Rio, Australia bagged 3 gold medals, 4 silver and 3 bronze on the whole, with Kyle Chalmers and Mack Horton shining brightly in their individual events, while veteran Cate Campbell and, at the time, on-fire Cameron McEvoy fell short of their podium quests.

Flash forward to Bertrand’s latest President’s Message appearing on the Swimming Australia website and the man commits to members, in light of the coronavirus pandemic, “It is Swimming Australia‘s responsibility to show how we as a team can present ourselves at the highest level on the world’s biggest sporting stage, the Olympic and Paralympic Games.

I believe all parties are up for it, athletes, coaches, performance support staff and administration. We owe it to the nation.”

‘Outlining his plan to lead the sport of swimming in Australia, Bertrand said his immediate focus would be “to provide the corporate leadership and direction to ensure continued improvement in sporting results, corporate governance, team culture and grass roots growth at the community sport level.” ‘ Strange then, concentrating on ‘culture’ for a moment, that it appears that he chose to ignore the substantive evidence supporting the serious allegations that his fellow Olympians were not only coaching and encouraging kids to manipulate para swimming for medal purposes but that they also bullied and abused those who spoke up. The reasons for his predecessor Nettlefold’s departure mere months into the job almost pale into insignificance in comparison, almost. I will always… Read more »

Please elaborate . This is news to me and many others I suspect. What happened??