Swimmer Dave Scott: 7th Human To Walk On The Moon 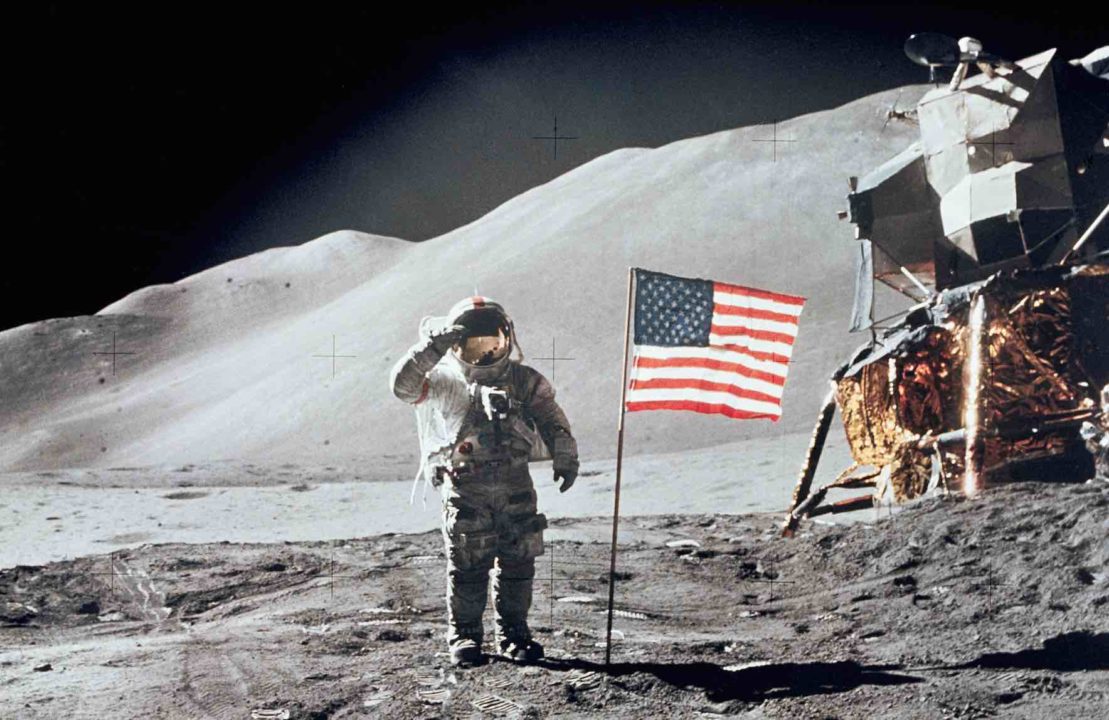 Scott, the seventh human to walk on the moon and one of only 12 overall, was a freestyler at Army West Point. Stock photo via NASA

With the world shutting down, we’re reaching into our archives and pulling some of our favorite stories from the SwimSwam print edition to share online. If you’d like to read more of this kind of story, you can subscribe to get a print (and digital) version of SwimSwam Magazine here. This story was originally published in the 2019 Fall edition of SwimSwam Magazine.

This being the 50th year since America first put a man on the moon, there have been numerous magazine and newspaper articles, television specials, and even a Hollywood movie commemorating what is arguably mankind’s highest technical achievement. What’s missing in all this coverage is swimming’s connection.

Dave Scott, the seventh human to walk on the moon and one of only 12 overall, was a freestyler at Army West Point. In 1953, he anchored the 300-yard medley relay — butterfly wasn’t a part of college swimming for another two years — that ranked 10th in the country and made All-America.

Scott began swimming seriously soon after World War II at Riverside Technical High School in California while his father was stationed at March Air Force Base. By then the younger Scott was long into a fascination with flying, starting when he was 12 and his dad, who would retire as an Air Force general, took him for a plane ride.

He hoped to swim at West Point and get a commission in the Air Force, a common path for cadets before the Air Force Academy was created in the late 1950s, but he couldn’t secure an appointment out of high school. Instead, he accepted a swimming scholarship to Michigan, one of the three dominant programs in the country at the time, along with Yale and Ohio State. An appointment came through the next year, and he entered West Point during the summer of 1950.

According to Jack Craigie, the team captain during Scott’s freshman year, Scott was a big-time recruit, and the West Point coach, Gordon “Slim” Chalmers, was happy to get him.

Craigie recalled that Scott broke the freshman school record in the 440-yard freestyle, a crude attempt to copy the long course 400-meter race in a 25-yard pool — swimmers finished when they passed under flags at the 15-yard mark of the 18th lap. (The 500 free replaced the 440 in 1963.)

“Dave was always an outstanding guy in just about everything there was to do,” Craigie said.

His teammate Bill Roth described Scott as one of the “stalwarts of our squad.”

Following graduation, Scott flew fighter jets in Europe during what became known as the Cold War and then went on to earn a master’s degree at MIT. That was followed by a stint as a test pilot at Edwards Air Force Base in California, duty that was every bit as hazardous as combat. Nearly half of Scott’s classmates in test-pilot school were dead within 10 years attempting to stretch the aviation envelope.

In 1963, he was assigned to NASA as part of the third round of Air Force and Navy test pilots picked to lead America into space.

Scott first came into the public eye in 1966, when he and Neil Armstrong flew the Gemini 8 mission. (The Gemini program preceded the Apollo program that would ultimately put Americans on the moon.)

After they docked with an unmanned craft in Earth orbit, both vehicles started to spin. Armstrong and Scott promptly disconnected from the other craft, but the problem worsened as Gemini 8 rotated faster and started to tumble.

In his book “Two Sides of the Moon,” Scott wrote that he and Armstrong were seconds from passing out. In desperation, they shut down the regular controls and activated the thrusters in the reentry system. The ploy negated the effects of a malfunctioning thruster, and Gemini 8 stabilized, thereby ending what Life magazine called “the most harrowing drama yet experienced in the space age.” (This was dramatized fairly accurately in the 2018 movie “First Man,” with Christopher Abbott playing Scott and Ryan Gosling as Armstrong.)

Scott returned to space three years later in Apollo 9 to test in Earth orbit the intricate docking maneuvers of the command and lunar modules that would be required in a manned moon mission. In 1971 he went to the moon as commander of Apollo 15, a three-day lunar exploration that included the first use of the Lunar Roving Vehicle, a battery-powered dune buggy that maxed out at 7.5 mph.

That was two years after Armstrong became the first human to step on the moon. America’s fascination with space had faded dramatically. Though Scott’s mission would prove to be a scientific gold mine, it failed to create even a ripple in the daily news cycle, with one exception: Just before blasting off from the moon, Scott did an unscripted experiment to prove Galileo’s theory that in the absence of atmospheric friction a hammer and a feather would fall at the same rate. (The video is available on YouTube — search “the hammer and the feather.”)

Apollo 15 was Scott’s last venture into space. He retired from the Air Force as a colonel after 23 years of active duty, with 5,600 hours of flying in over two dozen types of aircraft, everything from helicopters to a lunar lander. He’s still alive but didn’t respond to email requests for an interview.

However, in his book, he gave his swimming background its due.

“I learned a great deal from my swimming career, as it turned out,” he wrote. “It taught me competitiveness, endurance, how to perform at my physical best and how to prepare for a major event both physically and mentally.”

What a great article! Thank you.