Swim-Off For 9th In 100 Back Lined Up Between Kolesnikov, Li 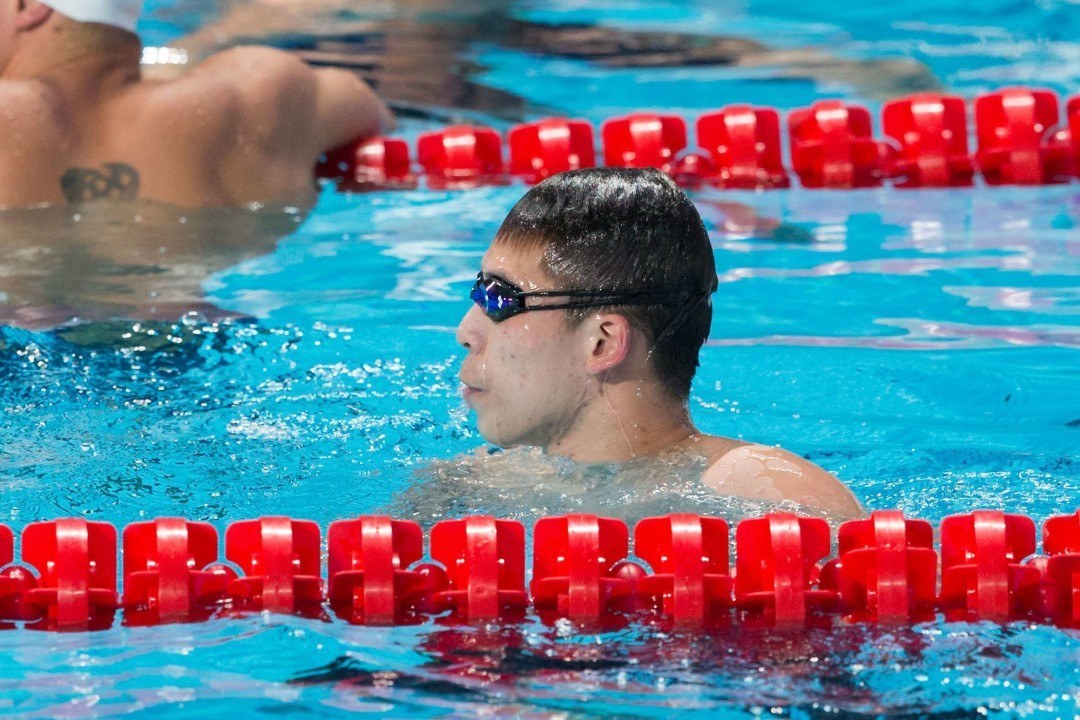 In a day filled with ties, yet another came through in semifinals of the men's 100 back. Russia's Kliment Kolesnikov and China's Li Guangyuan finished in a tie for 9th place, and are set for a swim-off in the event, per Omega live results. Archive photo via Tim Binning/TheSwimPictures.com

In a day filled with ties, yet another came through in semifinals of the men’s 100 back. Russia’s Kliment Kolesnikov and China’s Li Guangyuan finished in a tie for 9th place, and are set for a swim-off in the event, per Omega live results.

The swim-off start list on Omega’s page means that either one of the top 8 has scratched the event (which seems doubtful) or that the swim-off will be for the first alternate position. If nothing else, it’ll serve as a chance for both men to challenge their best times after being a bit off lifetime-bests in heats and semifinals.

Kolesnikov, in particular, will have a shot to lower his own junior world record, swimming in relatively clean water compared to a race with a full pool of swimmers. Kolesnikov currently holds the junior world mark at 53.65 from earlier this month; he was just 54.51 in heats and 53.84 in the semifinals.

Guangyuan went 53.61 at Chinese Nationals in April, but was just 54.04 in heats before also going 53.84 in semis. He was a junior world record-holder himself, setting the 200 back mark at Worlds in 2015. Kolesnikov broke Guangyuan’s record just three months ago in that race, and now the two will go head-to-head, albeit in a different distance, at the end of tonight’s finals session.

Looks like it went pretty well for both of them!