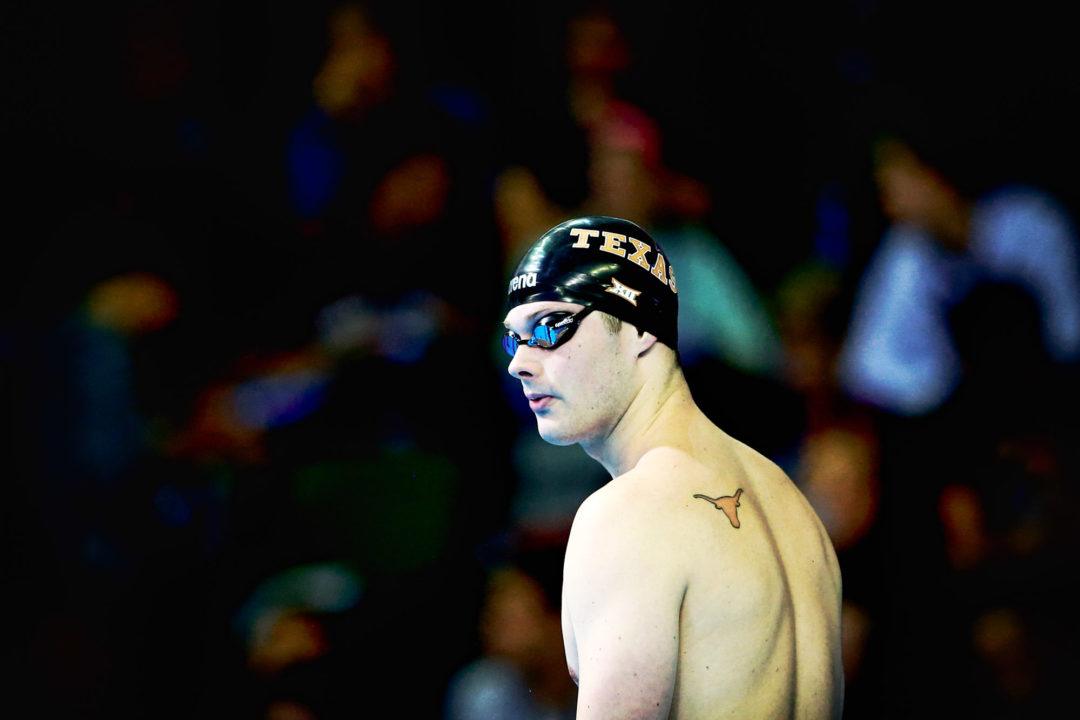 Jack Conger has scratched out of the 100 free on day 1 of U.S. Nationals. Archive photo via Tim Binning/TheSwimPictures.com

The day has arrived. The 2017 U.S. National Championships & World Championship Trials are set to get underway this morning, with prelims beginning at 9 AM EST. As we head into day 1, there have been several notable scratches for the day, including a pair of big names in the men’s 100 free and a pair of top ten seeds in the distance events.

Both Seth Stubblefield (9th seed) and Jack Conger (14th seed) have scratched out of the men’s 100 free prelims, opening up the event which could see six named to the Worlds team. The decision for Conger isn’t a surprising one, as he has arguably his best event, the 200 fly, preceding the 100 free and that will be his focus today. Tom Shields, who also entered both the 200 fly and 100 free, hasn’t scratched either and looks to be going for the double.

Stubblefield on the other hand hasn’t been solely on focusing on swimming recently, working in D.C. and preparing to begin med school next month. We’ll have to wait and see whether or not he races later in the week in the 50 free or the sprint fly events.

The distance events have also seen a pair of notable scratches, as 7th seed in the women’s 800 G Ryan and 9th seed in the men’s 1500 Taylor Abbott have both scratched out on day 1 as well. Ryan’s scratch moves 9th seed Kaersten Meitz into the fastest heat which will be raced during finals. Abbott was recently named to the World University Games team in Open Water, so he may have decided to focus on training for that instead of competing here.

Another key day 1 scratch was that of Kendyl Stewart, who has opted out of the women’s 100 free where she was seeded 13th. She’s entered in four other races for the week, and she’ll take the day off with her best events (50 & 100 fly) coming up in the next two days.

*Note: While they aren’t considered ‘scratches’ because they weren’t on the updated psych sheets, there were some swimmers who were entered in events on the original psych sheets and have been removed with the last psychs coming out yesterday. Names include Ally Howe (200 fly) and Katie Meili (50 free).

Conger is the favorite imo for the 2 fly.