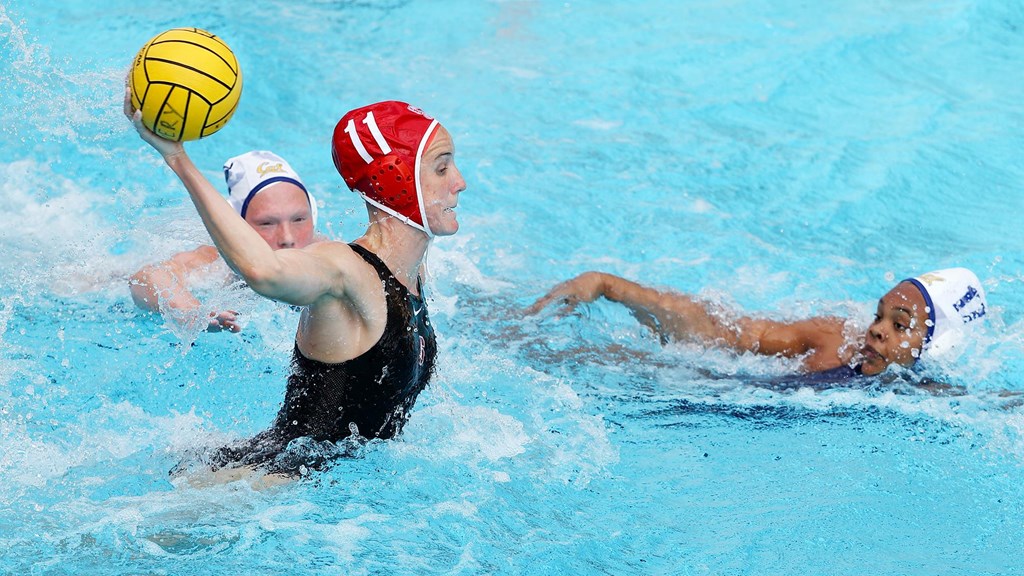 Makenzie Fischer wrapped up her stellar junior year with the award, while fellow Cardinal Ben Hallock ended his sophomore campaign with the accolade as the Cutino Awards were handed out at the Olympic Club in San Francisco on Saturday. Current photo via Stanford Athletics

The Peter J. Cutino Awards, which are given to the top men’s and women’s collegiate water polo players in the United States, will both take up residence in Palo Alto, California, as players from Stanford swept the 2019 honors.

The dual honors marked just the fourth time a school has won both the men’s and women’s awards, and the third time for Stanford (also Brenda Villa/Tony Azevedo in 2002; Jackie Frank, Azevedo 2003).

Makenzie Fischer wrapped up her stellar junior year with the award, while fellow Cardinal Ben Hallock ended his sophomore campaign with the accolade as the Cutino Awards were handed out at the Olympic Club in San Francisco on Saturday.

Fischer was one of three finalists for the Cutino Award alongside USC’s Amanda Longan and Paige Hauschild. Hallock was a finalist alongside Cal’s Johnny Hooper and UCLA’s Alex Wolf.

Fischer also was tabbed as the Mountain Pacific Sports Federation Player of the Year, the NCAA Tournament MVP and the Association of Collegiate Water Polo Coaches Division I National Player of the Year in 2019 after leading Stanford to the MPSF regular season crown and the NCAA championship.

Fischer put in 84 goals, including at least one in all 24 of the games in which she played, averaging 3.50 goals per game.

For his part, Hallock was tabbed as ACWPC Division I National Player of the Year for the 2018 season after leading Stanford to an NCAA runnerup finish.

He put in 65 goals en route to MPSF Player of the Year and first team All-America honors. Hallock netted at least on goal in 21 of the 23 games in which he played, finishing second in the MPSF with 2.83 goals per game.