SOUTH AMERICA: Only Brazil Has Advanced Beyond Heats At 2019 Worlds So Far 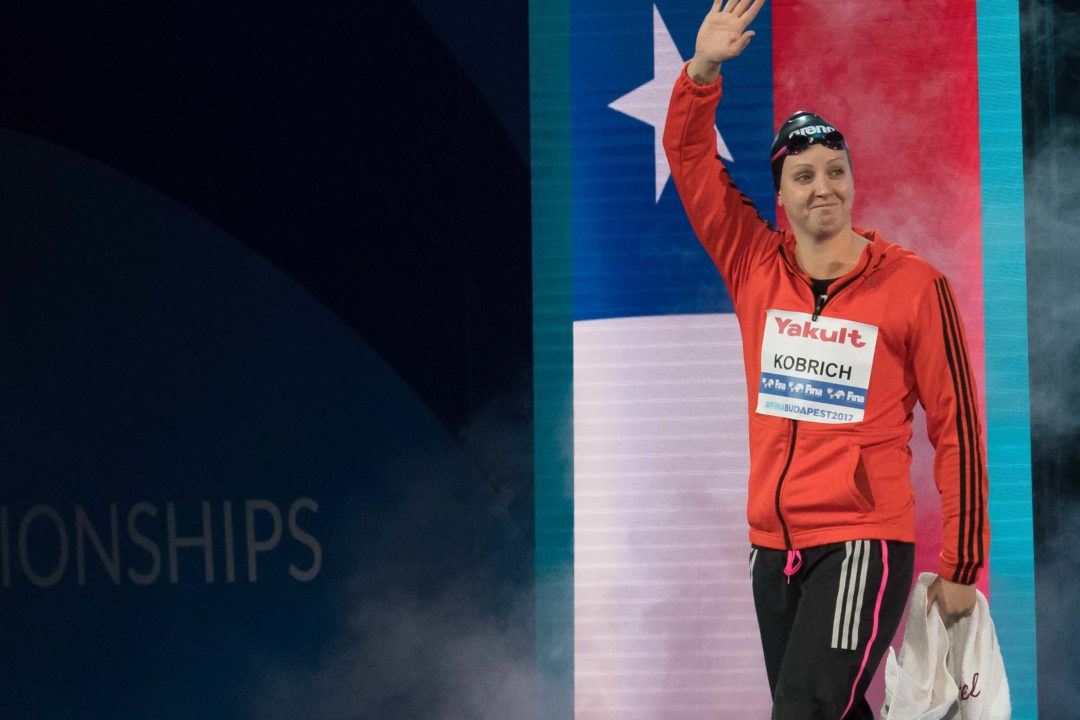 So far, Brazil is the only South American nation to advance a swimmer past prelims at 2019 Worlds. We find the best non-Brazil threats over the next few days. Archive photo via Mike Lewis/Ola Vista Photography

Through two days of competition, Brazil is the only South American nation to advance a swimmer past prelims of the 2019 World Championships.

It appears the closest to qualifying so far was Chile’s Kristel Kobrich, who finished 12th in the 1500 free this morning. Kobrich was only about 8 seconds out of 8th place and a ticket to the finals. If she had matched her 2013 national record of 15:54, she’d have been sitting 4th overall out of heats.

But the 33-year-old Kobrich hasn’t been under 16:10 since 2015. Her 16:16.26 this morning was a bit slower than her best times over the past two seasons, too, though those times also wouldn’t have qualified for finals.

Tomorrow, a couple of South Americans have decent chances to join Brazil with some evening swims. The men’s 50 breast offers a couple opportunities: Paraguay’s Renato Prono is the 23rd seed and Colombia’s Jorge Murillo Valdes is 29th. Both are within the circle-seeded heats.

Other South American storylines of note on day 2: