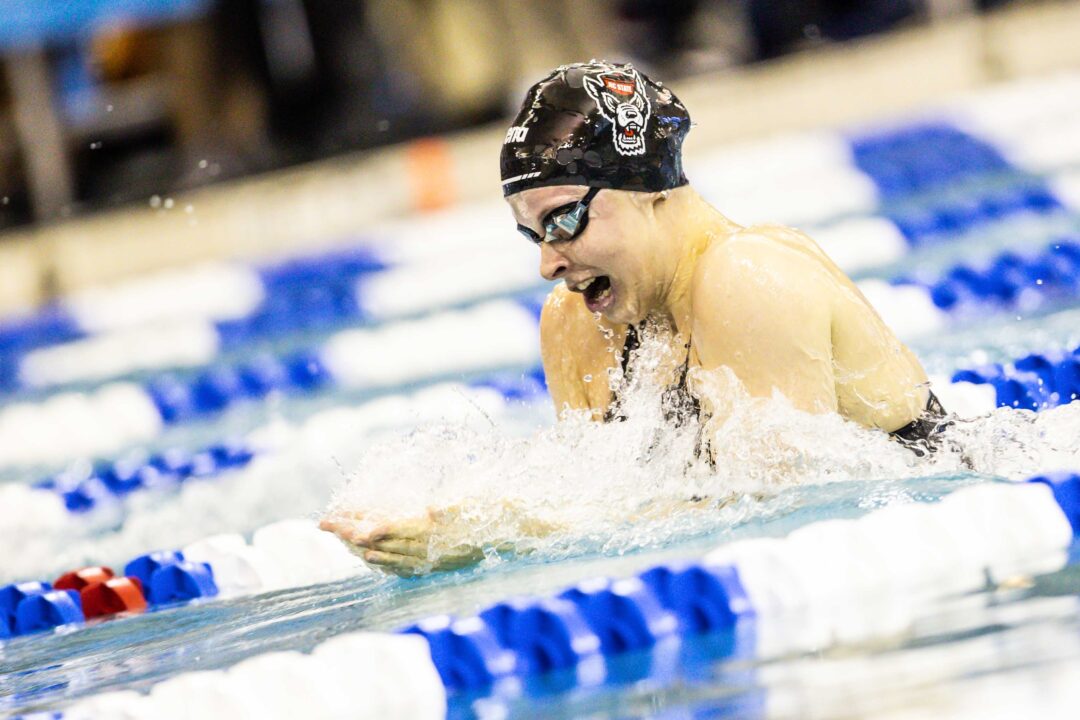 Renshaw touched in 2:25.47 to McSharry’s 2:25.58, while Sweden’s Sophie Hansson was just behind in 2:26.70 for bronze. Current photo via Jack Spitser/Spitser Photography

Make that two golds on the night for British women, with national record holder Molly Renshaw beating out Ireland’s Mona McSharry at the wall for gold.

For Renshaw, the 26-year-old did not partake at the British Swimming Championships, having already secured her World Championships roster slot via her Tokyo Oly pic appearance. With that in mind, her 2:25.47 here is an indicator of where the Loughborough swimmer may be at on her way to improving upon her 5th place finish at the 2019 World Championships.