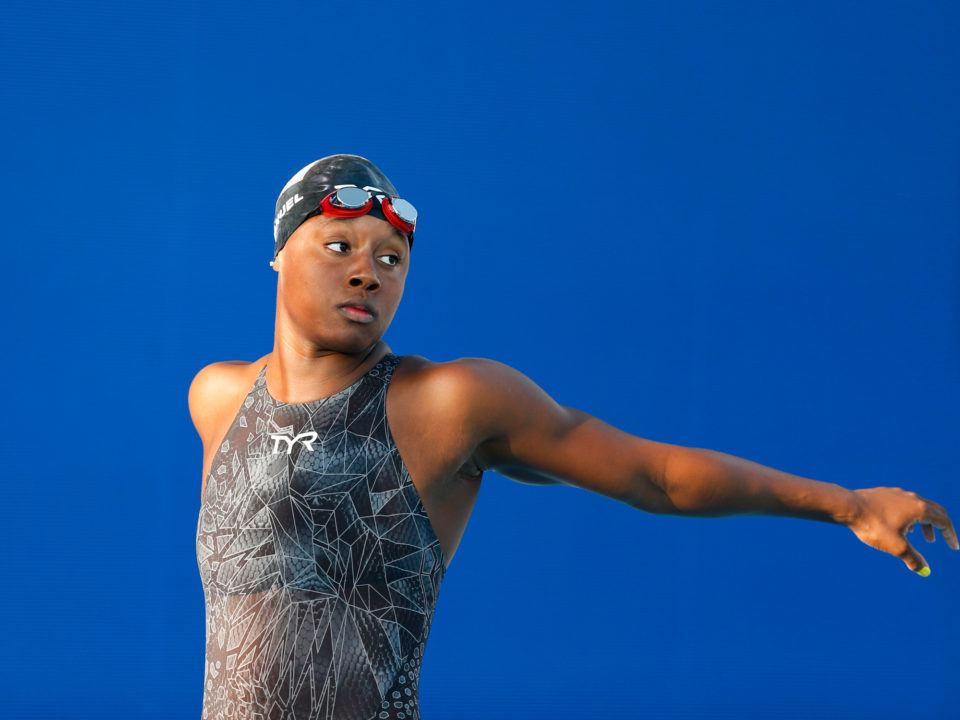 With a tight race in the women’s 100 free, six swimmers touched within two-tenths of a second, but it was Manuel who put her head down and got the win Current photo via Tim Binning/TheSwimPictures.com

It was a tight race down the stretch for the women’s 100 free A-final, with nearly six swimmers touching within two-tenths of a second. Winning the race was Simone Manuel, touching in at 54.62, roughly three-tenths slower than this morning. Taking second place by just six one-hundredths was Abbey Weitzeil at 54.68, taking 0.02 off her season best. Touching in six one-hundredths behind Weitzeil for third was Katie Ledecky, clocking in 54.74, ranking 8th in the nation this season.

Israel’s Andi Murez, training at Team Elite, won the B-final in 55.17, which would have placed sixth.