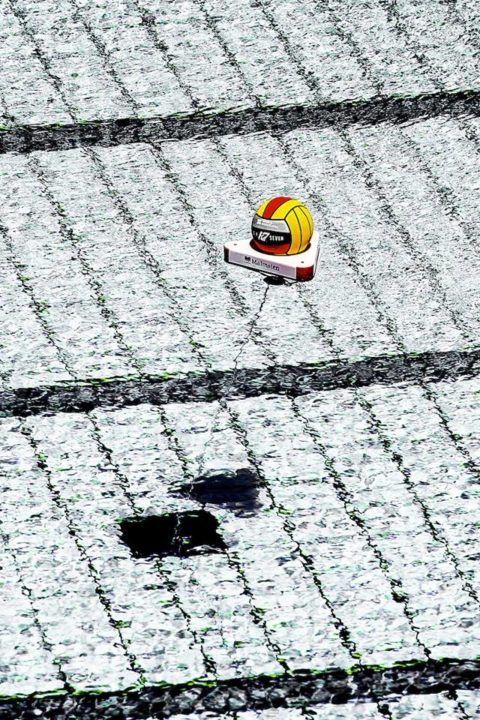 Day 2 of the Men's Super Final brought two blowouts care of Japan and Australia and two nailbiters with Hungary and Serbia outlasting their foes. Current photo via LEN Media

Wyatt Barker scored four for the Trojans in an important MPSF win at Stanford.

The Cal men defeated USC 10-7, while Stanford won over the Trojans by a score of 15-9. UCLA topped the Cardinal, 11-10, at the Stanford Round Robin.

Day 2 of the Men’s Super Final brought two blowouts and two games that came down to the wire. The European teams provided the fireworks, with Hungary edging Spain in penalty shots, while Serbia bested Croatia 11-10, putting in the game winner with less than a minute to play.

Meanwhile, Japan and Australia recorded their first victories of the tournament, topping Canada and Kazakhstan respectively.

Following Canada’s earth-moving upset of Hungary on day 1 of the tournament, they were overmatched by the Japanese in the 2nd day of group play. Japan scored in two-goal bunches in the first half en route to an 8-4 edge and later rattled off seven unanswered goals to close out the victory.

Atsushi Arai and Yusuke Inaba put in four goals apiece for Japan, while seven other players scored as the team hit 17 of its 38 shots. Six goals came in extra-man situations, while three were on penalties.

Defensively, Katsuyuki Tanamura saved seven of the 14 shots he faced in goal.

Six Canadians scored with Matthew Halajian leading the way with two goals. Canada made good on one of its two penalty chances and just three of its six extra-man opportunities.

“We played better today,” Inaba said. “We knew we had to win so we can be second in the group. But we need to improve to play a good game with Hungary.”

The teams traded blow for blow throughout the match, with Hungary managing three scores in the final period to Spain’s two to send the game to a penalty shootout. Hungary turned it on from there to clinch the win.

During regulation, Hungary put in six extra-man goals and was 2-for-2 on penalties, while Spain made good on seven of 16 extra-man opportunities. The Hungarians hit 50 percent of their shots (15 of 30), while Spain converted 42.9 percent (12 of 28).

Alvaro Granados was the top scorer in the game with five goals in eight shot attempts for Spain, while Blai Mallarach turned in a hat trick.

Spain jumped ahead 3-1 and answered each Hungarian score to boast a 5-4 edge at halftime. The Spaniards poured in two goals in 54 second to push ahead 9-7. Pasztor hit a penalty to pull Hungary within one at 9-8 heading into the fourth quarter.

A thunderstorm interrupted the game and it took nearly an hour to complete. Once play resumed, Hungary tied it up at nine and 10 and Pasztor gave the team the lead at 11-10 with 1:58 to play. Granados converted with a penalty for Spain with 31 ticks left to knot the score once again. A would be game winner for Hungary was left wanting without the option of VAR.

Once into the shootout, Hungary made all of its shots to exit the pool with the win.

“We didn’t play like a team,” Spanish coach David Martin said. “Yesterday we did it, it was a really good effort. Today it was all about looking for individual solutions. But this was just a match, tomorrow we have another one, so we need to focus on that one.”

Anthony Hrysanthos was a beast in goal, saving 73.7 percent of the Kazakh shots (14 of 19), while nine players got in on the scoring for Australia.

Australia was dominant in man-up situations (9 of 11), while Kazakhstan converted just three of 11 tries.

It was just 3-2 Australia after the first period, but a four-goal second quarter broke the game open and seven more in the second half finished the dominant effort.

“This game was quite a contrast compared to our first one,” Australian coach Elvis Fatovic said. “There I could be satisfied with our first period but definitely not with the following third, even it came after the rain delay. Today we started the first period really slowly but managed to gain some speed in the following three quarters. We did what we had to, our defense was good, or let me say, did enough in this game.”

A four-goal third quarter turned the tables for Serbia, and the team snapped a 10-all tie with less than a minute to play to hang on for the win.

Trailing 5-4 at the half, Serbia outscored its foes 7-5 in the final 16 minutes to steal away the win. The Serbians scored four in a row to turn a 6-5 deficit into a 9-6 lead, including back to back scores in 90 seconds by Stefan Mitrovic and Filip Filipovic. The Croatians leveled the score at 9 with 3:47 to play. The teams were tied again at 10 with just over a minute remaining. Andrija Prlainovic slipped in the game winner with 56 seconds left.

Five of Croatia’s 10 goals came in extra-man situations, while the team made good on both of its penalty shots. Serbia netted six extra-man goals and one penalty. All told, 40 major fouls were called in the game and five Serbs including Filipovic were ousted with three fouls apiece.

“Another great game, as usual, and I am happy that we won at the end and could satisfy our fans,” Filipovic said. “Both teams did its best, I think we could have closed down the match once we took a three-goal advantage but we let the Croatians back to the game. I would say there were too many exclusions, they didn’t have any substitutions left at the end but it was also strange that I had three fouls when I barely had more than one as an average. I don’t say it’s the referees fault, I think the officials need to re-think their approach otherwise we could have problems at the Olympics.”