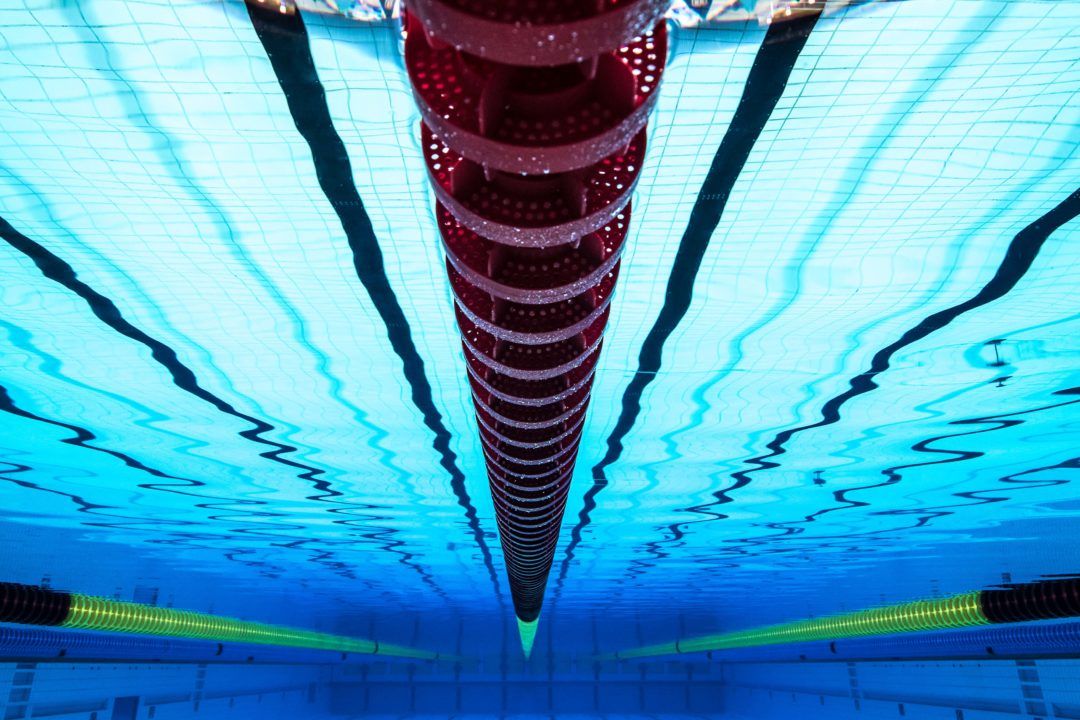 Swim coach Sean Hutchison has categorically denied the allegations that he groomed and sexually abused Olympian Ariana Kukors. Hutchison released a statement to the Associated Press through his attorney today.

Kukors came forward this week claiming that Hutchison began grooming her when she was 13 and began sexually abusing her as a teen. We contacted Hutchison for comment at the time, but didn’t receive a response. Hutchison’s attorney, Brad Meryhew, released a statement from Hutchison to the Associated Press today in which Hutchison denies ever abusing Kukors or doing anything that wasn’t consensual. He says the two were in a “committed relationship” after the 2012 Olympics and that the two lived together in Seattle.

USA Swimming has confirmed it investigated an allegedly inappropriate relationship between the two in 2010, but says Hutchison, Kukors’ and Kukors’ sister denied that a relationship existed. Kukors now says she lied at the time out of fear while still in the allegedly abusive relationship.

Hutchison’s full statement is below:

“At no time did I ever abuse Ariana Kukors or do anything with her that was not consensual. I absolutely deny having any sexual or romantic relationship with her before she was old enough to legally make those decisions for herself. Prior to that time, I did nothing to ‘groom’ her.

“After the 2012 Olympics we were in a committed relationship and Ariana lived at my residence in Seattle for more than a year. Her younger sister also lived with us for several months and her mother was a regular visitor to our home. I deeply regret that she would make these wild allegations all these years later.”

I don’t know Hutchison or Kukors but I find it interesting that Kukors had every opportunity to tell this story years back. She did. She was even quite chummy with Chuck Weilgus during the 2016 Olympics where she interviews him for about 10 minutes. The relationship she chose doesn’t go as she wants and all of a sudden it turns into this? I’m not convinced. She got her Olympic Dream, her medals, a budding career, but the relationship goes south and she has the ability to convince everyone of whatever she wants. Remind me again about power and who wields it? It’s getting really hazy these days.

Little country girl Dagny who used to wait in the frozen carpark at 5am in her 2nd hand car finds herself stuck in a suburban aquatic sex cult , no friends only vicious competitors vying for coaches attentions . Under contract to Swimming USA , marooned in her life , career… Read more »

It’s hard to imagine reading Arianna’s anguished, yet delicate, description and not be convinced that she’s telling the truth exactly as she experienced it. She describes the downward spiral of being manipulated into lying, then becoming a serial liar as a basic way to function. This part of the story is maybe the most insidious, even more that the inappropriate sexual contact. Intentionally corrupting the character and truth of anyone, let alone a minor subject to your authority and powerful influence, by manipulating her into participating in the lies he constructed is a deeply destructive form of assault. It’s apparent that the guy has been living in a state of denial since he first became infatuated with the victim. It’s… Read more »

Who’s on here down-voting these kinds of comments? Gotta be people either ON, or soon to be on, the banned list. Shaking my damn head.

I hope justice is served

I wonder if she was living with him for years, really makes you wonder. Living with someone is a choice and legally it seems like a big issue. Did her mom visit “their place” and know something was going on. USA swimming has that rule for a reason and no positive outcomes can come from a coach and a swimmer having a sexual relationship no matter the ages. It is illegal in USA swimming if the coach and swimmer are similar ages as well. Age of consent may be taken into account as well depending on state, some states allow under 18. *Note California age of consent is 18. The two stories are so far apart I am sure its… Read more »

I mean she gave a detailed and descriptive account of everything, including emails and messages, and painted a clear timeline. He said “no i didnt!” I think the truth is probably much closer to her side than his

Agreed. It is easy to get caught in emotions, but legal standpoint is different. U have to look at information you have and the law. I know alot of people dont want to hear that but as a lawyer, that is the truth. It does not help her case if she lived with him in her 20s and she kept him as coach. It is hard for abused people to leave if people are in power position that is a fact, however I see alot of gray area in the case.

You’re a lawyer and you don’t know ‘a lot’ is two words? Regardless no, he’s not going to get convicted of sexually abusing her. But he might get caught with child pornography. Or this might inspire someone else to come forward. At the very least his coaching career is over.

Age of consent in Washington is 16 as well.

Compare the nuanced response of “I absolutely deny having any sexual or romantic relationship with her before she was old enough to legally make those decisions for herself. ” (which is age 16 in WA) to this… https://www.arianajkukors.com/mystory. I know who I believe.

He actually rationalizes that she was technically legal on her 18th birthday before they had sexual intercourse but that he did not groom her for five years prior as her coach, 18 years her elder? And this happened on a team travel trip – how did they discover each other suddenly on her 18th birthday if not groomed?

Given this apparent rationalization, and the potentially hundreds or thousands of pictures he had of her, he may go down as the world’s dumbest sexual predator.

They’re a very dumb group in general, so, I mean, at least he’s got that going for him.

Right. He suddenly found her attractive at the moment she turned 18? right.

Sorry, just not very convincing. Given the combination of factors (agr difference, level of influence you had over the person, etc). At minimum, it should be a violation of professional conduct, given that he was her coach starting when she was nearly a preteen.