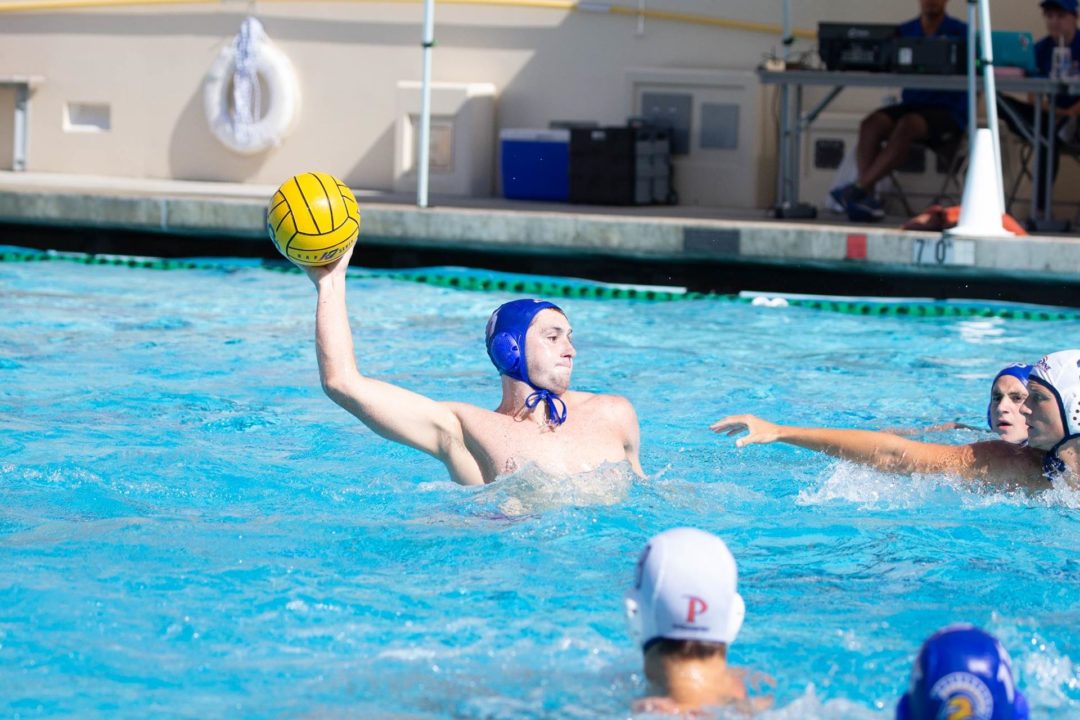 Stanford, UCLA and Pacific held down the top three spots for the fourth straight week in the collegiate men’s water polo poll.

The Cardinal had the week off, while UCLA picked up three wins, defeating #3 Pacific (14-10), #20 Cal Baptist (12-6) and RV Whittier (10-8). Jake Cavano and Felix Brozyna-Vilim led the way against the Tigers, each putting in four goals. Brozyna-Vilim tacked on four more scores vs. CBU and a team-high two vs. Whittier.

In addition to their loss to the Bruins, the #3 Tigers managed a 17-16 win over #5 UC Santa Barbara.

UC Santa Barbara and Pepperdine each moved up a spot to #4 and #5.  The Waves posted wins over #12 UC Irvine 14-10 and #4 USC 13-12. Pepperdine got four-goal outings from Balazs Kosa and Marko Asic against UCI and a four-score effort by Mate Toth vs. the Trojans.

USC dropped two positions from #4 to #6 with the loss to Pepperdine.

Long Beach State, Cal, Harvard and UC San Diego round out the Top 10, with the Crimson and Tritons sharing the #9 spot.

The biggest mover of the week was San Jose State, which climbed from #19 to #13. The Spartans split weekend road contests with Golden Coast Conference foes #7 Long Beach State and #12 UC Irvine. SJSU fell to LBSU 10-6 on Saturday, but rebounded with an 8-3 victory over the Anteaters on Sunday. Finn Pardon and Neil Arnett netted two goals apiece to pace San Jose State in the upset.

Cal Baptist, last week’s #20, and Princeton, which was #18 a week ago, each dropped out of the Top 20, but remain among a list of four teams receiving votes in the poll.

Whittier was among the vote getters for the third straight week, while Navy is back after receiving votes in the first four polls as well as the Oct. 9 poll.