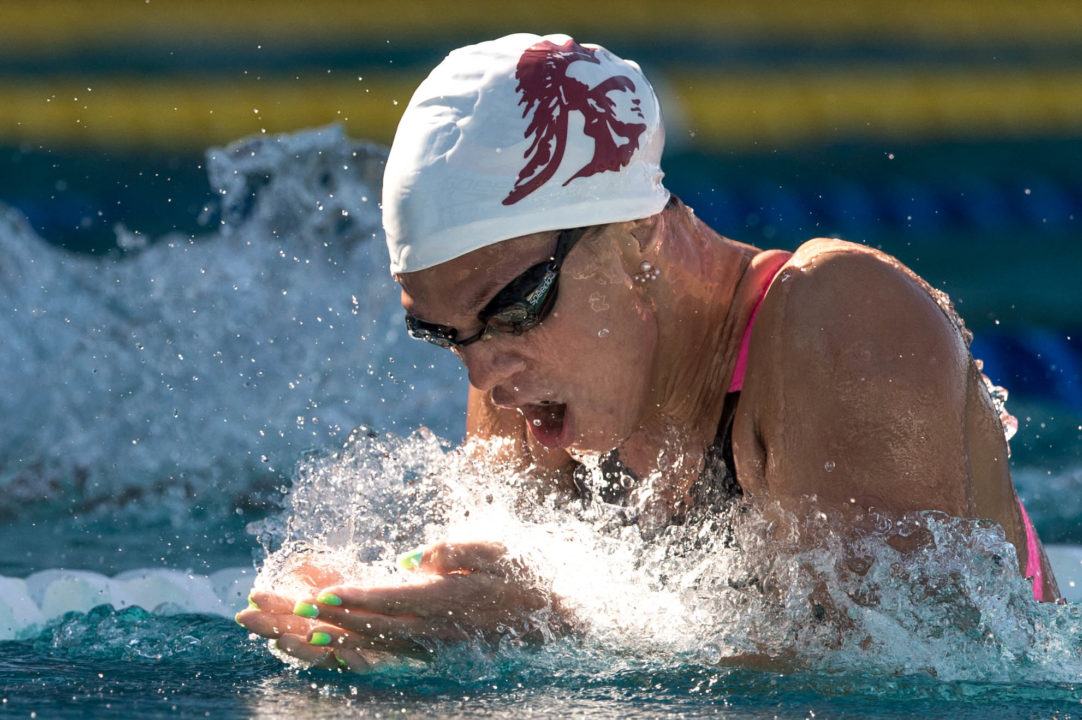 Dave Salo, head coach at USC and Trojan Swim Club, proposed in an interview with the Wall Street Journal that having international swimmers train in the U.S. and be subject to USADA testing would level the playing field. Archive photo via Mike Lewis/Ola Vista Photography

In an interview with Rachel Bachman of The Wall Street Journal, Dave Salo, head coach of University of Southern California swimming and diving team and Trojan Swim Club, proposed a solution to the controversy that swirled overhead during the 2016 Olympic Games, in which several international swimmers who had been banned for doping violations were admitted to compete in Rio at the last minute. What if, Salo suggests, international athletes trained the United States, and made themselves available to U.S. Anti-Doping Agency for testing? Salo’s premise is that, by keeping a better eye on these international swimmers and subjecting all Olympic-level athletes to the same treatment, it would level the playing field and make the sport more fair for everyone.

Salo has coached a large number of foreign athletes, both as student-athletes at USC and as post-grads at Trojan Swim Club, over the years. Until recently, Russian breaststroker Yulia Efimova had trained under Salo’s tutelage, as had Nikita Lobintsev and Vlad Morozov. After the publication of the McLaren Report following the Russian doping scandal, Salo announced he would suspend all foreign athletes from training with his Trojan Swim Club until he can “somehow find a way to assure [the club] doesn’t have these kinds of problems.”

All athletes registered into USADA’s testing pool must make their whereabouts known to USADA by filing regular reports. They are expected to notify USADA where they are living, which hotels they stay in, where they are competing, where they train, where they go to school, etc. They also must “Provide daily accessibility for Testing during the times and at the precise locations specified on the Athlete’s Whereabouts Filing for the entire periods designated by the Athlete on the Athlete’s Whereabouts Filing.” (You can read USADA’s specific instructions to athletes here.)

Salo’s plan would involve charging a fee to foreign athletes to cover the cost of administering USADA’s rigorous testing program. Salo is quoted in the article as saying, “I’d rather have them here than in the shadows of Russia or China or Kenya or wherever they might train.” Bachman reported that USADA spokesman Ryan Madden said, “It’s an idea that we’ll certainly review and consider. I think the most important thing that can happen in this space is for the athletes and coaches—those who have the most to lose when others cheat—to step up, be heard and create a culture where athletes can compete, and win, clean.”

Salo has worked with a number of athletes who have had adverse analytical findings over the years, including American Jessica Hardy and international swimmers Mads Glaesner, Omar Pinzon, Ous Mellouli, Lobintsev, Morozov, and Efimova. That most of their failed tests were administered here in the United States underscores the point Salo is trying to make: let’s get the testing out in the open, so we’re all playing by the same rules.

Below is a list of the foreign athletes Salo has worked with in the recent past.

He wants all international athletes to train in the U.S.?

Some of these comments are cringeworthy.

Hmmm ………… not sure how this makes sense.

1~~ college coaches and programs (that’s really what and who we are talking about) can already ensure that the top international athletes are in this country simply by recruiting them. Just stop recruiting American athletes, plan implemented.

2~~ the same thing could be accomplished by having troubled NADOs sign alliance agreements. For example, country A signs an agreement with USADA to conduct testing w/in country A’s jurisdiction.

3~~ why would any athlete who is cheating, protected by a state sponsored system, or able to elude testing come to the US to get caught? One of the goals of cheating is to get away with it.

Man, I had no idea so many of his swimmers have tested positive.

This must be a bad joke. USA dont have a good track record when it comes to doping and is absoloutley no role model. Do I need to say more than Balco, Marion Jones, Lance Armstrong, Justin Gatlin and Jessica Hardy?

So people who were caught for doping?

Is this a joke?