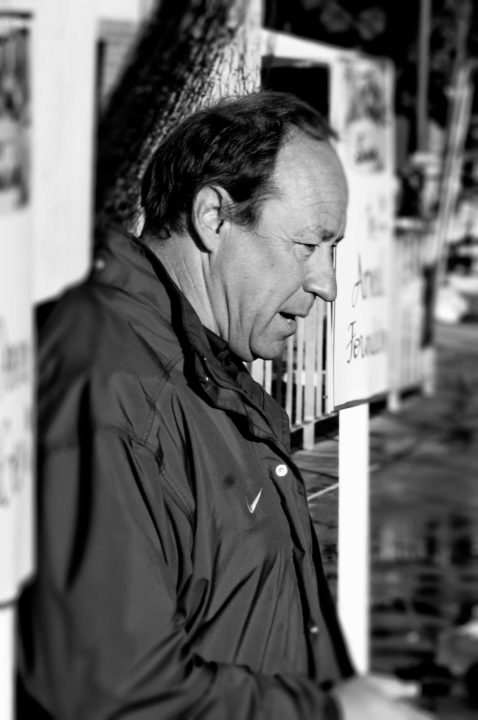 Vladimir Morozov, Nikita Lobinstev and Yulia Efimova have all called the California-based Trojan Swim Club home over the years, training under the tutelage of Head Coach Dave Salo, yet all 3 are now barred from competing in Rio.

Morozov and Lobinstev were both recently removed from the Russia Olympic roster due to being named in the “McLaren Report” as part of the ‘disappearing positives’ systematic scheme. Efimova was also eliminated from the Russian Olympic line-up for having a past doping suspension from 2014.

In the wake of the Russian doping scandal involving the removal of a total 7 swimmers from its Olympic rosters, Trojan Swim Club has, at least temporarily, made a change to its international swimmer policy. Until Salo can “somehow find a way to assure [the club] doesn’t have these kinds of problems”, international athletes are now suspended from participating in the Trojan Swim Club’s training program.

Salo tells SwimSwam, “I am suspending any international athletes from Trojan swim club for the near future until we can find a means to assure that anyone that trains with us is above reproach regarding the use of ped (performance enhancing drugs).”

“It is not enough to be tested regularly and randomly,” continues Salo to SwimSwam. “This applies to post grad athletes that are seeking an opportunity to train with Trojan swim club. Effectively this is in effect at the initiation of the new quad. ”

The rule, says Salo,”applies to any new athletes, but I will be reviewing our program as we move forward so that anyone that trains with me and my staff full understand my expectations for compliance to compete in our sport.”

As for the scandal of the McLaren report as a whole, Salo says, “They would be stupid to knowingly engage in doping. If it is found to be true then I am thoroughly disappointed. … If the doping problem in Russia is as egregious as the McLaren report suggests and to the extent that the athletes are pawns in the process then I would have to join the cry to suspend all Russian athletes from the Games.” (L.A. Times)

Both Efimova and Morozov are in the process of appealing their Olympic bans with the Court Arbitration of Sport.

Regarding Morozov, Salo told SwimSwam that, ” He [Vlad] has stressed to me, as I am well aware, that he is tested often while he trains here in the USA. He has stressed to me also that the inclusion of his name in the recently released McClaren report is surprising and he believes without merit. “

Im assuming the AD at USC forced this decision?

Swimming is a non-revenue sport. I wouldn’t be shocked if the AD had no idea about the issues surrounding former USC swimmers until the article below hit the LA Times yesterday.

Again, swimming is a non-revenue sport. If I were a coach, I would avoid negative publicity.

To clarify, I would not avoid it in the protect-a-pedophile-hope-no-one-finds-out Paterno way.

This is sad. Many foreigners, myself included, called Trojan home for a period of time. Salo took me in when I had plateaued and helped me to find fun in swimming again and i improved.

Dave encouraged clean swimming and truly believed that his program, followed to a T, would make athletes better. No supplements, supplemental training, even weights weren’t needed.

The only thing he can be faulted for is opening his doors to those who want to be better. It is sad it has to come to this… but I suppose we had to see it coming.

I think Salo was given this “suggestion” by USA swimming. It sure makes him look better than if he waited and was later forced to do it anyway. He should just limit the group to former trojan swimmers or current students without NCAA eligibility(transfers etc) but I think if he waits maybe a year and a half he could open it back up to others if he is a little more cautious.

In my opinion, Salo shouldn’t take “suggestions” from USA Swimming on how to operate a public benefit charitable corporation. USA Swimming was forced to register in California in 2014 (required when conducting business in California – they should of registered years ago). Southern California Swimming (SCS) got dinged because Mary Jo Swalley was a paid employee of the LSC and also a voting member of the Board of Directors. Edwin Duncan, attorney, hearing officer for SCS review board, has a “delinquent” public benefit charitable corporation “Maverick Swimming”. Articles of Incorporation of the Trojan Swim Club state, “This corporation is authorized to grant admission to membership of the corporation as specified in its By-Laws”. Revenue for the Trojan Swim Club has… Read more »