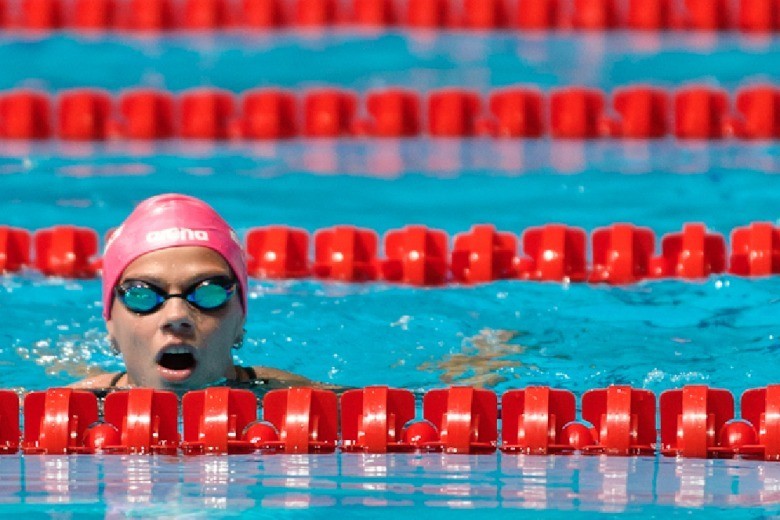 World Record holder Yulia Efimova has tested positive for the substance DHEA, according to state-run R-Sport. The test came in October in an out-of-competition sample.

Russian Sport minister Vitaly Mutko objected to the original report, saying that it was “a premature statement and completely wrong, without reflecting the facts.” Mutko believes that the positive test was the result of a legitimate prescription that Efimova has. DHEA, or dehydroepiandrosterone, is not illegal per se (in the U.S. it’s legal as an “old dietary ingredient), but it is banned by WADA, who once called it “an anabolic steroid like testosterone and THG.”

Mutko’s initial statements did not dispute whether Efimova tested positive for the substance, rather he believes that she has a legitimate medical use.

Per the WADA Code, however, which can be read here, (list of banned substances here), DHEA is classified as an “Endogenous Anabolic Androgenic Steroid” when applied exogenously (aka, when not produced naturally by the body), and therefore it cannot be a Specified Substance because of its classification. This means that the fact that Efimova had a prescription for the substance, on face value, should not be enough to face suspension. Note that this is not her only possible defense, rather it is the one that the Russian sport minister has made.

DHEA has been the culprit in many very high-profile doping cases, included baseball slugger Manny Ramirez, NBA player OJ Mayo, and 2008 Olympic 400 meter champion Lashawn Merritt, who received a 21 month suspension after a positive test of his own.

The Russians have confirmed that the test did not take place in Russia, but as Efimova was likely in the United States at the time, the USADA would be the organization that would have likely conducted it. The USADA has no test records for Efimova in 2013, but the 4th quarter, in which this test is claimed to have happened, is not yet available to the public. Efimova was tested by FINA in April of 2013, but no adverse findings have been announced from that test.

Efimova spends most of her time training in the United States at the Trojan Swim Club; three members of the 2012 Russian Olympic Swim Team have already been suspended for positive tests of banned substances.

Guys, please take it easy on Salo. You really think he has anything to do with the athletes that have tested positive on his team? That is completely bogus. The truth is, he is a great coach that has been very accepting of athletes wanting to come and train with him (from all over the world), which has made him vulnerable to these situations- and boy has he been burned. People come from all over the world to train in sunny LA and Salo accepts them because he loves fast swimming and dedicated athletes. It is easy to see there is a revolving door of athletes at the Trojan Swim Club, where very few of his pro athletes are there… Read more »

Don’t worry, DanishSwimFan. One of these second-raters will chime in from the cheap seats about how everyone who won is a cheater and ruin your enjoyment of the meet.

You conspiracy fools should be ashamed of yourselves. Throwing around baseless accusations against elite athletes because they swim fast is despicable. Rebecca Soni? Really? Idiots.

Here’s the process: 1) Find evidence that someone has cheated 2) Accuse them of cheating. Not the other way around. And in case you can’t figure it out on your own, swimming fast is not evidence of cheating.

Unless you don’t care about being right, in which case just keep spewing your ignorance and nastiness at undeserving athletes.

I couldn’t agree with this more. It is a very, very slippery slope when we start tossing around groundless accusations that are based on nothing more than suspicions and personal bias. when swimming fast and guilt-by-association become the sole criteria we use to level VERY serious accusations against coaches and swimmers, we indiscriminately damage other people simply to indulge our own schadenfreude.

i absolutely believe that we should hold our athletes to the highest standards and that doping has no place in our sport. anyone who tests positive, regardless of the reasons, should pay the price. i am also not naive – i’m sure there are several dirty swimmers out there who have not been caught. that said, the burden… Read more »

It is not so black and white. We know there are those being caught. We know, from the numbers, or if you’ve seen it up close, that testing is erratic and not comprehensive. We should be able to infer that there is a significant group of cheaters out there who are getting away with doping, in one form or another. It would be naive to believe that everyone who has cheated gets caught. You can’t just ignore the evidence, even if it is circumstantial.

I’m not advocating accusing people sans dirty tests, but being aware of the distinct possibility that any and everyone is a candidate for doping seems like the prudent stance to adopt. So, no, I wouldn’t… Read more »

Speculating that there are one or more cheaters in any big-time final is one thing. The problem with your logic is that cheaters don’t automatically win. Winning doesn’t mean you are a cheater.

Making unsubstantiated accusations or insinuations about successful athletes BY NAME is a terrible thing. If you are going to tie someone’s name to cheating, you had better have a damned good reason. And no, “their teammate did it” is not a good reason. It’s guilt by association.

Excellent athletes deserve to be respected, not automatically discounted, dismissed, and disparaged by people who are living in ignorance. And I mean that literally. If you don’t know anything, you are ignorant.

Using your logic all [insert group here] are… Read more »

My stance on the conversation about this is quite similar to yours.

In Finland we had our own doping scandal at world championships in cross country skiing in 2000, Finland. Many Finnish athletes got caught using prohibited substances. on top of the national embarrasment, and most likely because of that, the athletes caught were eaten alive by the press not only figuratively but also one of them actually did die soon for health issues most likely arising from the constant chase in the media.

It was the day I realised that the public went too far. Even when someone actually is caught cheating, there are official penalties in place for that. After one has suffered the suspension it should be… Read more »

Wow… been away for a few days without internet (yes, it was a struggle…) and come back to this! Very sad news for the sport if it’s true, although not altogether a surprise.

Also, if she has been doping, very sad for our Danish swimmers who were deprived once in a lifetime chances of winning international gold medals in front of a home crowd last month. Efimova was quite popular with the crowd and many of the volunteers in Herning, way to repay that admiration….

Right, time to catch up with the swims from Austin which will be less depressing!

Well, I have made my opinion last year, in that I’d be very surprised if ALL of the 16 yo stars Ledecky, Ye, Meilutyte are clean.

Aswimfan as usual your comments have proven quite prophetic!

Actually I’d be very surprised if ANY of the 16 yo stars Ledecky, Ye, Meilutyte are clean.

I know Franklin has been marketed as “America’s sweetheart”, but they should be objective and look into her as well.

Any evidence? No? Just ignorant accusations, right? Just shooting your mouth off about things that you don’t know anything about, right?

If you don’t have anything substantive, stop accusing a bunch of kids of being cheaters just because they’re fast.

Hi I know my name

Just for those who question Ous’ excuse about using the adderal to study, this is a very common thing on most college campuses and even some high schools. People who have actual prescriptions for the medicine often make a lot of money selling these pills to kids during exam times. If you don’t believe Ous or me:

However, he broke the rules and should have paid his time. That one mistake I don’t believe makes him a cheater. He was a dumb kid who did something that was only a mistake because he was an elite swimmer.

swimmer24 – it should be clarified for our younger readers that it is a mistake to take any medicine not prescribed for you, regardless of whether you are an athlete or not, including adderall.

But I get your point, and largely agree with what you’re getting at. Just think the above is important to point out.

Adderal is also a major masking agent used by cheaters, so is the heart medication that Cieser Cielo was caught for.

Are they testing for brain surgery? Certain parts of the brain can be removed which detach the sensation of fatigue. You might not be able to read maps afterward, but you’d swim a fast mile. How about a 10K? Performance enhancing has only just begun.

I will never forget Efimova’s last 50 in her 200 breast win in Barcelona. That was unreal.