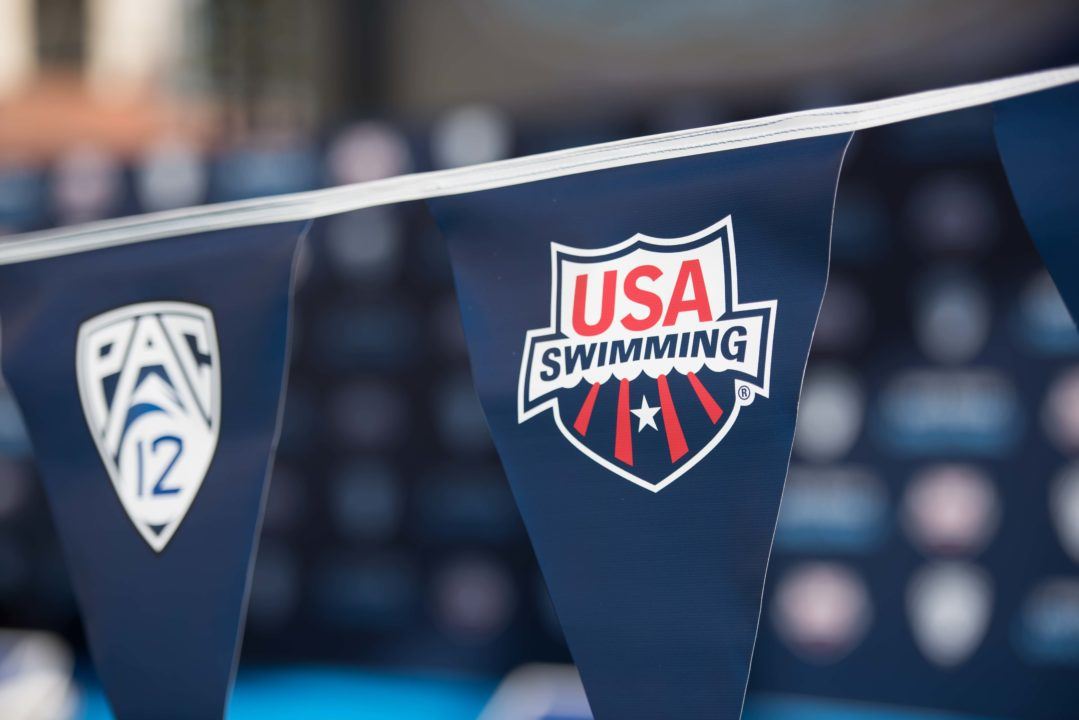 USA Swimming Safe Sport Senior Director Susan Woessner has resigned from her post, and in her letter of resignation, discloses that she kissed then-coach Sean Hutchison in 2007 and didn't disclose that information while helping with an investigation of Hutchison for an inappropriate coach-swimmer relationship in 2010. Stock photo via Mike Lewis/Ola Vista Photography

USA Swimming Safe Sport Senior Director Susan Woessner has resigned from her post, and in her letter of resignation, discloses that she kissed then-coach Sean Hutchison in 2007 and didn’t disclose that information while helping with an investigation of Hutchison for an inappropriate coach-swimmer relationship in 2010.

Woessner worked for USA Swimming as the Times Database Coordinator from 2004-2007. She says during that time, she kissed Hutchison “on a single occasion.” Woessner says there was no sexual or romantic relationship and that the two never had sex.

Shortly after that, Woessner left USA Swimming to pursue a masters degree. She returned to the organization in September of 2010 as “Athlete Protection Officer”, a position that would eventually be known as Director of Safe Sport. Three months later, USA Swimming opened an investigation into Hutchison and his swimmer Ariana Kukors, who were rumored to be in an inappropriate coach-swimmer relationship. Kukors and Hutchison denied the allegations then, but Kukors has since come forward with allegations that Hutchison started the grooming process with her at the age of 13 when he became her coach, and started sexually abusing her at age 16. Hutchison denies those allegations, saying the two were in a “committed relationship” when both parties were adults.

“We are committed to carrying on with the efforts Susan led, supported by the Board of Directors and the organization, to create a safe environment for children and swimming families across the country.”

Woessner’s resignation comes on the heels of a letter sent by USA Swimming to its members in response to reports that the organization had failed to address hundreds of cases of sexual abuse over the past few decades.

Woessner in particular came under heavy fire in a Southern California News Group investigative piece which attributes to Woessner some decisions to not pursue action against coaches accused of sexual abuse, and which quotes at least two sources critical of Woessner’s lack of background in Safe Sport before being hired by USA Swimming to run that division.

You can read Woessner’s full letter of resignation here.

Kissing Hutchison is not the only issue. She failed to investigate a coach who was reported to her on several occasions for abuses. She said she couldn’t investigate him because she said she ‘knew him’. This coach even boasted that he was untouchable because of ‘Sue”. When a swimmer commits suicide and abuses are reported to you, ‘Sue’, did you think you should look into it?

USA Swimming needs to clean house. It’s time for new leadership. I nominate Nancy Hogshead-Makar for CEO. She is whip-smart, has the law background, the history of activism, and was one of the best swimmers we’ve ever had, representing the US and winning at the highest levels. Most of all, she isn’t afraid to speak out, and she gets sh*t done.

I doubt that it was only a one-time kiss.

Everett uyichama recommendation should have gotten him fired. If you don’t know what I am talking about I will post a link

I mean I’m pretty sure this’ll get me in trouble here, but…holy sh*t.

You heard it here first. Pat Hogan will be gone by the end of the day.

She’ll have more to say soon. Almost guarantee it. Must be seeking some sort of whistle blower protection. More heads are going to roll.

It’s about time. No Susan was not good at her job. Dealt with her on a couple issues, and never came away with any type of confidence things would change.

The point of hiring Susan in the first place was to bring in someone with no experience that could be controlled and would not be an independent voice.

It’s even possible that having blackmail on her helped her get her job. Wielgus was not interested in helping swimmers.