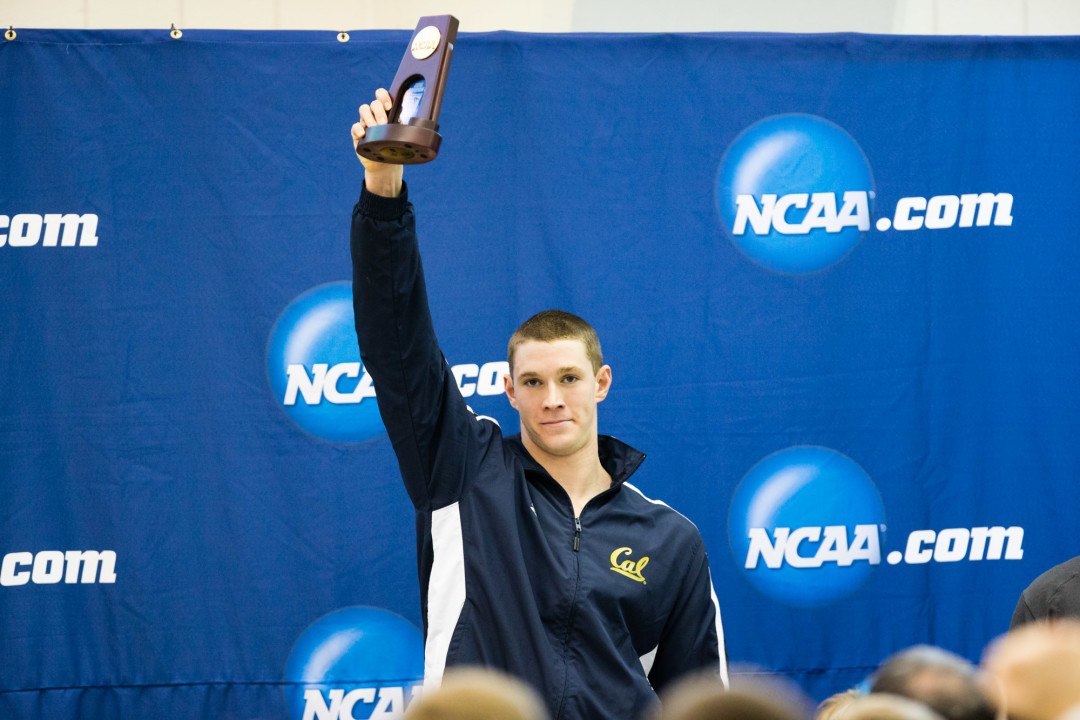 Cal senior-to-be Ryan Murphy will throw out the ceremonial first pitch on Sunday at a game between the Oakland Athletics and... Archive photo via Tim Binning/TheSwimPictures.com

Cal senior-to-be Ryan Murphy will throw out the ceremonial first pitch on Sunday at a game between the Oakland Athletics and Detroit Tigers at the O.co Coliseum.

Murphy, a member of the USA Swimming National Team, is the two-time defending CSCAA National, and Pac-12 Conference, Swimmer of the Year. He’s also the three-time defending NCAA Champion in the 100 and 200 yard backstrokes, and will be seeking a perfect sweep of both events in March.

Murphy is not the first swimmer to throw out a pitch at a Major League Baseball game. In 2014. Cal men’s swimming & diving head coach Dave Durden also threw out a first pitch at an A’s game, while former world Record holder Katie Hoff opened a Tampa Bay Rays game around the same time. In 2015, Cullen Jones and Conor Dwyer threw out the first pitch together at a Chicago Cubs game in Wrigley Field, and also led the 7th inning stretch.

Can we get Clayton Kershaw to be starter for first race at Olympic Trials? Some marketing and promotion could help the sport!

I enjoyed watching football stars give out awards during NCAAs. I like that idea of having different people be starters!

I can’t believe that got Calvin Johnson

Should only take him about 51 seconds to handle everything on the mound.

I predict Dave Durden has a heart attack during the first pitch while worrying that Ryan will injure his shoulder and miss the Olympics.