Ryan Lochte: How Olympians Hangout After the Olympics 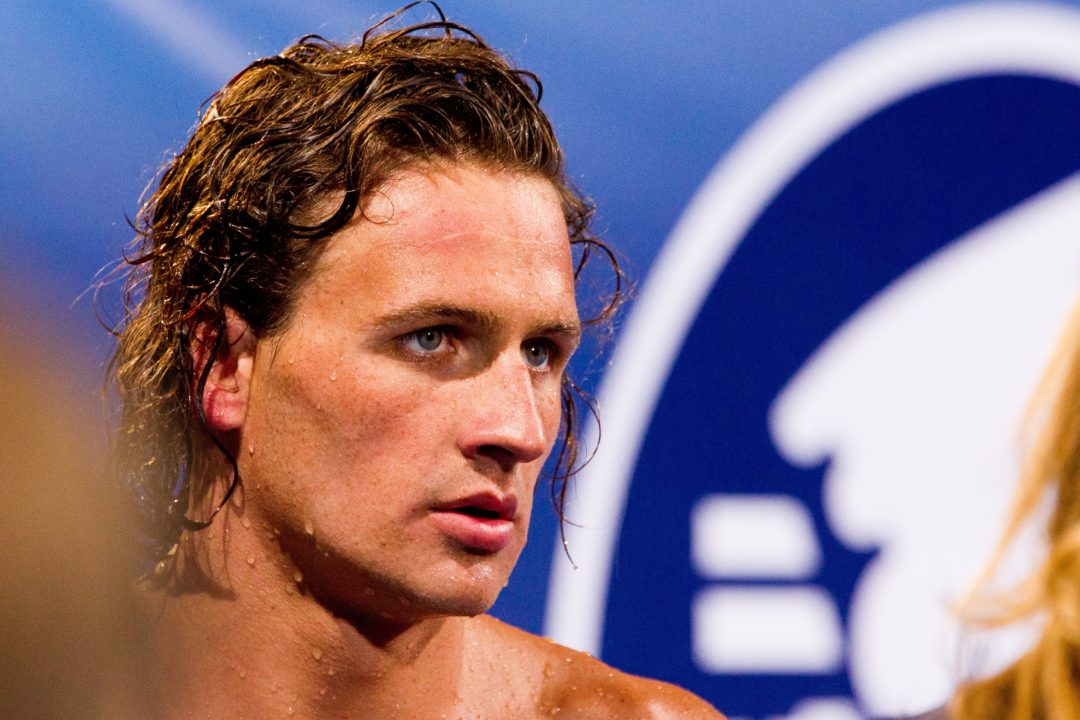 Swim News: Lochte will hang with Chris Fowler of ESPN'S "GameDay" this Saturday for the Florida vs. South Carolina game, according gatorcountry.com (Swim Photo Credit: Tim Binning, the swim pictures)

Before the glamour and fame came from the 2012 London Olympic Games run-up, Ryan Lochte was a mere 6-time Olympic medalist. He had not taken the 2009, 2010 and 2011 honors for being the best swimmer on the planet, or added five more Olympic medals to his hardware cache. He was just…Ryan.

Ryan’s still the same, we simply seeing him everyhwere.

This Saturday Ryan will saddle up next to Chris Fowler, host of ESPN’s GameDay, when No. 2 Florida takes on No.7  South Carolina in a pivotal SEC matchup, according to gatorcountry.com.  (Does anyone remember Fowler from Scholastic Sports America? He covered a lot of swimming back in the late 1980s.) Of course Ryan’s “GameDay” appearance is coming on the heels of his guest spot on NBC’s 30 Rock.

I captured the swim video above back in May of 2009, and I think it’s good evidence of Ryan’s steadfastness. Yes, he’s a little more polished and acting opposite Alec Baldwin (on NBC’s 30 Rock), but he’s a good guy, low-key, and always looking for fun.

When Ryan comes back to swimming, I think he’ll be unchanged, though, hopefully, even faster than before.

Co-star Matt Gevers holds his own in front of the camera, always. Now that he’s the fastest textile 100 meter backstroker in history, it’d great to see more easy-going Grevers videos again, like the ones produced by our friend Mike Gustafson.

“its a cleansing rinse” is a phrase for the ages.

Mel, you’re the best. I remember that video, and it’s still hilarious today! Ryan is such a nice guy and I’m glad all the success and shine hasn’t changed his core 🙂 Just want to see more GMM vids and interviews with him tho…*puppy eyes*