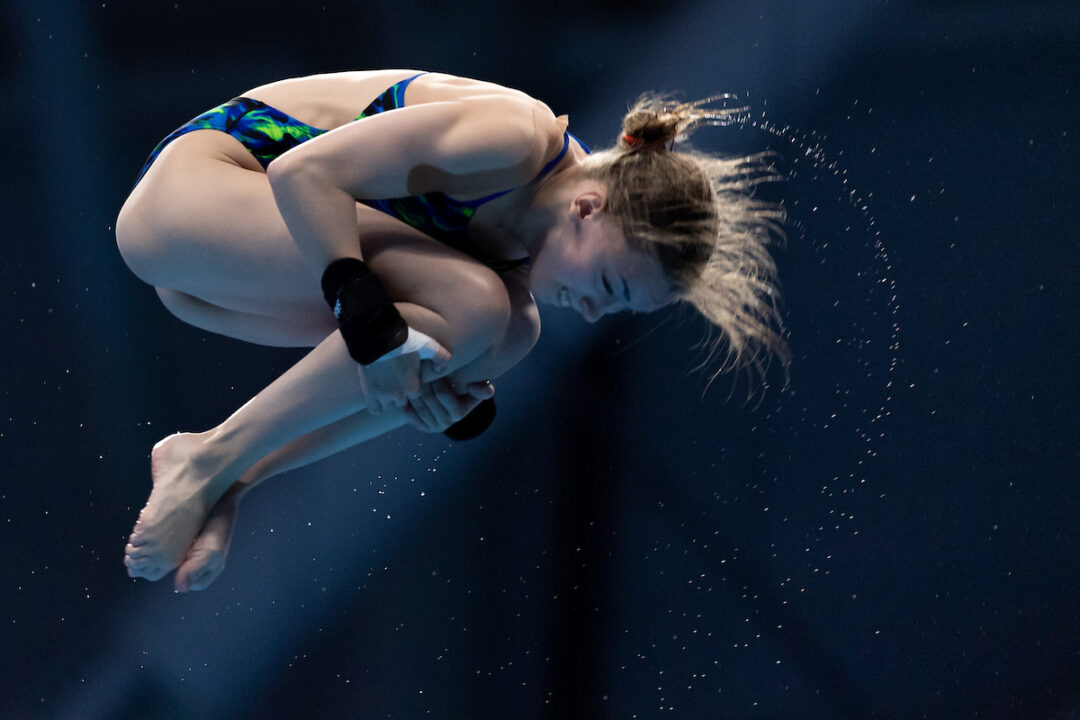 Monday, May 17 marks the beginning of the pool swimming portion of the 2021 European Aquatics Championships. Running from the 17th until Sunday, the 23rd, the fourth and final component of the championships follows the open water, artistic swimming, and diving competitions earlier on this month.

Ukraine followed Russia in the artistic swimming medal table and actually won the most medals of any nation, picking up 4 golds and 4 silvers for a total of 8. Ukraine’s star performer throughout the competition was Marta Fiedina who contributed to all 8 of those podium finishes.

Sharon van Rouwendaal of the Netherlands and Gregorio Paltrinieri started strong in the open water races and both collected gold in the 5k and 10k individual women’s and men’s races, respectively. Paltrinieri went on the pick up a third gold medal in the team 5k event along with Italian teammates Rachele Bruni, Giulia Gabbrielleschi, and Domenico Acerenza.

Van Rouwendaal’s double gold medal performance accounted for the Netherlands’ only 2 open water medals at the championships. France was 3rd on the medal table thanks to Axel Reymond‘s 25k gold, Marc-Antoine Olivier‘s double gold in the 5k and 10k, Lara Grangeon‘s 25k silver, and Océane Cassignol‘s bronze medal in the 5k.

Just as they did in the artistic swimming portion, Russia topped the medal table in the diving events by collecting 5 gold, 4 silver, and 4 bronze medals for a total of 13. Evgeny Kuznetsov and Aleksandr Bondar won the men’s 3-meter springboard and 10-meter platform dives, respectively while Anna Konanykhina took gold in the women’s 10-meter platform. Russia’s other 2 golds came from in the women’s 10-meter synchro event and the mixed team event.

Patrick Hausding was also a part of the bronze medal finish for Germany, adding to his gold medal performances in the men’s individual 1-meter springboard, men’s 3-meter springboard synchro, and the men’s 10-meter platform synchro with Timo Barthel.

Upon the conclusion of the artistic swimming, diving, and open water portions of the 2021 European Aquatics Championships, Russia leads the overall medal table with 11 gold medals, 4 silver medals, and 5 bronze medals. So far 15 countries have collected hardware, sharing the 90 total medals that have so far been given out.

The pool swimming portion, however, will likely provide a significant shakeup of the medal standings considering that 129 medals are still to be given out across 34 total individual men’s and women’s events, and 9 total relays.