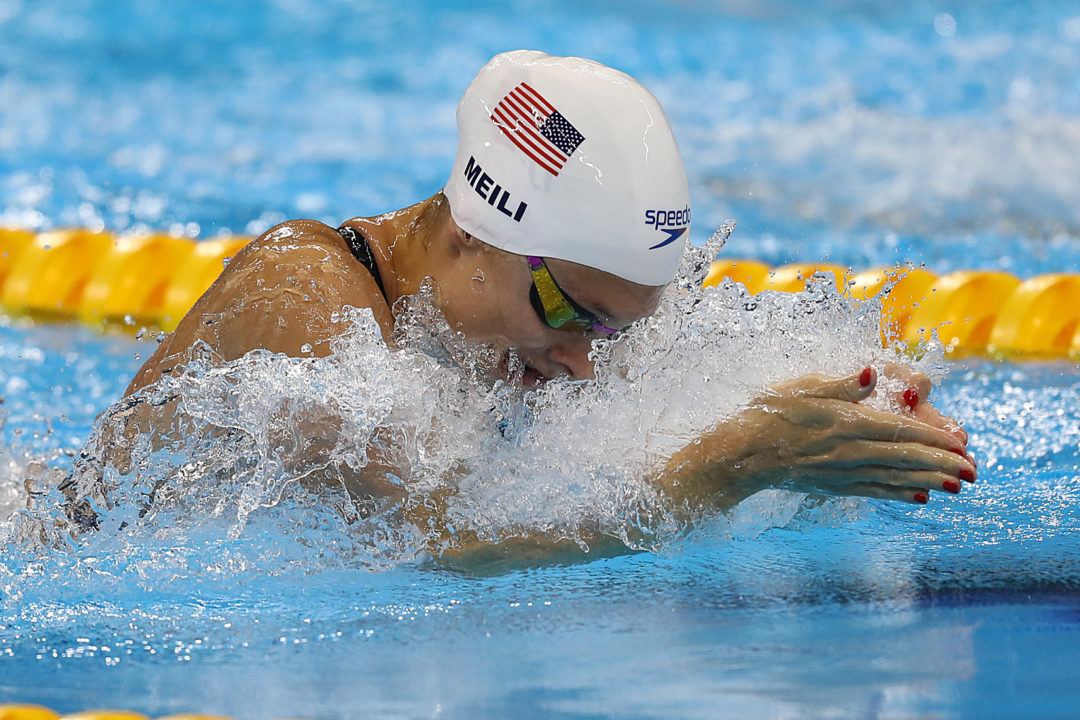 Thanks to an amazing breaststroke split by Katie Meili the Americans posted the fastest time in the heats of the medley relay. Current photo via Simone Castrovillari

Dernmark’s Pernille Blume broke Jeanette Ottesen’s national record in the 50m freestyle in order to put up the fastest time of the heats in the women’s 50m freestyle. Blume was a 24.23 to win the final heat. Her closest competitor was Fran Halsall of Great Britain in 24.26

Defending Olympic champion and world record holder Sun Yang didn’t manage to make the final in the 1500m freestyle this morning. With him out, the heavy favorite is Gregorio Paltrinieri of Italy. He was a 14:44.51 this morning ahead of Connor Jaeger.

Thanks to an amazing breaststroke split by Katie Meili the Americans posted the fastest time in the heats of the medley relay. Surprisingly enough the Canadians were second overall in a new national record. Kylie Masse led off the team in a new 100m backstroke national record of 58.66, a time that would have upgraded her from bronze to silver in the individual event.

Thanks to a 57-mid split by Adam Peaty on the breaststroke, the British beat the American prelim team and head into finals with the top spot. The Americans have never lost this race at the Olympic Games.

Splits for America and England in the men’s medley