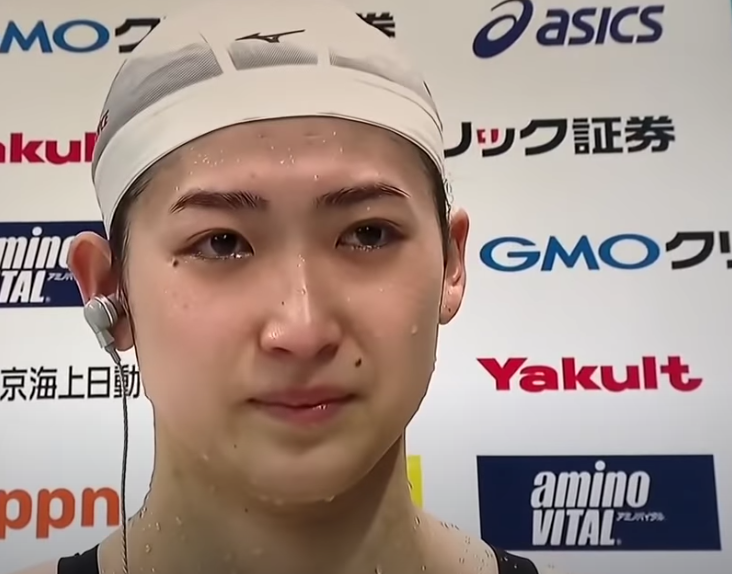 As we reported early this morning, 20-year-old leukemia survivor Rikako Ikee has qualified for her 2nd Olympic Games by way of finishing first in the women’s 100m fly. Although her time did not meet the individual qualification standard set forth by the Japanese Swimming Federation (JASF), it did fall beneath the selection standard to represent the nation on the women’s medley relay.

Plus, Ikee still has more events to go here at the Japan Swim (Olympic Trials), set to race in the 100m free and 50m free.

You can read more about Ikee’s inspirational feat here.

Ikee’s remarkable 100m fly victory is seen below, with the 2018 Asian Games MVP clearly very emotional as soon as she touched the wall and then spoke with media immediately post-race.

“I’ve never thought I’d be able to win the 100. I was less confident compared to the qualifier five years ago and I thought I could win only in the distant future,” Ikee said.

“But I trained to win and I was saying to myself ‘I’m back’, as I entered this race.”

“I didn’t get the turns right in the semifinals and I thought there were areas to improve,” she said. “So I wasn’t expecting to get below 58 seconds or the time needed for the relay, so I’m really happy.”

“Even at really tough, hard times, I felt that effort would be rewarded,” said Ikee. “I was really happy when I saw the results. It was beyond words.”

WOW!!! Absolutely thrilled that she will be competing in Tokyo!!!
Omedetō gozaimasu!!!

WOW. One of the greatest comeback that swimming has ever had.

I think her 50 will be awesome. And even if it’s not, this story is so inspiring…what an incredibly quick turnaround from diagnosis to MAKING THE OLYMPICS (in her home country, to boot)

😭😭😭 Cried from the minute she got out of the pool. What a great sports moment.

Can’t understand a single word… Cried through the whole interview

This is absolutely incredible. Ikee is a real superwoman!

Just one question, although she did not make the individual qualification standard, is there still a possibility that Ikee could be allowed to swim the individual 100? I know that in the past the JASF would be willing to make discretionary selections to the team.

If she didn’t make the Olympic time criteria, she can’t swim the event

That’s amazing! But, why is she still doing only 5 dolphin kicks off the wall?!? At every championship meet she goes like 8 meters underwater. Girl, Natalie Coughlin did 11 kicks. We’re rooting for you!

Recovering from a deadly disease

Good grief. She was in the hospital for 10 months. She’s been out for 16 months.

So wonderful! Made my day too!