Get Ready For Japan’s Olympic Trials Kicking Off Saturday 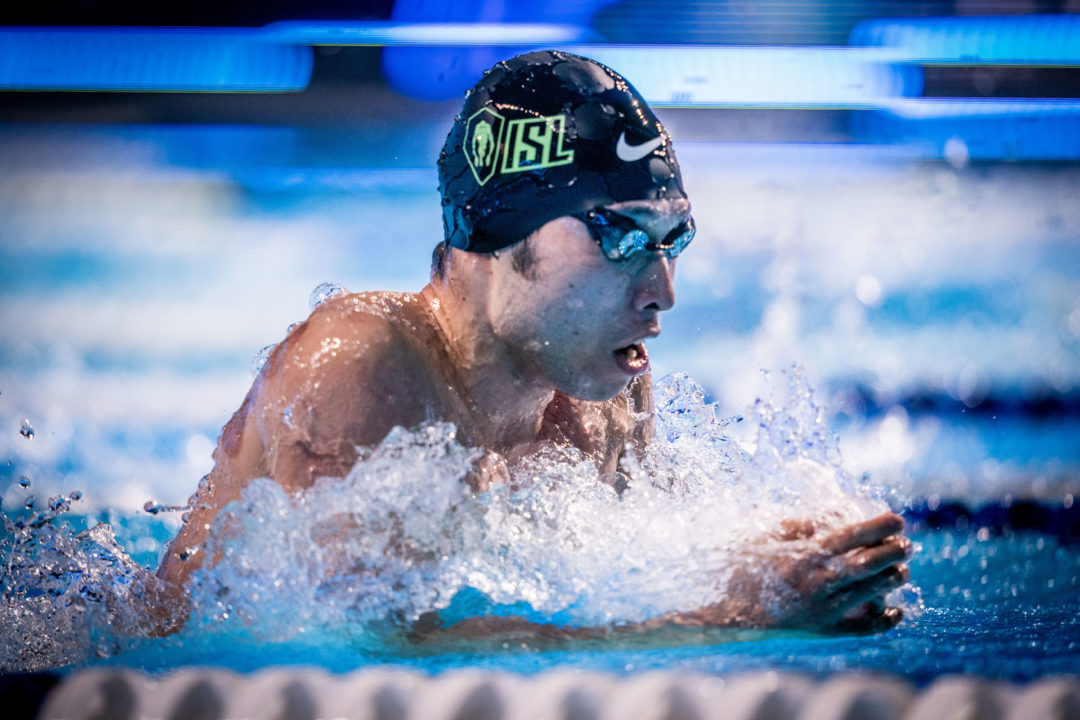 Keep up with all the action from Tokyo as the nation's Olympic Trials kick-off tomorrow, Saturday, April 3rd, starring Kosuke Hagino. Archive photo via Mine Kasapoglu

Get ready for one of the most highly-anticipated Olympic Trials meet, as the 2021 Japan Swim kicks off tomorrow, Saturday, April 3rd. Taking place at the Tokyo Olympic Aquatics Centre, site of swimming action for the actual Games later this summer, the best of the best will vie to represent the host nation at the postponed Olympics.

This is a closed event, held without spectators and with a reduced number of participants. Each event is limited to 32-40 swimmers, meaning there’s especially no room for error in seeking to advance from prelims to semifinals to finals.

We’ve highlighted the main entries in previous posts, which can read more about here.

However, below are several of the key races to watch as the meet unfolds over the next week.

This event has the potential to be a three-way battle for only two spots, with Shoma Sato, Ippei Watanabe and Yasuhiro Koseki all gunning to make the squad. Sato holds the top time in the world with his lifetime best of 2:06.74, although Watanabe has been .01 faster in his career in 2:06.73. His quickest of 2021 was 2:07.54 from February’s Japanese Nationals.

As for Koseki, the Olympian has been on the down-low as of late, competing domestically but not coming close to the aforementioned Sato and Watanabe. Unless he throws down something spectacular, he’ll be the odd man out in this 2breast.

It’s clear that getting under the 51.70 JASF-mandated QT needed for the Games won’t be a problem, but whose names will be on the roster is the big question. As of today, there are 4 Japanese men ranked within the top 15 performers of the men’s 100m butterfly for the season, with these athletes separated by less than half a second.

Leading the pack is ISL standout Takeshi Kawamoto, who owns a season-best effort of 51.28, although right behind him is Naoki Mizunuma and his 2021 time of 51.34.

Others in the mix include Yuki Kobori, Shinnosuke Ishikawa, Kouta Akahane and Katsuo Matsumoto. The latter is the reigning 200m free silver medalist from the 2019 FINA World Championships. He has made major strides in this event, bumping his personal best up from 52.05 just last December to his current PB of 51.47.

Reigning world champion Daiya Seto has already sealed his Olympic bid in this event by way of his gold medal in Gwangju, which leaves half a dozen men gunning for teh last slot. Among them is Kosuke Hagino, the reigning 400m IM Olympic champion who has sworn off that longer race to go all-in for this 2IM, the 200m back and the 200m free.

The 200m back and 200m IM fall on the same days of competition, which means the 26-year-old’s fitness will be put to the test as he fights off the likes of Hiromasa Fujimori, Takeharu Fujimori, Ippei Miyamoto and Juran Mizohata.

Rikako Ikee will be contesting this event, along with the 50m free and sprint butterfly events. Although her finishing in the top 2 while also achieving the JASF-mandated time of 53.31 is a long shot given all she’s been through with battling leukemia, just teh fact the 20-year-old is taking on the challenge is a feat unto itself.

Speedsters Rika Omoto, Chihiro Igarashi, Rio Shirai and Tomomi Aoki will be among those geared up to take the gold here in Tokyo, although none have been as fast as the QT needed for individual Olympic representation.

And that’s 4 under 1 minute excluding Koseki and Watanabe who were 1 flat. Impressive depth.

Can’t wait for it, I think we’ll see some really fast swimming!

The gap between the Japanese swimmers, chupkov and Wilson compared to the rest of the world is insane in the 200 breast. Another big thing I’m watching for is to see if Shinri Shioura is able to qualify for the 50 free.

Kamminga has also gone 2:06 and Stubblety-Cook isn’t far away either.

LET’S SEE WHAT YOU CAN DO SHOMA SATO

There’s now a definitely possible but more unlikely scenario that 3 guys could go under the world record and one of them is done after that.

Of the last six occasions that the 200 br world record has been broken, three have come at Japanese national meets (Kitajima 2008, Yamaguchi 2012, Watanabe 2017).