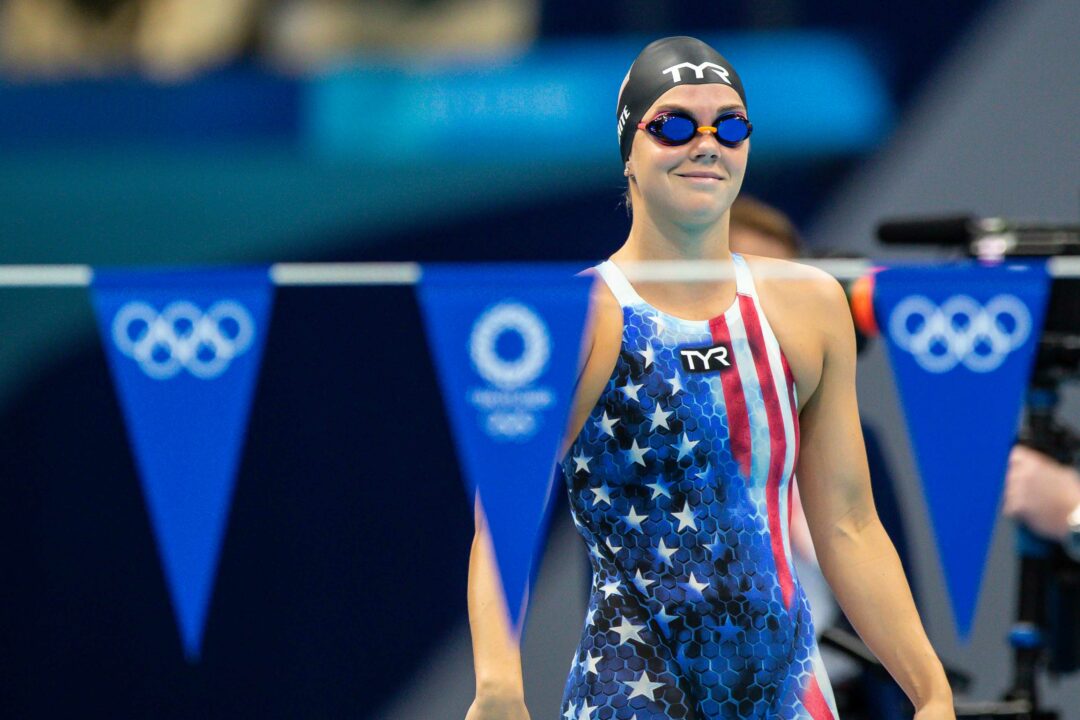 A pair of individual Olympic finalists from last summer’s Games highlight the entries for the upcoming Atlanta Classic at the McAuley Aquatic Center, and they both happened to have finished in the top eight in the same event in Tokyo.

Rhyan White and Kira Toussaint, who finished fourth and seventh, respectively, in the women’s 100 backstroke Olympic final will both be competing in Atlanta, as will a number of top-tier NCAA swimmers who are fresh off wrapping up their collegiate seasons in late March.

The Atlanta Classic typically attracts some of the best swimmers in the United States, including a number of marquee names headlined by Caeleb Dressel last year, but with the U.S. Trials for the World Championships taking place earlier than usual in 2022, the majority of swimmers heading to Budapest are back home in prep mode prior to heading to a training camp in Croatia on June 4.

As a result, the psychs sheets for the Atlanta Classic are thinner than usual, but we’ve still got plenty to look forward to this weekend.

White is the lone U.S. World Championship team member listed on the psych sheets. After finishing fourth in both women’s backstroke events at the Tokyo Olympic Games, also winning a silver medal as a member of the U.S. women’s 400 medley relay, the University of Alabama swimmer placed second in the 200 back at last month’s Trials in a personal best time of 2:05.13, qualifying for the Worlds team.

Toussaint, a Dutch native who recently made the move to train at her alma mater, the University of Tennessee, is only entered to swim the 100 back and 100 free. The 27-year-old was also recently in action at the JAX50 Sprint Dual Challenge in Florida.

The competition will run Friday through Sunday, with prelims beginning at 9 am and finals at 6 pm (ET) each day.

Anyone with the link to results?

Nikonova is a freshman.

Florida must be using converted times or something

Check your stats on Zoie Hartman.

Meant to say made three NCAA finals not ‘A’ finals. Updated.