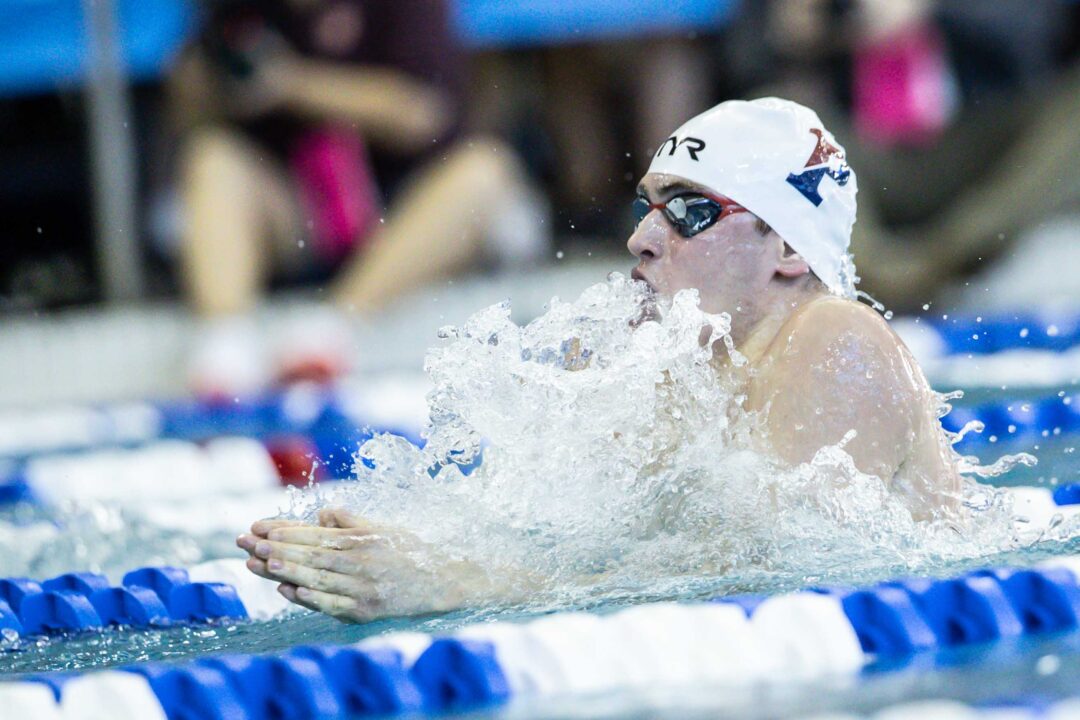 Penn's Matt Fallon is now the fastest freshman ever in the 200 breast after leading prelims with a 1:49.03 this morning in Atlanta.

In an incredibly fast prelims’s session, University of Pennsylvania’s Matt Fallon swam the fastest-ever time by a freshman with a 1:49.03 to lead the 200 breast prelims.

Fallon, who put up some great swims at last summer’s Olympic Trials, has continued to ride that momentum into his freshman season with the Quakers. He became the 2nd-fastest freshman ever in the event with times of 1:50.53 and then 1:49.71 at the midseason Zippy Invite, and he knocked another chunk off of his best time this morning.

Compared to some of the other swimmers in the field, Fallon took it relatively easy on the front half, going out in 53.80, but he closed with splits of 27.13 and 28.10. That’s pretty standard modus operandi for Fallon, who memorably employed a similar approach at Trials.

Today’s swim moves Fallon past former Cal swimmer Josh Prenot to become the 6th-fastest performer ever in the event.

While Fallon’s time this morning was well over a second faster than anyone else’s, he’ll still have his work cut out for him tonight. He’ll face a field that includes three of the other top ten fastest men ever, including Reece Whitley, who’s the 2nd-fastest man ever, defending champion Max McHugh, and 200 IM champion Leon Marchand, among others.

If you think back to Athens ’04 Dani Gyurta started this more even 200 brst pacing. 100% believe it’s the best way.

guy is absolutely deadly with his odd looking stroke. rest of the field can have fun eating his wake on that second 100 later.

He hits every turn perfectly and also the finish.