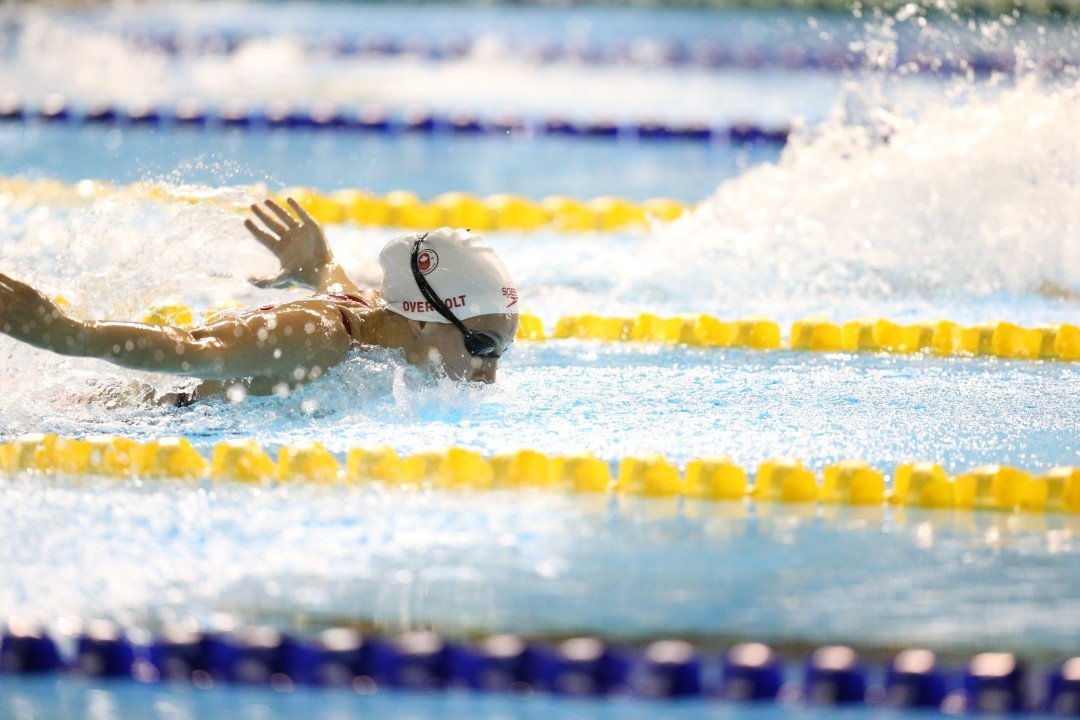 Emily Overholt swam her fastest 400 IM in the Canadian Trials prelims since finishing 5th at the Olympic Games two years ago. Archive photo via Chris Tanouye

The 2018 Canadian Swimming Trials got underway this morning from Edmonton, with the first Pan Pac roster spots up for grabs during tonight’s finals.

The most highly anticipated race of day 1 is certainly the women’s 200 free, where a loaded lineup goes to battle for four available relay spots tonight.

Erika Seltenreich-Hodgson, who placed 4th at the Commonwealth Games in the 400 IM, scratched out of that event in favor of the 200 free, and will look for a top-4 spot tonight after qualifying 6th.

In that 400 IM, 2017 World Championship bronze medalist Sydney Pickrem took the top spot in 4:47.37, followed by Commonwealth finalist Sarah Darcel (4:48.98). Emily Overholt, who won bronze at the 2015 Worlds, had her fastest swim since returning from injury at the end of 2017 in 4:49.19, qualifying 3rd. The winner automatically qualifies for Pan Pacs, but all three are capable of getting down to the 4:43.06 standard that would likely ensure them all on the team heading to Tokyo.