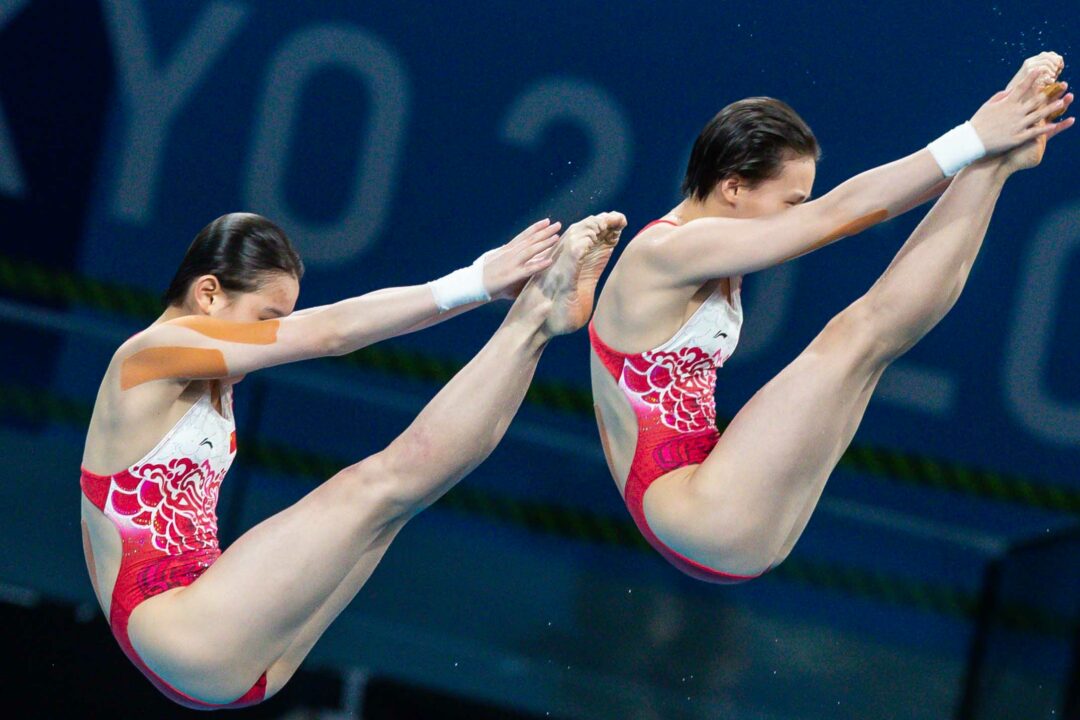 Chinese divers have now won 31 of 40 available gold medals since the synchronized events were added to the Olympic program in 2000. Stock photo via Jack Spitser/Spitser Photography

As has become the norm over the last two decades, China dominated the Olympic diving competition in Tokyo, winning seven of the eight gold medals that were available and finishing 1-2 in all four individual events.

China’s diving dominance has been incredible since the 2000 Olympics in Sydney, which was the first Games that introduced the synchronized events to the program. Since then, Chinese divers have won a staggering 31 of the 40 gold medals up for grabs, including 20 of the last 24.

Xie Siyi and Shi Tingmao were double gold medalists in Tokyo, while 14-year-old Quan Hongchan emerged as a superstar after dominating the women’s 10m platform with multiple perfectly-scored dives.

The only other nation to land on top of the podium in the diving competition was Great Britain, as Tom Daley and Matty Lee combined to win the men’s 10-meter synchronized platform event. This was Daley’s fourth Olympic medal in his fourth Olympic appearance, but his first gold.

I would have loved to have seen how the Australian synchronised divers went – unfortunately they couldn’t get to the qualifying event which was very disappointing. I’m not saying they would have won gold but we do have some very good synchro teams.

So for the second Olympics in a row GBR gets a smash & grab win to stop a Chinese sweep of golds in diving. We’re not good at much, but we’re experts when it comes to s**thousing. China probably deserve a sweep sooner or later though, they’re just consistently so much better than the rest of the world when it comes to diving.

All the Chinese divers were so good but Quan Hongchan was on her own level of amazingness.

I don’t know how it’s possible to be that good at anything. The rip entries were a cupful lower in displacement this year, especially that 14 year old phenom. But Cynthia Potter is on the same level as commentator. She is the best specialized sport analyst ever and I hope everyone appreciates her toward the end of her career. Cynthia did a great job this time describing the hand placement and immediate underwater technique that enable and accentuate the rip entries.

National sports schools that trains divers beginning at the age of six helps.