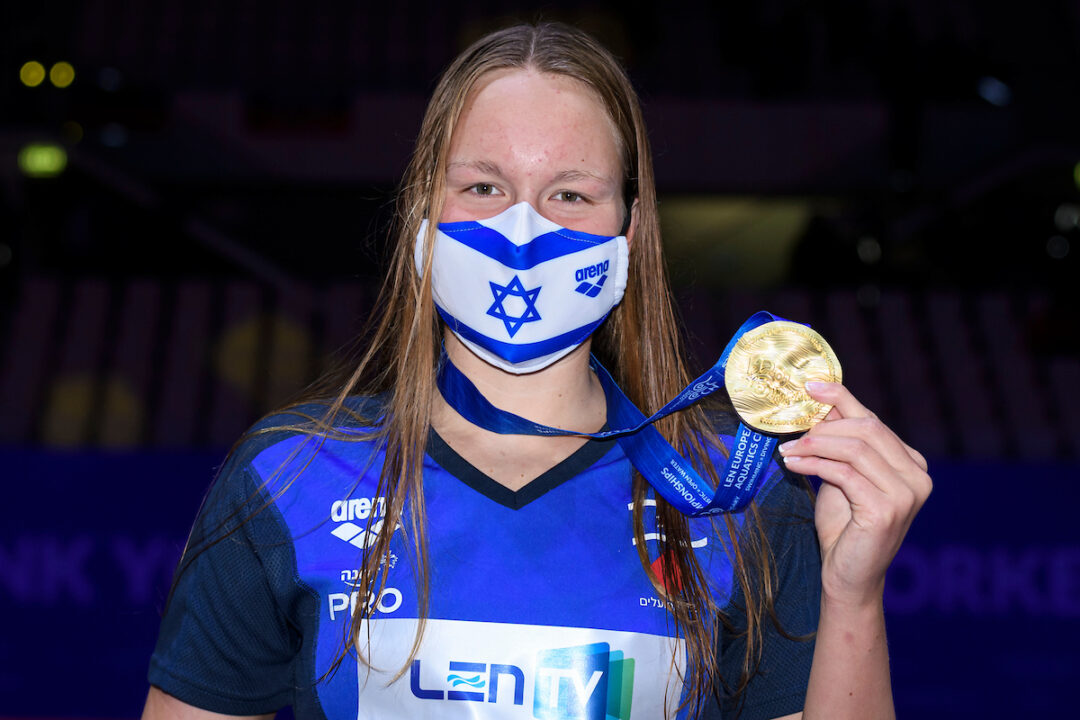 Israel did not win a medal at the 2018 SCM World Championships in Hangzhou. LA Current swimmer Gorbenko may be Israel’s best shot at a medal this time around. She recently broke the Israeli national record in the 200 back (SCM) in the ISL playoffs. She also broke Israel’s national record in the 100 back leading off the medley relay at the same meet (57.49). Roditi, who just missed the podium in Tokyo, is also a good shot at an Israeli medal.