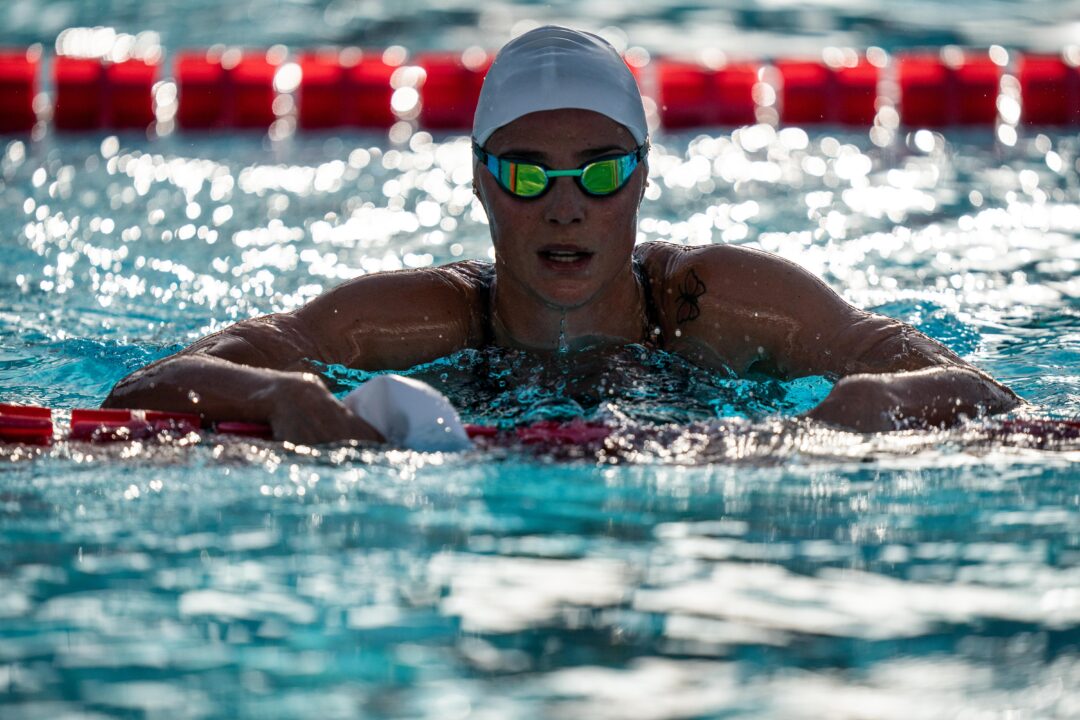 Following her Olympic bronze-winning swim in Tokyo, Blume took some time out of the pool and competed on a Danish dancing show. Archive photo via Mine Kasapoglu

After a couple of months out of the pool, 3-time Olympic medalist Pernille Blume announced that she has returned to training. Blume shared a post via Instagram with fellow Danish Olympian Emilie Beckmann saying that they had arrived in Las Palmas, Spain for training camp.

This post confirms that Blume will be making a comeback after taking 6 months off following the Tokyo Games. Blume’s focus for the fall of 2021 was her participation in the Danish dance show Vild med dans where she and professional dancing partner Morten Kjeldgaard competed in season 18 of the show. Blume and Kjeldgaard wound up placing 3rd overall.

Blume’s finish on the show was her second big third-place finish of the year, following her Olympic bronze medal-winning swim at the Olympic Games. The Danish sprinter raced her way onto the podium in Tokyo, posting a 24.21 to Emma McKeon’s winning 23.81 and Sarah Sjostrom’s 24.07 for silver.

Blume was a little slower in 2021 than she was at the Rio 2016 Games where she won Olympic gold in the 50 freestyle with a 24.07 Danish record. Blume also won a bronze medal at the Rio Games in the 4×100 medley record when she, Mie Nielson, Rikke Møller Pedersen, and Jeanette Ottesen swam a 3:55.01 European record.

The fact that Blume is racing again implies that she will be vying for a spot on Denmark’s 2022 World Championships squad. The meet is set to take place in Fukuoka, Japan from May 13 – May 29, 2022. Blume has raced for Denmark at each edition of Worlds since 2011 and won her first medal at the meet in 2017 with a bronze medal in the 100 free. In 2019 Blume swam the 50 freestyle at Worlds, placing 4th in the final with a 24.12.