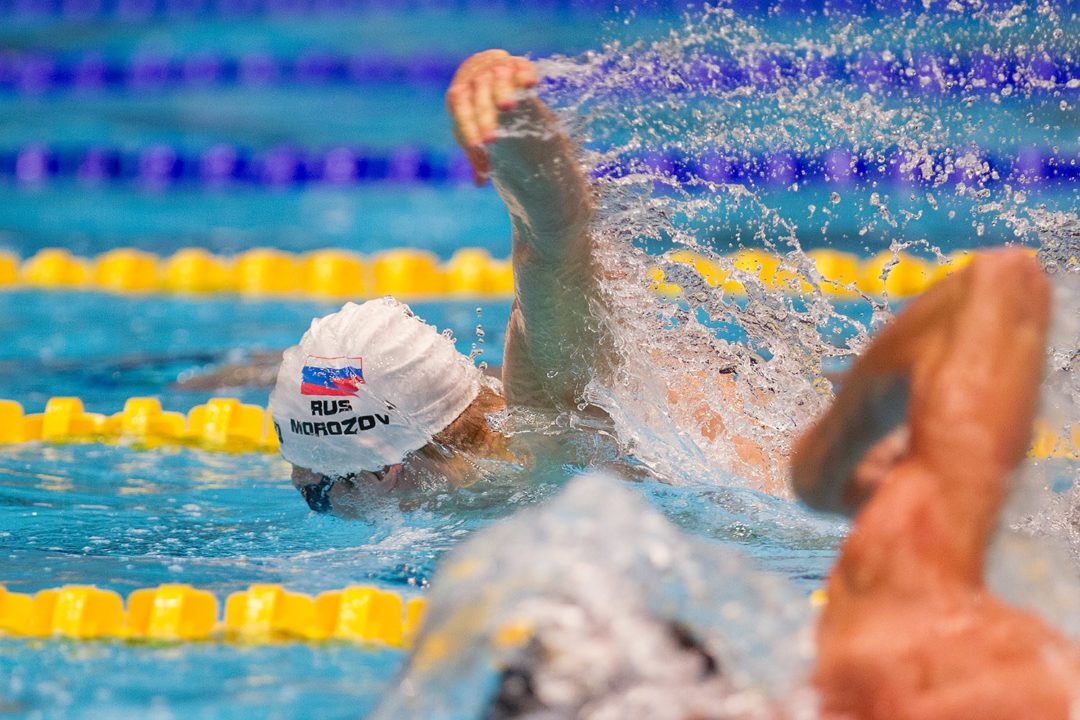 Among those cleared are a total of 32 swimmers who will be competing at the Games. Both Vlad Morozov and Nikita Lobinstev were given clearance to compete after both being named as part of the "disappearing positives" program revealed in the McLaren report on systematic Russian doping. Archive photo via Jesper Nielsen | www.sttfoto.dk

It seems as though the dust has finally settled in the ongoing Russian doping saga following the IOC announcement that they cleared 271 of the 389 Russian athletes submitted to compete at the 2016 Olympic Games.

Among those cleared are a total of 32 swimmers who will be competing at the Games. Both Vlad Morozov and Nikita Lobinstev were given clearance to compete after both being named as part of the “disappearing positives” program revealed in the McLaren report on systematic Russian doping.

While both Morozov and Lobinstev were cleared for competition, the most high-profile doping swimmer, Yulia Efimova, was denied a spot on the Olympic team after appealing the decision to the CAS earlier this week.

Daria Ustinova, Mikhail Dovgaluk, and Natalia Lovtcova were also all removed from the Russian roster prior to the IOC ruling. Marathon swimmer Anastasia Krappivina was as removed as well.

While many of their top stars such as Efimova and Ustinova were removed from the roster, they still have plenty of top contenders who could fight for the podium in Rio.

Morozov is one of the biggest names, a sprint guru who’s in the medal hunt in both the 50 and 100m freestyles.

Anton Chupkov could be a threat in the breaststroke events, and the depth on the Russian relays can never be overlooked.

Looks like Efimova is going after all. Her agent posted so.

Any podium they make will be suspect. Just say’in. The IOC is a corrupt organization that will be the “downfall” of future Olympics.

I hope Morozov and Lobintsev got booed loudly everytime they are on the starting block.

I doubt that either of them breaks 48.2