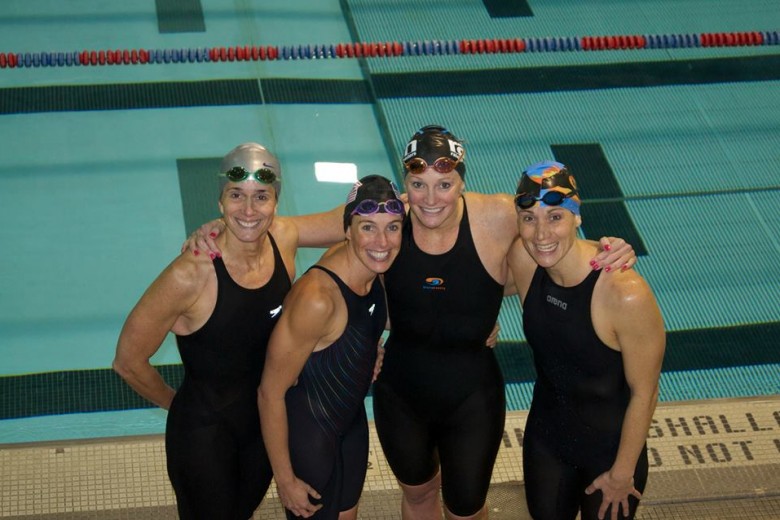 All four women live and train in North Carolina, Braun and Stringer with Raleigh Area Masters, Uhl in Wilmington, and Walsh at the University of North Carolina. They combine to represent North Carolina Masters Swimming in national competitions. They’ll hold the new world record under that banner after taking nearly a second and a half off the previous world mark set by Red Tide of NYC in 2009.

The record was broken at the 2013 North Carolina State Short Course Meter Championships, which took place in Charlotte, NC November 9-10.

Walsh, who competed in collegiate swimming for UNC, and Braun, who swam for Georgia, almost broke a second world record in the Time Trials session, missing the Mixed 200 medley relay record for the 200-239 age group by just .12. Joining them on the relay were Jon Klein  (backstroke) and Jon Blank (breaststroke). Braun swam butterfly and Walsh freestyle. Braun told SwimSwam that the four plan to make a second run at the record next March.