Nicholas Santos Does His Thing For Gold At José Finkel Trophy 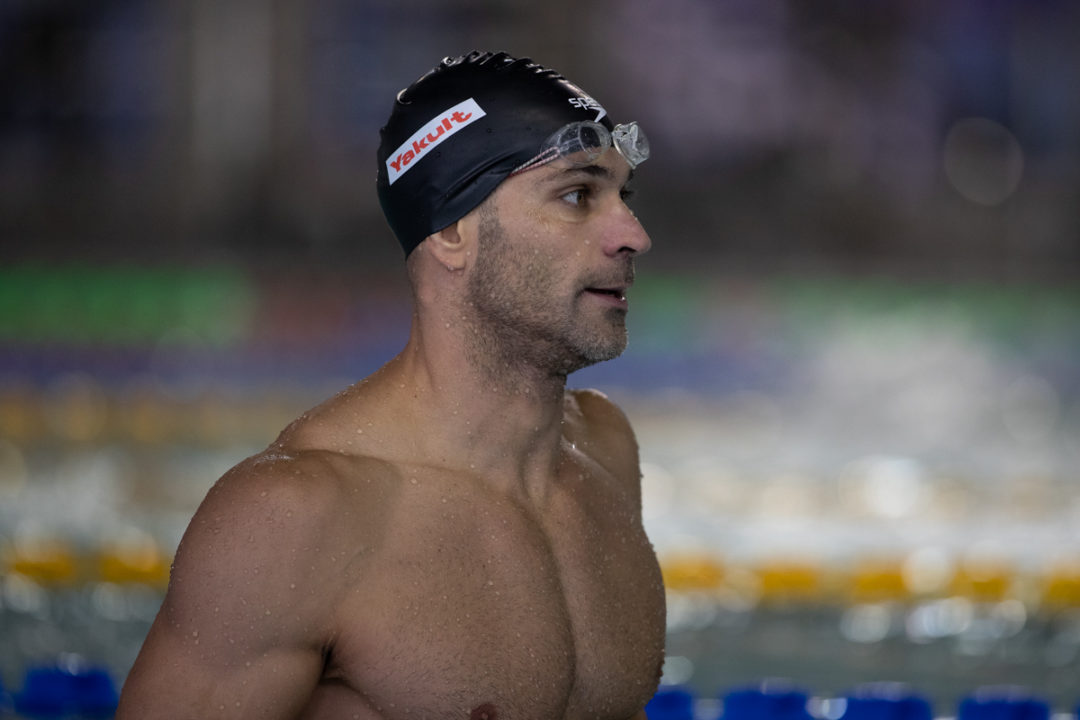 The ageless Nicholas Santo put another gold in his pocket by taking the men's 50m fly event on night 4 of the 2019 Jose Finkel Trophy. Archive photo via “Rafael/Domeyko Photography”

The 2019 José Finkel Trophy continued in Brazil today, but without two-time gold medalist here already, Etiene Medeiros. The Pan American Games champion was slated to race the 100m back in a bid to add a 3rd gold to her 50m free and 50m back twosome from Paraná, but she was a no-show for today’s event.

The men’s edition saw Gabriel Fantoni get to the wall fist in 54.15, with Guilherme Dias Masse touching shortly behind in 54.28 to represent the only other swimmer under the 55-second threshold tonight.

Daiene Dias proved too quick for the women’s 50m fly field, getting to the wall first in 26.76. Putting up a fight for silver was Daynara Paula, who produced a mark of 26.87 for 2nd pace. Visiting swimmer Ilaria Bianchi of Italy took 4th in 27.28.

World Championships swimmer Nicholas Santos earned gold in his signature 50m fly race in a mark of 23.31, with the next closest competitor, Guilherme Rosolen, checking in at 23.83 for silver.

Santos was the bronze medalist in this 50m fly event in Gwangju, collecting his medal there in a time of 22.79 behind winner Caeleb Dressel of the United States and silver medalist Oleg Kostin of Russia.

Additional winners on the night included Guilherme Costa earning gold in the 800m free in 7:59.34, while Betina Lorscheitter reaped 1500m free gold for the women in 16:38.52.

Nicholas is a true legend.