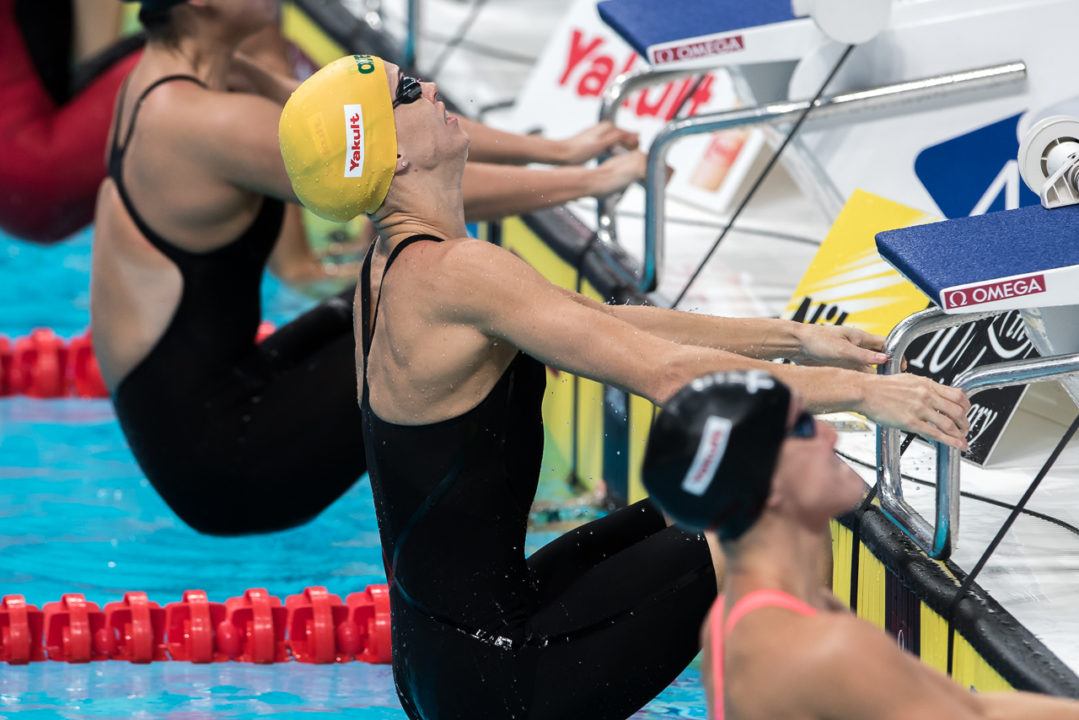 2021 Canadian Trials: Ruck And Pratt Just Above FINA As During 200 Back Prelims

For 31-year-old Barratt’s part, the Rockingham swimmer raced 2 individual events, taking the women’s 50m fly race followed by the 100m IM. In the former, Barratt stopped the clock at a time of 25.62 to top the field by almost 2 solid seconds, while in the latter she reaped gold in a mark of 1:01.34.

Barratt’s personal best in the short course 50m fly sits at the 25.61 notched at last year’s Australian Short Course National Championships, while she’s only swum the 100m IM in short course on 2 other occasions, holding a previous PB of 1:03.49 before tonight.

She is the reigning Commonwealth Games silver medalist in the long course 50m fly and she recently fired off a new Aussie National Record in the event while racing on the World Cup circuit.

As for Evans, she got her hand on the wall in a time of 1:02.24 to earn runner-up status behind Barratt in tonight’s 100m IM final.

Roberts topped the men’s 1500m freestyle field for ages 20+, getting to the time pad in a mark of 14:59.64 to represent the only swimmer on the day to go under 15:00. That’s a feat the Breakers swimmer hadn’t accomplished before this evening’s final, owning a previous lifetime fastest of 15:01.51 from 2 years ago.

Additional winners on the day included Nic Brown and Kalani Ireland who each stopped the clock at a time of 23.99 to take co-gold in the men’s edition of the 50m fly. Visiting Korean swimmer Song Im Gyu earned the fastest mark in the men’s 100m IM in 53.91.