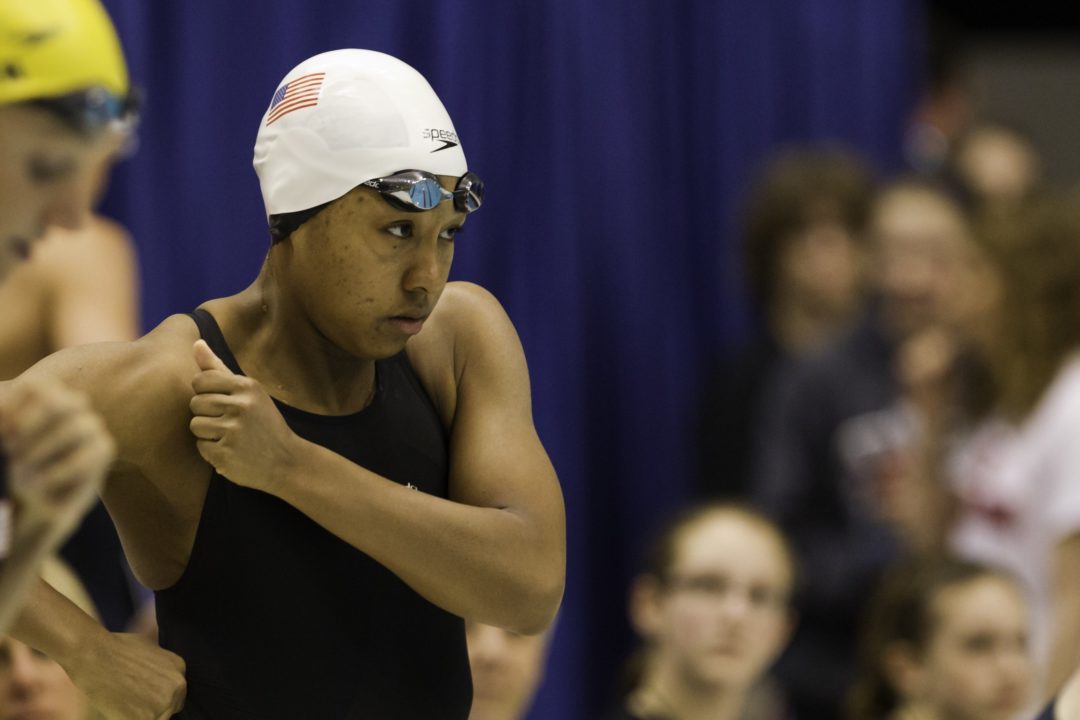 Stanford came from behind to win the NCAA title in the 400 medley relay, shattering the NCAA and American records in the process.

Clutch in that effort was anchor leg Lia Neal who split 47.0 in passing up Texas A&M, the top seed which led most of the way. Some stressful moments followed the event as officials deliberated over disqualifications, but when results finally went official, Stanford got their record-breaking swim. Joining Neal were Maya DiRado, Katie Olsen and Felicia Lee.

The splits were outstanding across the board for a Stanford team that has come up huge on day 1. DiRado was 51.42 leading off, Olsen 58.27 on breaststroke and Lee split 50.82 on fly leg in addition to Neal’s 47.00. As it turned out, those deliberations by officials shouldn’t have scared Stanford much; they didn’t even push their exchanges much at all. Olsen was .46 and Lee .35 on their reaction times.

The girls record for 4 medley is less impressive than the guys record… now before everyone freaks out… the guy’s record includes splits that are faster than the respective flat start 100 records whereas for each of the splits above someone has been faster with just a flat start.

most surprising is that Stanford is in second place overall, ahead of Cal!! WOW

with Janet Hu and Simone Manuel next year, Stanford could be unbeatable for the next couple of years.

I’m still hoping that somehow CAL will pull a miracle.

too bad no one did that

Oops my bad, I misread it thought it was fly.

Felicia Lee did 50.8 for her FLY leg which is still a really great time.