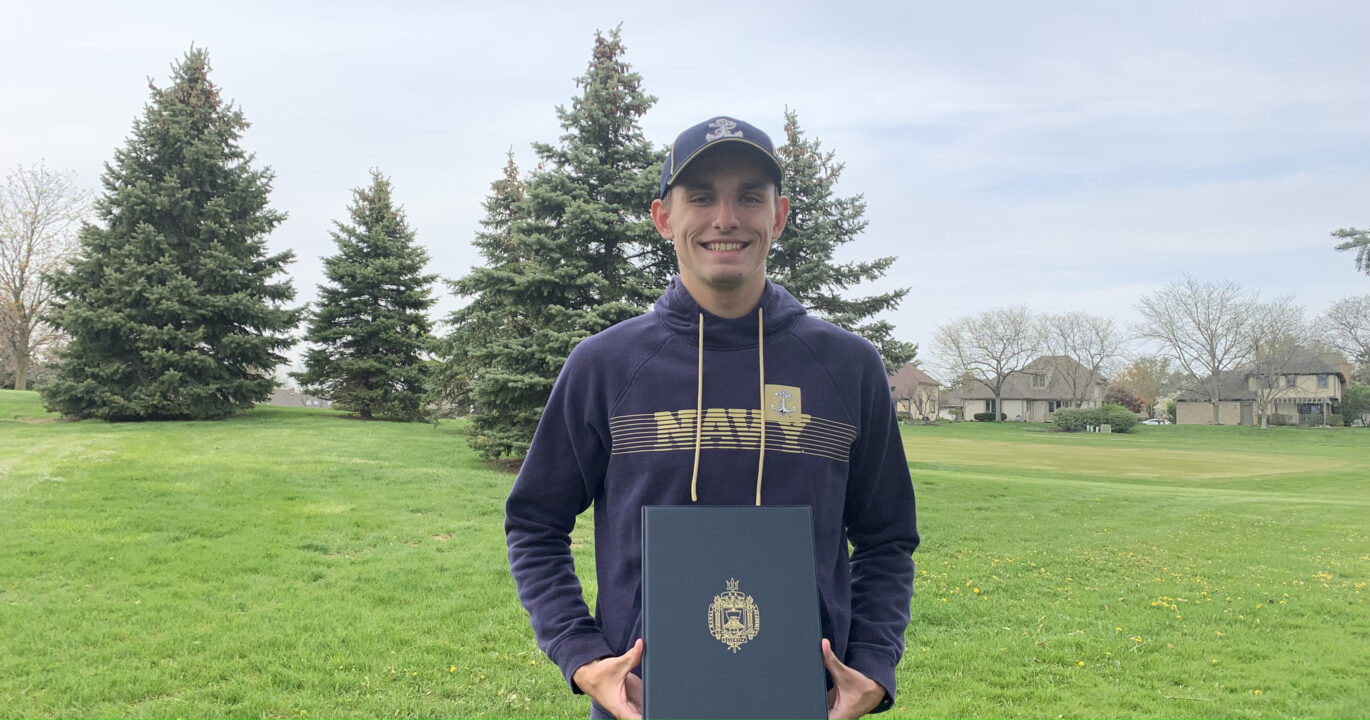 Three sport Varsity athlete Carson Smith will continue his academic and swimming careers at the US Naval Academy in the fall of 2022. Current photo via Carson Smith

Mid-distance freestyler Carson Smith has announced his decision to continue his academic and athletic careers at the United State Naval Academy beginning in the 2022-23 season. He was a Jerome High School swim team captain his senior year. He was also on the Track & Field and Cross Country teams all four years. He was Jerome’s Valedictorian, was a member of the National Honor Society, and was a CAP mentor.

Smith is a USA Swimming Scholastic All-American and a 3-time NISCA All-American. He swims club with the Dublin Community Sea Dragons.

The Brigade of Midshipmen is a dedicated brotherhood that I am honored to join. The unparalleled experiences and opportunities within The Naval Academy make me proud to join this culture of excellence. Go Navy! Beat Army!

He and his teammates were state runners-up in both the 200 and 400 free relays.

He has held the Jerome school records in the 200 and 500 free since his freshman year. He also has his name on the record board for the 200 free and 400 free relays. He is a USA Swimming Scholastic All-American and a 3-time NISCA All-American.

Smith has had an equally successful high school career as a runner. He was a 2-time Cross Country team captain and was a member of the State qualifying team. His track team awarded him with the Newcomer Award his freshman year and he was recognized as the MVP for distance running his junior year.

The US Naval Academy will welcome Smith to Annapolis in the fall of 2022. Once there, he plans to study Aerospace Engineering with the intention of graduating as a naval aviator.

Navy took home the 2022 Patriot League Championship title. Smith’s personal best times would have placed him in the A-final of the 200 free and the B-final of the 100 and 500 free. He would have been the team’s third-fastest 200 freestyler last season, likely putting him on the A relay.

Zach Stump, Gio Aguirre, Mitch Dubey, Jack Lambert, George Brooker, and Charlie Krone have already sent in their verbals for the US Naval Academy’s class of 2026.