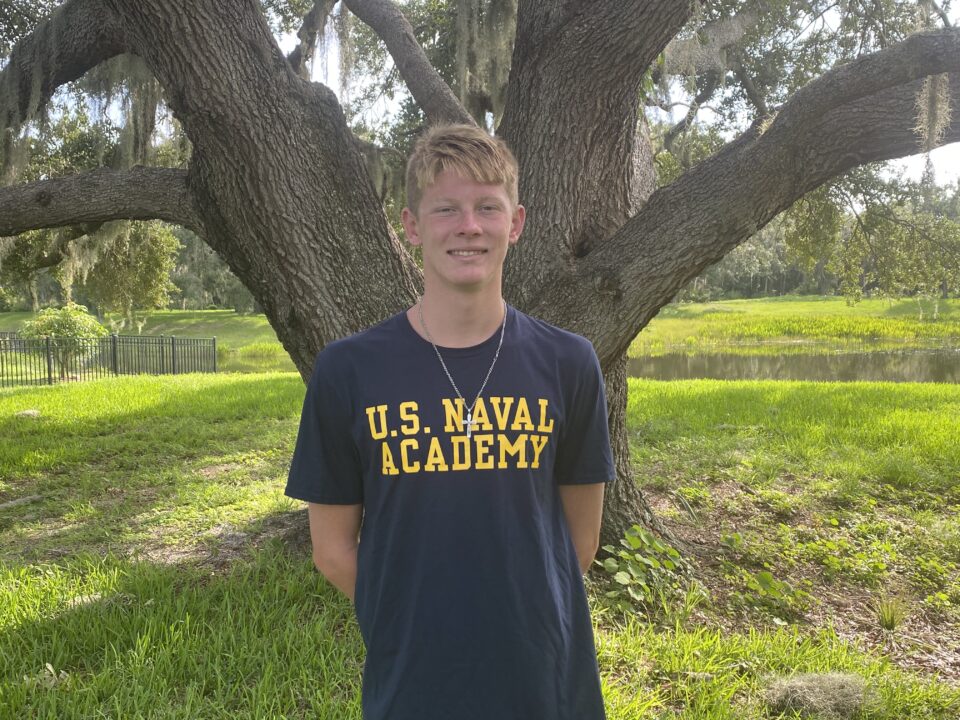 Jack Lambert, who swims for the Sarasota Sharks, announced his verbal commitment to swim at the US Naval Academy as a member of the class of 2026. Current photo via Jack Lambert

Jack Lambert, who swims for the Sarasota Sharks, announced his verbal commitment to swim at the US Naval Academy as part of its class of 2026

“After careful consideration of all my options, I am extremely excited and proud to announce my verbal commitment to continue my academic and athletic careers with the United States Naval Academy.  I believe the Naval Academy will offer the best opportunities to me both in and out of the water setting me up for a lifetime of success in all my future endeavors. I would to thank my family, coaches, and friends for all of their help and support to get me to this level and I look forward to what this bright future has in store for me.  On to the next adventure…..GO NAVY!!”

Lambert is a rising senior at Venice High School in Florida. On the Sharks, he is a member of the National Team, training under coach Brent Arckey, who is also the coach of American  Olympic silver medalist Emma Weyant.

Given his speed across all of the distance freestyle events, Lambert is a strong prospect for the Naval Academy. Last season, the Navy men only had four swimmers contest the 1650 freestyle in a competition. Lambert’s time in the 1650 would have ranked third among those men, and he also would have ranked third in the non-championship 1000 freestyle. He will need to improve his 500/200 freestyle times if he wants to  become a contender in those events.

At the 2020 Patriot League Championships, Navy ran away with the men’s team title, scoring 1095 points. The team dominated the competition, winning 17 out of the 20 events offered. At that meet, Lambert would have finished sixth overall in the 1650 freestyle with his best time. He also would have been just outside of scoring range in the 500 freestyle, where it took 4:33.68 to make it back to finals.