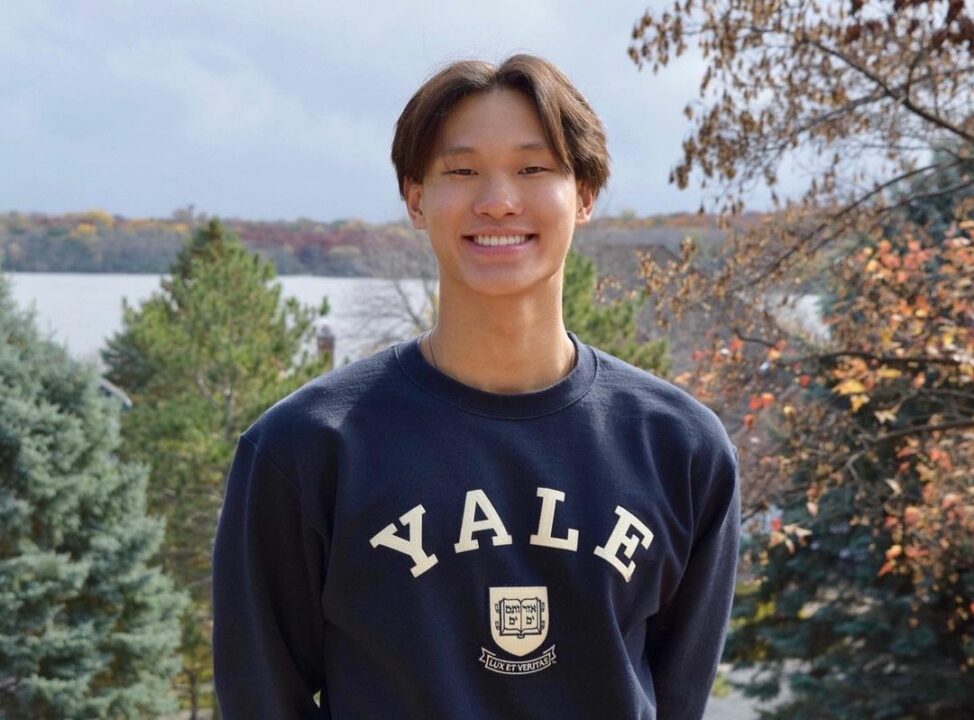 Alex Deng from Aquajets Swim Team in Minnesota will join the Yale men's team with times that would score in the A finals of the 100/200 breast at conference.

Three-time USA Swimming Scholastic All-American Alex Deng will swim for Yale University beginning in the fall of 2021. Deng announced his commitment in October 2020

“I am thrilled to announce my verbal commitment to pursue my academics and athletics at Yale University! I owe a massive thank you to my coaches, friends, and family who have provided endless support throughout this journey. GO BULLDOGS! #boolaboola🐶”

Deng hails from Eden Prairie, Minnesota. He represented Eden Prairie High School during his prep career, and swims year-round for Aquajets Swim Team. In his senior season with Eden Prairie, Deng finished second in both the 100 breast (54.76) and 100 fly (48.28) at the Minnesota MSHSL Boys AA State Swimming and Diving Championships. While the 48.28 was a PB in the fly, he was just off his fastest 100 breast time, which came from the RSC Senior Showdown in November 2020. There, he notched PBs in the 100/200 breast and 200 IM, winning the 200 breast and coming in second in the 100 breast, 100 fly, and 200 IM.

Congrats, students go in Monday no? Is it just a late announcement?