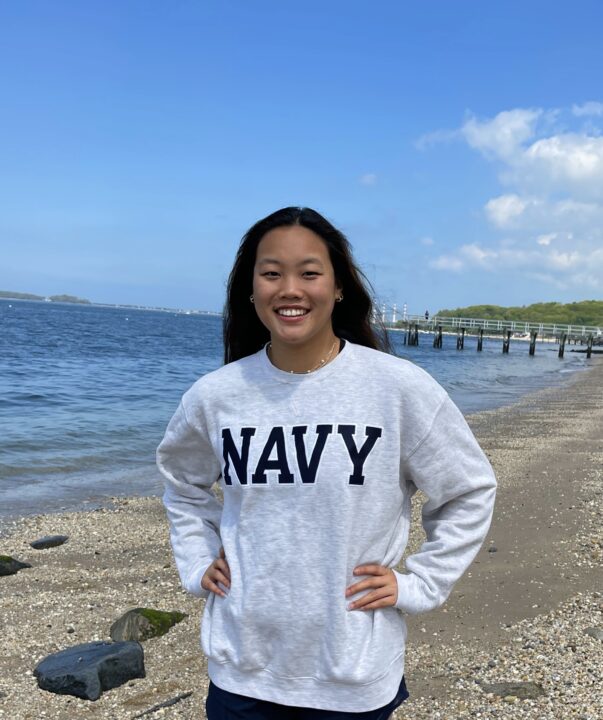 So specializes in the butterfly events, also excelling in mid-distance freestyle, IM, and breastroke. She holds Futures qualifying times in the 100 fly, 200 fly, 500 free, and 200 IM.

If So can get back to her best butterfly times, which are 2019, she will have conference-scoring potential when she arrives in Annapolis. At last year’s championships, her best 100 fly time would have placed her 15th (5th for Navy). Her 200 fly would have been 13th (5th for Navy).