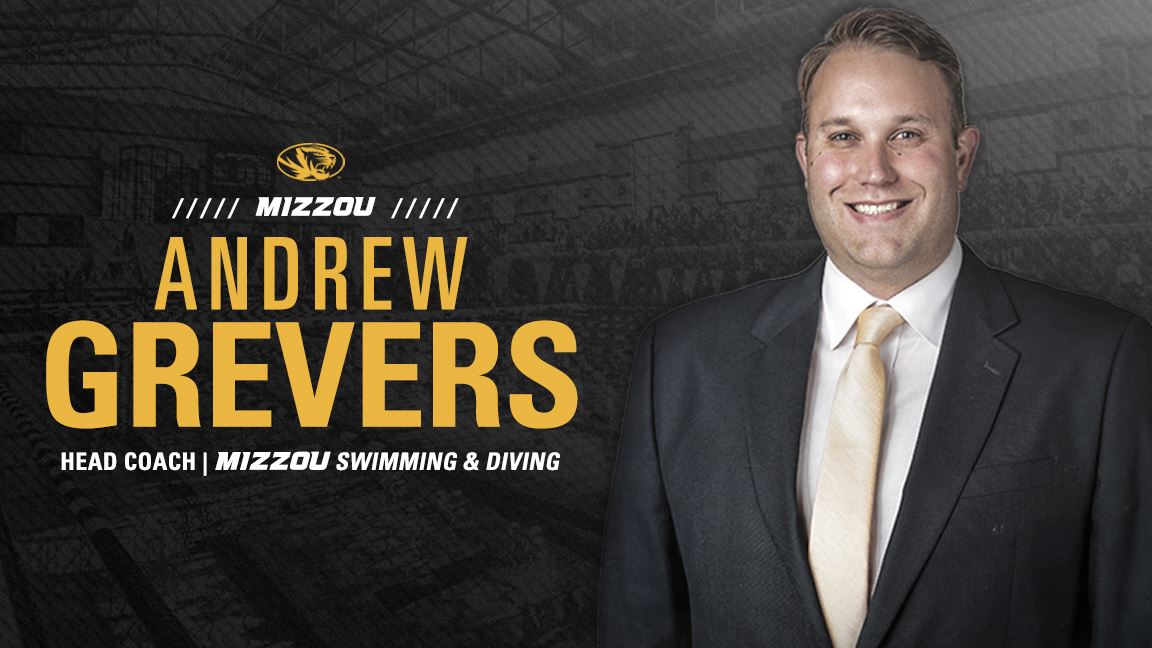 Rhodenbaugh was placed on paid administrative leave last fall as the school investigated what it called “team management allegations.” The school wouldn’t and hasn’t given any further details on Rhodenbaugh’s situation, and our Sunshine Law request for disciplinary or investigative records was denied. But The Kansas City Star reported last fall that Rhodenbaugh was under investigation by the school’s Title IX office after “multiple current or former members of the women’s swim team came forward with issues about Rhodenbaugh’s management of female athletes.”

The school named Grevers, then an associate head coach, to the role of interim head coach, and he led the men’s and women’s programs through the remainder of the 2018-2019 season. The school announced Grevers as its permanent head coach in a press release today. The release made brief mention of Rhodenbaugh, saying he had been suspended last October, and that “In accordance with the terms of his contract, he has been reassigned from his coaching position.” That reassignment appears to be a removal from the program, as Rhodenbaugh is no longer listed on the team’s roster.

Missouri didn’t seem to miss a beat in the pool with Grevers in charge, as the men’s team came up with their highest SEC finish in history: 2nd overall behind champion Florida. The women finished 7th as a team. On the men’s side, Mikel Schreuders won the first SEC event title in program history. The women ultimately placed 22nd at NCAAs and the men 11th.

Grevers has coached at Missouri since 2010, and Missouri calls him the program’s “lead sprint coach.” He was only recently promoted to associate head coach – during the 2017-2018 season. He’s the older brother of Olympian (and still-active professional swimmer) Matt Grevers, and has also coached at Northwestern University (in a volunteer capacity) and the Wildcat Aquatics club in Evanston, Illinois.

Awesome hire, the program is in great hands moving into the future. Congrats to Andy!