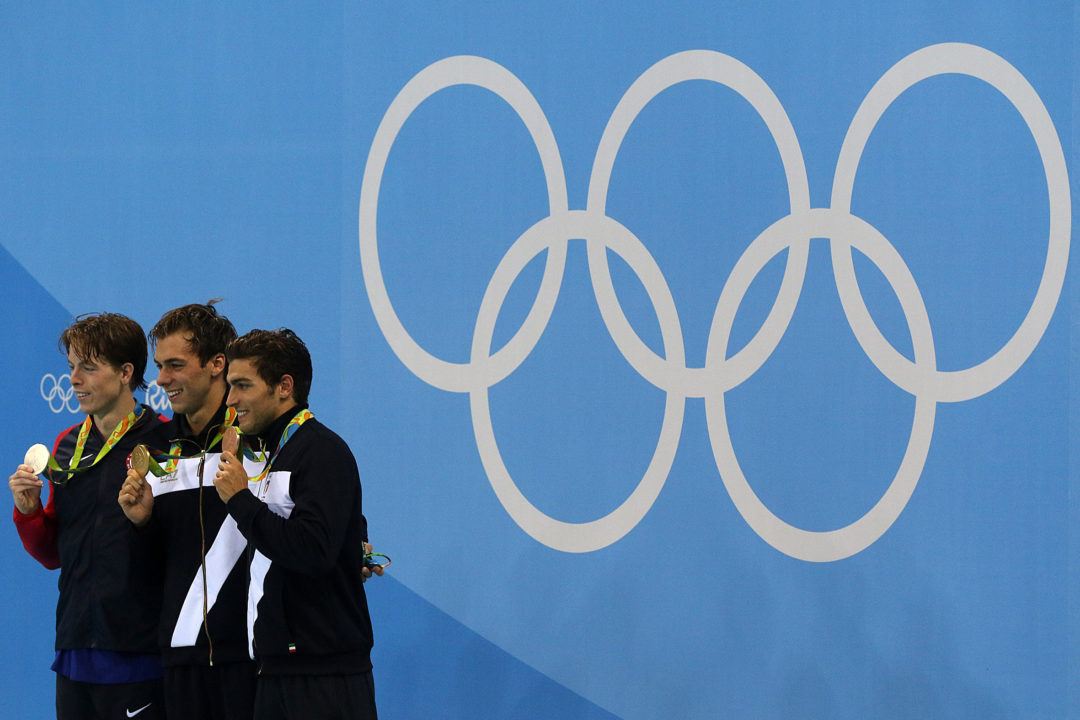 Longtime Olympic television coverage host Bob Costas will be stepping down from his post, with Mike Tirico taking over as the main face of NBC Olympic coverage beginning in 2018. Archive photo via Simone Castrovillari

Longtime Olympic television coverage host Bob Costas will be stepping down from his post, with Mike Tirico taking over as the main face of NBC Olympic coverage beginning in 2018.

Sportscaster Tirico will take over the hosting duties, following in the footsteps of someone he says he looked up to early in his life and career. Tirico was also the first-ever recipient of a scholarship named after Costas at Syracuse University. Per The Today Show:

“Someone who I grew up idolizing,” Tirico said about Costas on NBC’s TODAY morning show Thursday. “I went to Syracuse in large part for college because Bob did. I received a Bob Costas scholarship 30 years ago.”

“I’m going to be like the rest of the country, watching Mike Tirico, who will be an able successor in Korea for the Winter Olympics beginning a year from today,” Costas said on TODAY.

I’m alright with this

Can Phelps or some other retired swimmer replace Rowdy please?

Mel needs to take Rowdy’s position. No doubt about it

I think Gold Medal Mel would do a great job!

He knows not to panic on the first lap. He is breathing to his right, so he’ll see him coming home.

Guys, love Mel, but some respect please. Rowdy is a legend. He was the greatest living male swimmer in the early 1980s. He’s been a tireless Make a Splash program advocate. He’s been a great ambassador for the sport. He’s also insanely populate amongst non-swimmer geeks. My elderly mother-in-law, who couldn’t care less about swimming, loves him. He’s an icon among the casual fans of swimming which come can go every 4 years. That matters because those are the viewers into the tens of millions for NBC. Dan Hicks & Rowdy Gaines with Michelle Tafoya doing deck commentary is as good as it gets. Let’s be grateful for what they contribute to make our sport so widely exposed every Trials… Read more »

Thank Goodness the IOC came to their senses and put it back in. Can you imagine the 4×100 not in the 08 Olympics? I know that I can’t.

During the Rio Olympics, I made a special point to watch the swimming coverage on the NBCSports App rather than on NBC TV. That way I got to hear the delightful Australian duo provide the commentary and color, and I was spared the “Rowdy and Dan” show.

Whoever replaces Rowdy Gaines will be an improvement. Maybe Tiffany Stewart will do it (she’s the co-founder of SwimSwam).

I don’t disagree with Rowdy’s greatness. I disagree with how he commentates. Like a lot of sports commentators, they seem to forget what it’s like to be an athlete and say some of the dumbest things (from an athlete and coach’s perspective). He critiques some of the weirdest things during races and in my opinion he talks too much. Commentate the race and leave the other blather for after the race. Sorry… got on a soap box a little bit, but Rowdy annoys me. I too go check out the foreign commentators to hear actual race commentating and less than ear splitting excitement.

Indeed. The Aussie commentators on the NBC online stream for the Olympics were great.

Indeed. I’d like to just watch a race for once, instead of have my senses saturated with incessant chatter that builds to yelling by the end of the every race.